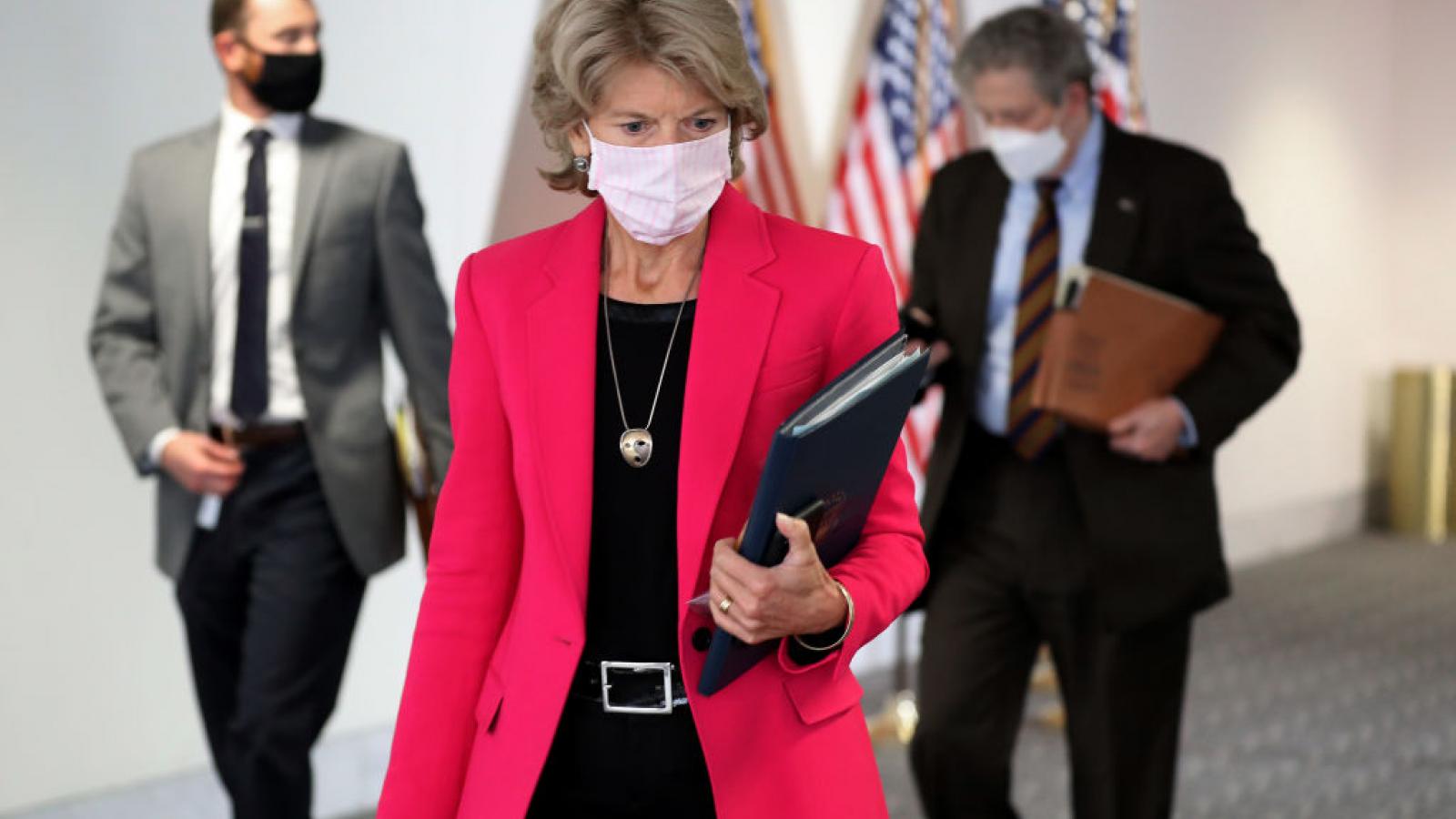 Alaskas Sen. Lisa Murkowski, one of seven Republicans senators who in January voted to impeach President Trump, is now facing a 2022 primary challenge from a GOP candidate who has hired several former Trump 2020 reelection staffers to run her campaign.

"I'm in," the candidate, Kelly Tshibaka, said Monday after resigning from her post as commissioner of the Alaska Department of Administration. "I am running for the Senate to represent our conservative Alaska values. We're going to defeat Lisa Murkowski and show the D.C. insiders what happens when Alaska has strong conservative leadership."

Pruit is an Alaska-based political consultant who worked on Murkowski's 2016 Senate campaign. Murkowski next year is seeking a fourth term.

Corey Lewandowski, one of Trump's 2016 presidential campaign managers, who now leads the pro-Trump super PAC Save America PAC, on Tuesday mentioned Murkowski by name on the "Just The News AM" TV show as as GOP senators likely to face a 2022 primary bid.

"We're going to support the candidates who support Donald Trump and his agenda, and if that means you're a Republican congressman who voted to impeach the president over the incident on January 6, then we very well may be filing candidates to run against you," Lewandowski told show host Sophie Mann.

Trump told Politico earlier in the month, "I do not know where other people will be next year, but I know where I will be – in Alaska campaigning against a disloyal and very bad senator."

Under new Alaska election laws, candidates from all parties will compete is a single primary, with the top-four finishers going to to the General Election.