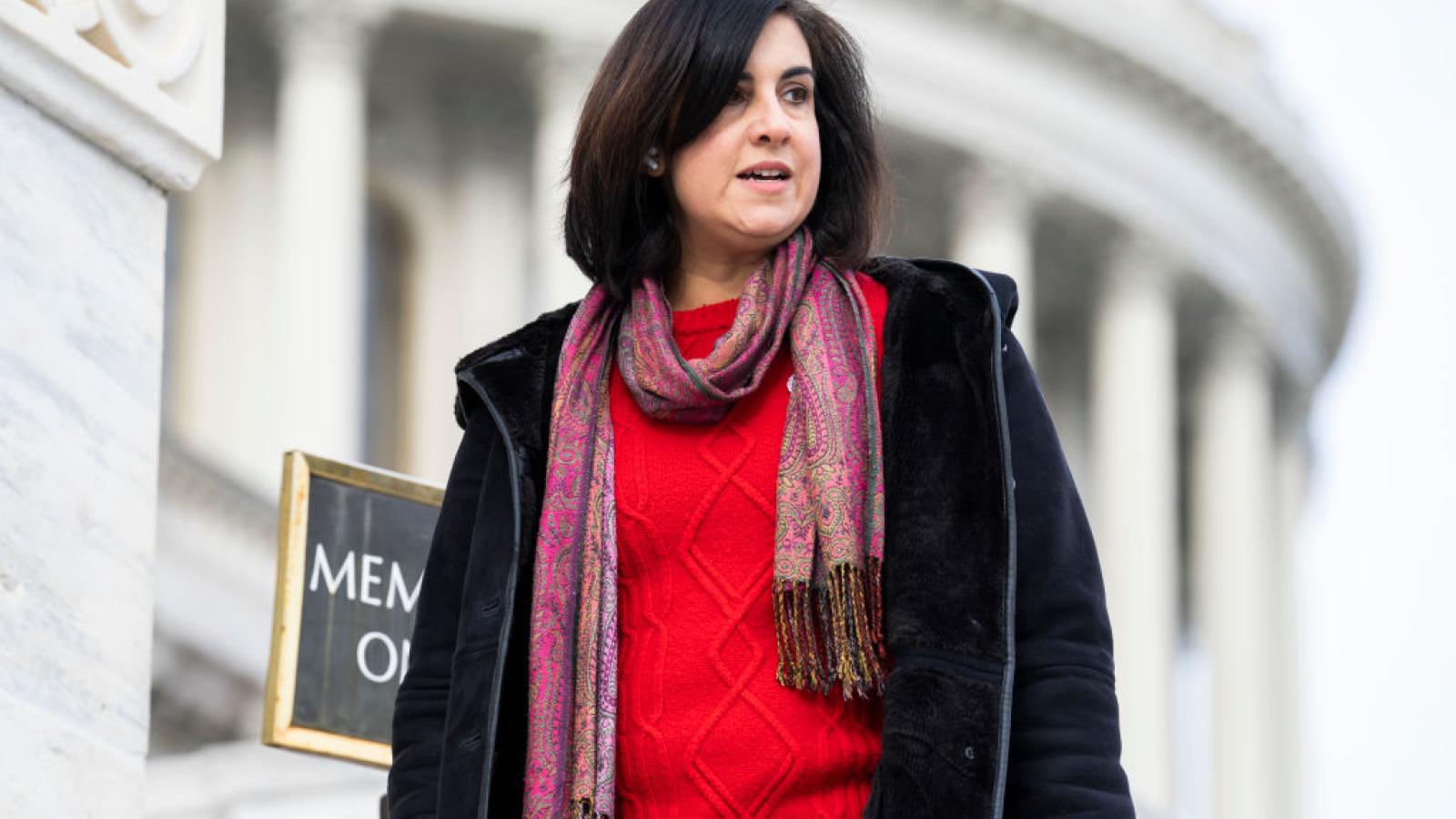 Rep. Nicole Malliotakis, R-N.Y., is seen outside the U.S. Capitol as the House voted to pass the The Freedom to Vote: John R. Lewis Act
(Tom Williams / Getty Images)
By Sophie Mann

Democrats plan to redraw Malliotakis' 11th congressional district – which primarily includes Staten Island and a tiny section of Brooklyn – to include a much larger part of the liberal-leaning borough including the neighborhoods of Gowanus, Park Slope, Red Hook, Sunset Park, and Windsor Terrace, according to the New York Post.

The district in its current configuration is considered "purple" – essentially an even mix Democrat and Republican voters.

A bipartisan redistricting commission in New York failed to agree on a plan to redraw the state maps following the 2020 census, which means total control of the redistricting process falls into the hands of the Democrat-controlled state Senate and Assembly.

Due to a population decline in the state, Republicans are losing at least one congressional seat, and Democrats are proposing redrawn lines in the far-redder upstate areas that could cost Republicans another several seats.