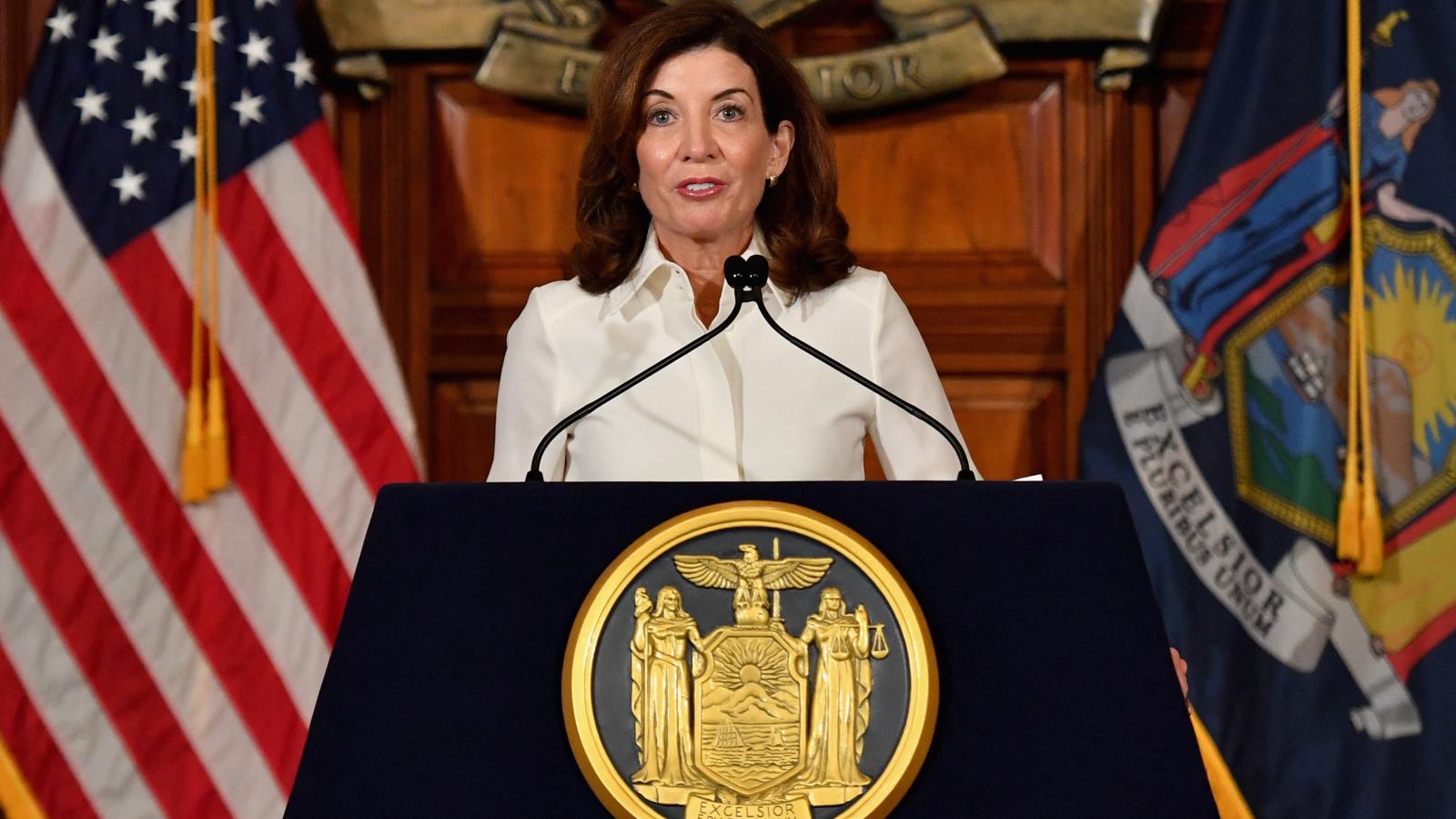 The Associated Press called the race for Hochul with 89% of precincts reporting.She took 52.9% of the vote to Zeldin's 47.1%.

The last time the state had a GOP governor was in 2007 with George Pataki.

Zeldin had mounted a strong challenge by focusing on crime and inflation in the state, a claim in part bolstered by an attack against him on the campaign trail.

Hochul came to office following the resignation of Democratic Gov. Andrew Cuomo, who was facing multiple scandals involving sexual harassment and his policy of placing COVID-19-infected individuals in nursing homes.

She previously served as lieutenant governor and is the state's first woman to hold the top job.