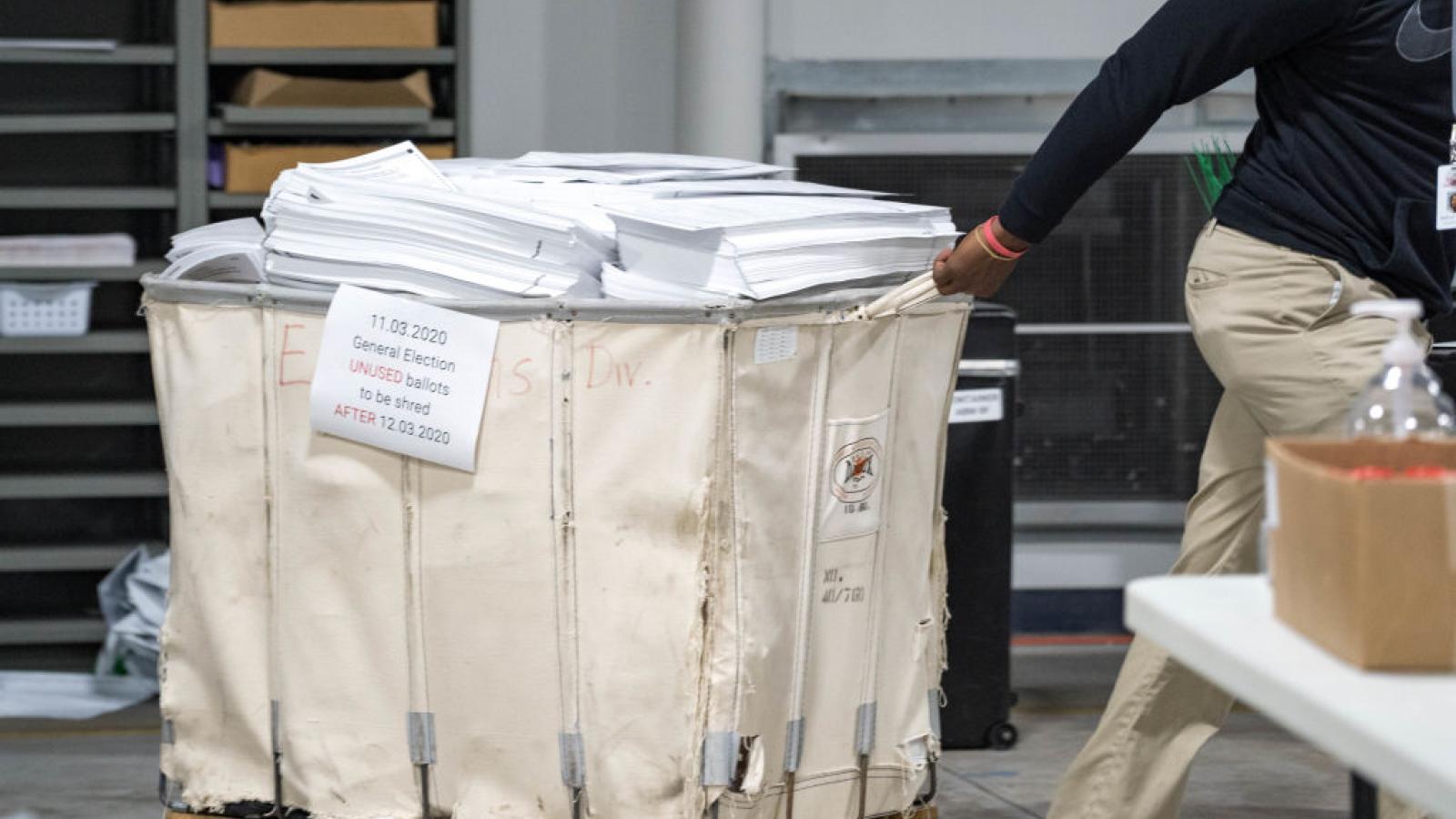 Election integrity issues from the 2020 presidential election have yet to be resolved, "so we are not ready for 2024," Phill Kline, Director of the Amistad Project, warned on Monday.

Kline was asked by "Just the News, Not Noise" TV show cohosts John Solomon and Amanda Head if election integrity issues had been solved after the 2020 election. "No, we still have many of the same problems," he replied, explaining that this is "because the legislatures have not taken the time to understand the problem."

"Georgia passed a law claiming they banned private money in elections," Kline said, referring to the election integrity law that Democrats claimed was "Jim Crow 2.0." "They actually codified it — they actually allowed Zuckerberg to do exactly what he did because they worded the law improperly, because they didn't ... take the time to understand the problem. So we are not ready for 2024."

Georgia Gov. Brian Kemp's office did not immediately respond to a request for comment.

The $350 million donated by Facebook CEO Mark Zuckerberg through the Center for Tech and Civic Life nonprofit, said Kline, "is really about one-third of the total money that went into the private management of government election offices to turn them into get-out-the-vote centers for Joe Biden — improperly so."

The nonprofits also provided services to the government election offices, "which equal the amount of money they gave, plus the expertise and analysis done by third parties who are affiliated with the nonprofits," he explained.

"These multimedia advertisers and social media groups that crunch data identify ... likely Biden voters using sophisticated advertising techniques, move into the government offices and say, 'Hey, we're here to help. Let us help you turn out the voter.' And they target a Biden voter for special government services, where those who are likely to vote for Trump don't get the same service."

This leads to voters and ballots being treated differently, which hasn't been addressed by the election integrity laws that state legislatures have passed, Kline explained.

Going into the 2022 midterm elections, "the only reason we're more secure," he said, "is because it's harder for the left to carry out its policy in a midterm election, because what they need to do is eviscerate the laws — unilaterally change them — and then have election and ideological conformity in the management of the election."

The left needs a deeply blue county, like Fulton County in Georgia or Wayne County in Michigan, "then they manipulate that election management to benefit one candidate," he said.

With the midterm elections, however, "swing congressional seats do not have that ideological conformity," Kline said, "so we're safer in 2022 because of that."

Authorities, including some in GOP-run states, have reported not finding evidence of widespread election-altering voter fraud in the November 2020 election. However, several states have acknowledged serious irregularities or unlawful changes to election rules did occur in 2020.

For instance, Wisconsin's Supreme Court has ruled election regulators unlawfully allowed tens of thousands of absentee voters to skip voter ID checks by claiming they were "indefinitely confined" by the pandemic without suffering from a disability. And Wisconsin's legislative audit bureau found numerous other rule changes were made that were not approved by the state legislature.

In Arizona, an audit called into question more than 50,000 ballots cast in the November 2020 election, while in Georgia, state election officials have uncovered such widespread mismanagement in vote counting in Fulton County that they have begun a process to have the state run future elections in the locality that includes the city of Atlanta.