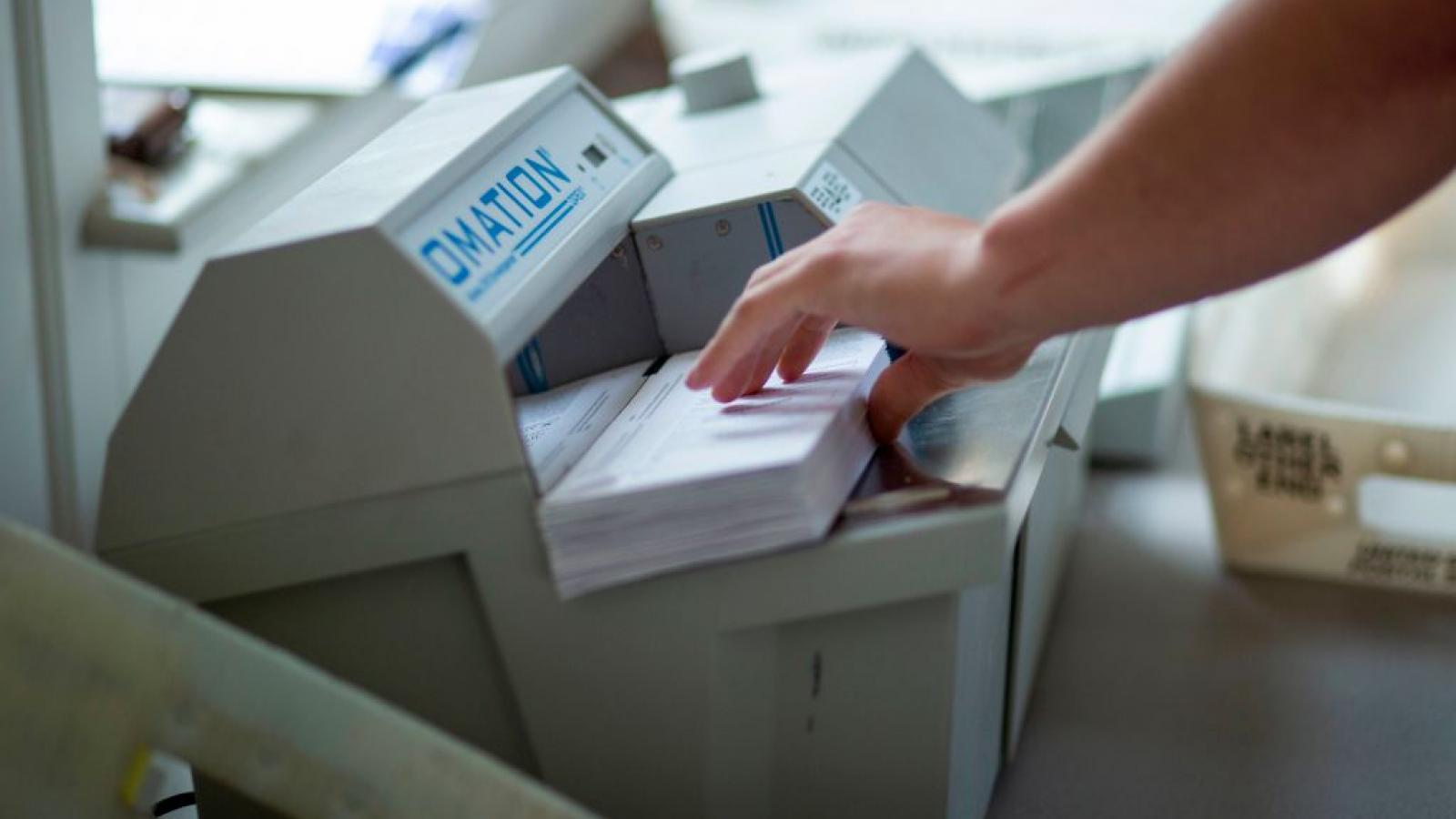 Amid widespread irregularities marring Election Day in Arizona, there is a possibility of recounts in some close state races that have yet to be called.

The elections for Arizona attorney general and superintendent of public instruction have yet to be decided, with nearly 2.5 million votes counted, which is estimated to be more than 95% of the total vote.

As of Tuesday night, GOP attorney general candidate Abraham Hamadeh was trailing Democrat nominee Kris Mayes by 771 votes, according to the unofficial results reported by the Arizona secretary of state's office. The percentages of each candidate was 50.0%.

In the superintendent race, Republican nominee Tom Horne led Democratic incumbent Kathy Hoffman by 8,576 votes, which is 0.4% of the vote.

Recounts cannot be requested by candidates or members of the public, but rather are triggered if there is less than or equal to half of 1% of the total number of votes between the top two candidates, which is five times greater than the previous threshold of 0.1%, explains the secretary of state's website. The change occurred after a new law took effect this year, following President Biden's 0.3% margin of victory over former President Trump in the 2020 election.

In the governor's race, Kari Lake was trailing Secretary of State Katie Hobbs by just  0.7% as of Tuesday night, just shy of the trigger for an automatic recount.

Lake tweeted on Monday night, following a wave of media projections calling the election  for Hobbs: "Arizonans know BS when they see it."

The Maricopa County Elections Department told Just the News on Tuesday a random hand count audit on Saturday "validated the accuracy of the tabulation system," and a "Logic and Accuracy test of tabulation equipment" will follow next week to verify the machine counted accurately.

"It has yet to be determined whether the state's automatic recount statute will be triggered," the department said. "The county canvass, or official certification of the results is required by November 28, and the statewide canvass is scheduled for December 5. If a recount is triggered it will be ordered by the courts shortly thereafter."

Maricopa, the state's most populous county, had issues with ballot on demand printers in approximately 70 vote centers, causing voters' ballots not to be counted by the machines. Voters were told by county Board of Supervisors Chairman Bill Gates that they could "1) stay where you are and wait for tabulator to come online 2) drop your ballot in the secure slot (door 3) on tabulator 3) go to a nearby vote center."

Of the estimated 250,000 in-person ballots that were cast on Election Day, 17,000, or about 7%, needed to be counted separately after being placed in a secure slot on the tabulation machines because of the electronic errors.

As of Monday night, nearly 16,000 ballots were left to be counted in Maricopa County, according to the most recent update on the secretary of state's website.

Ericka Knight, an activist associated with Hamadeh and former Trump aide Kash Patel, told "Just the News, No Noise" TV show on Tuesday about her experience of casting her ballot with Hamadeh in Maricopa County on Election Day.

"And that was happening all around me. I mean, people were getting frustrated, people were leaving, people — I mean, we don't have a day off for Election Day, people were sitting there, and eventually they're like, 'I gotta go.'"

The Maricopa County Elections Department didn't immediately respond to a request for comment about voters leaving polling locations without voting on Tuesday night.