Crist is a former Independent, Republican and Florida governor.

“You know what’s happening,” Crist asked Sunday at a state Democratic Party event in Deerfield Beach about virus numbers, according to the South Florida Sun-Sentinel. "We have gone to the top. And it is a dubious distinction. And why is that? Because we don’t have leadership."

Crist, a former Independent, Republican and Florida governor, also asked attendees: "What’s he doing about it? He’s going to Texas. He goes to the border. Texas. You’re the governor of Florida. ... He’s spending our tax dollars out there, giving our law enforcement to Texas while people are dying in Florida."

DeSantis, who appears to be a top GOP 2024 presidential contender, especially if former President Trump doesn’t run, has, like other Republican governors, made efforts to send resources to the southwest U.S. border, as the Biden administration tries to manage the migrant surge.

Florida leads the nation in COVID-19 infections, which are on the rise in almost every state as a result of the highly contagious delta variant.

DeSantis has managed to keep most of the state – and its economy – running during the pandemic. 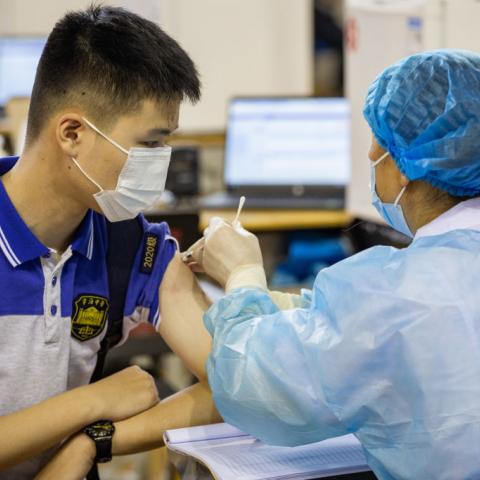