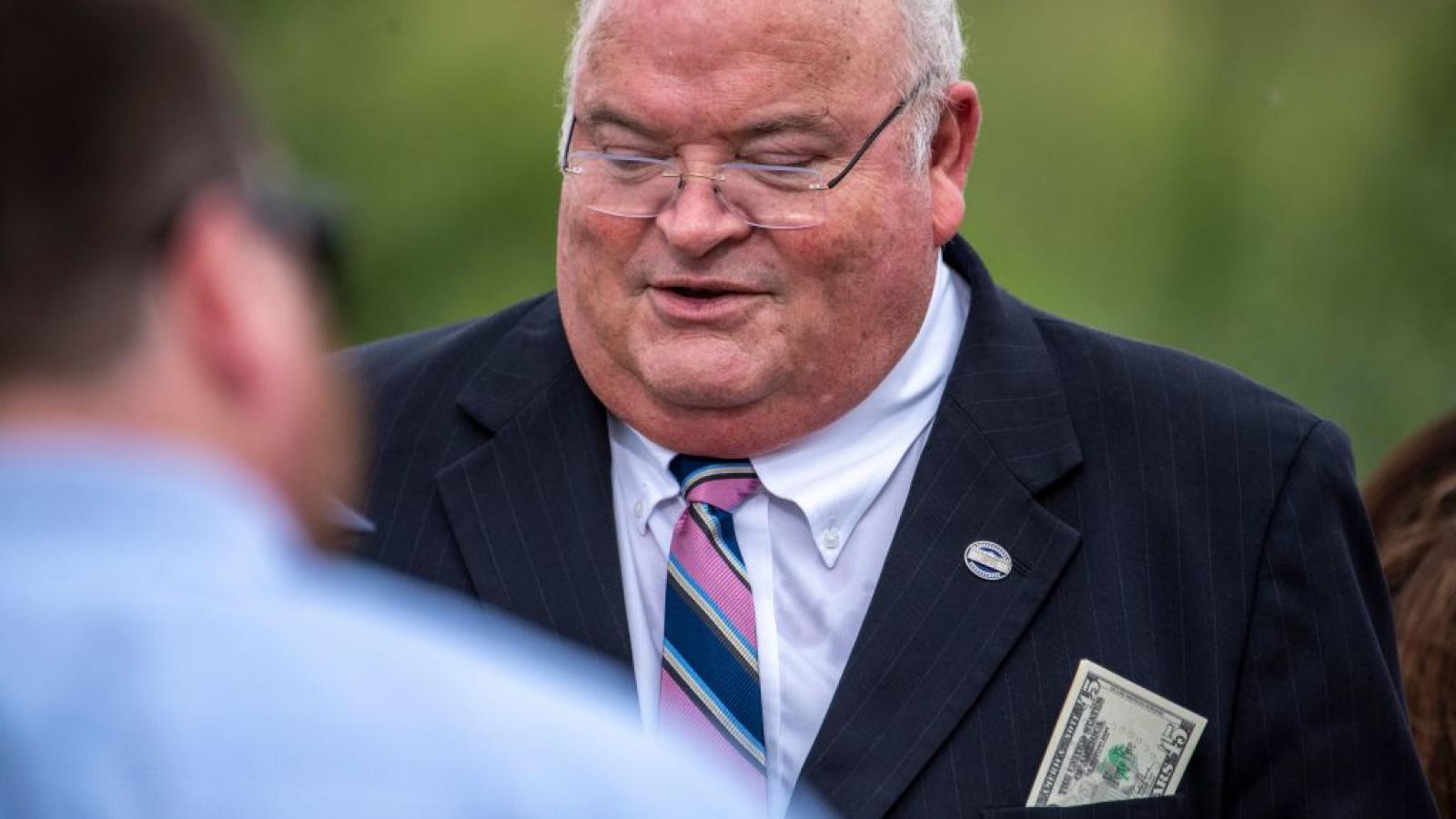 US Rep. Billy Long (R-MO) during a visit to the border wall
(Sergio Flores / Getty Images)
By Sophie Mann

Missouri Rep. Billy Long is the latest addition into the already-crowded GOP primary for a Senate seat.

Long, who has been in Congress since 2010, is already listing as advisers Jamestown Associates, the prominent Republican media firm, and Kellyanne Conway, who ran the final months of the Trump 2016 campaign.

Trump won conservative-leaning Missouri in 2016 and 2020, which has the GOP Senate candidates vying for his endorsement. The former president has yet to chose, though he has met with several of the candidates, and reportedly in regular contact with Missouri GOP. Sen Josh Hawley to discuss the key choice, as Republican try to retake the evenly-split Senate.

All candidates are currently attempting to align themselves closely with the former president.

Long accompanied Trump on his visit to the border this June. Greitens has been campaigning around the Arizona audit site with former Trump surrogate Rudy Giuliani. Kimberly Guilfoyle, girlfriend to Donald Trump Jr., also signed on as Greitens' national campaign chairperson early in the race.