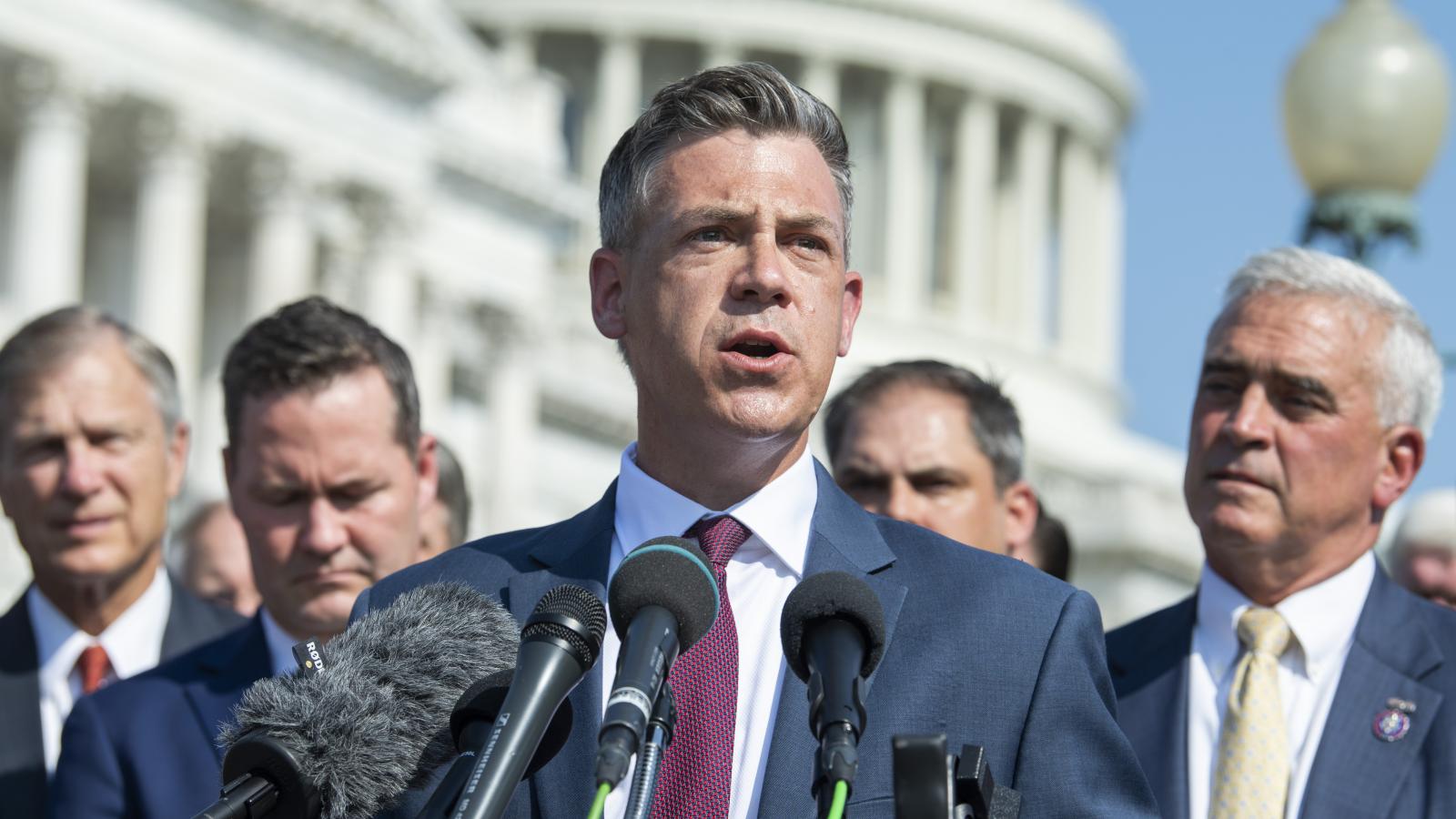 As Ohio voters narrow the Senate primary fields to a single Democrat and Republican nominee, Banks took the opportunity to remind those paying attention that he saw Vance as the right pick for Ohio and for America nearly one year ago.

Banks, among the House's most conservative members and a loyal Trump supporter, made the rare move of endorsing a primary candidate back in early August 2021.

At the time, Banks told Axios the "Hillbilly Elegy" author "isn't afraid to stand up to the woke elites and will always put middle- and working-class Ohioans first."

Trump officially gave his endorsement to Vance several weeks ago, leading to a swift bump in the polls for Vance, and a significant uptick in fundraising heading into primary day.

Banks, who is the chairman of the House Republican Study Committee, also wrote "working class memo," a document in which he outlines how he thinks the GOP has become the modern party of working class Americans.

"The Republican Party's electorate grew over the past five years, because President Trump drew working-class voters in, and Democrat elitism drove them away," he writes. "Democrats will keep alienating working-class voters because that's what their donors demand, and Republicans should welcome them with open arms by fully embracing an agenda that's worthy of their support."

Banks also argues in the document that the modern Democratic agenda is shaped "entirely by corporate interests and radical, elite cultural mores."