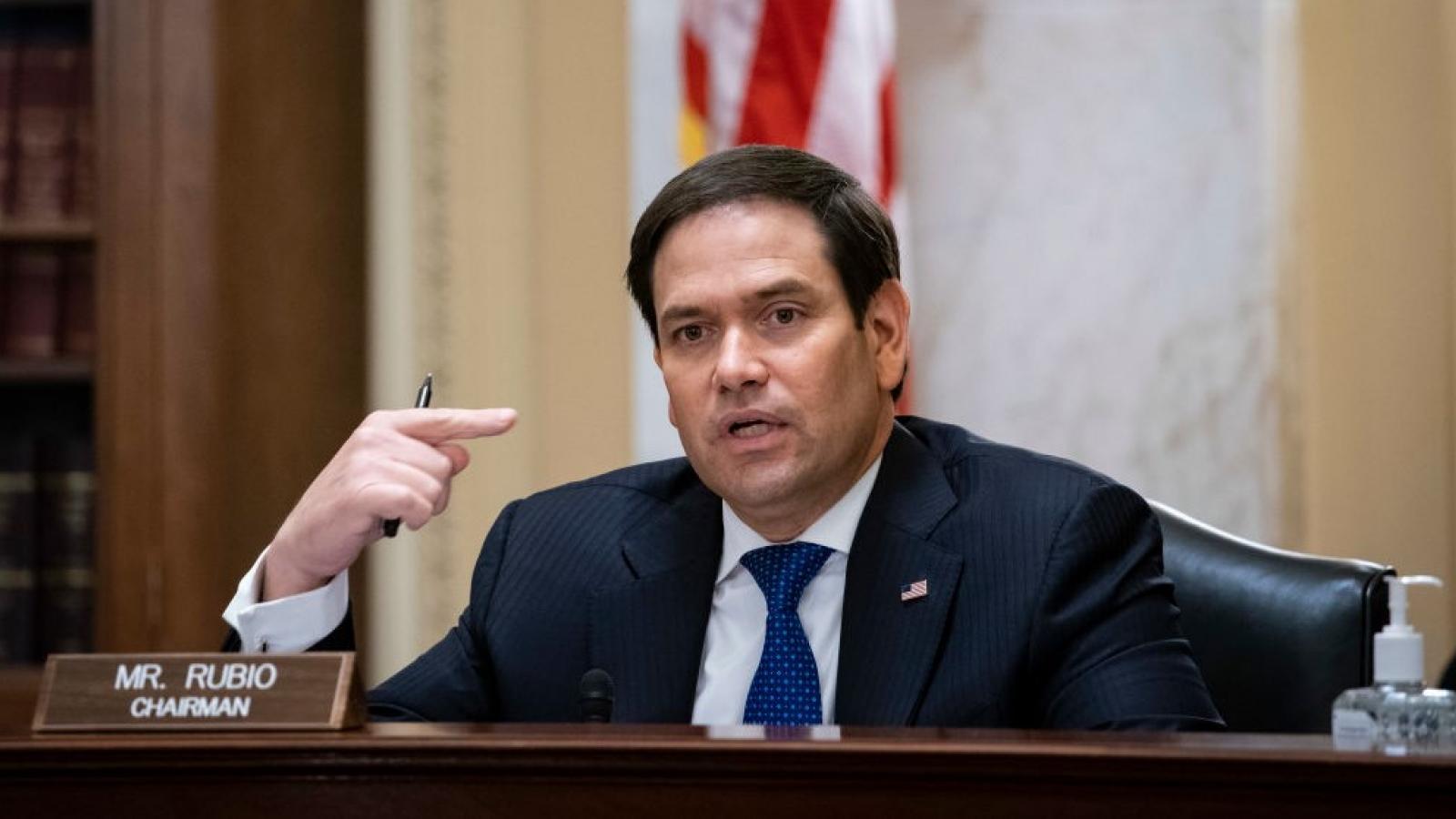 Sen. Marco Rubio, R-Fla., is leading a coalition of Republicans in Congress to sponsor legislation that would ban federal funding to states or localities that allow foreigners to vote in U.S. elections.

The new legislation, dubbed the Protecting Our Democracy by Preventing Foreign Citizens from Voting Act, was introduced after many liberal municipalities from San Francisco to New York have moved in 2021 to allow non-citizens to cast ballots in local elections

The measure is being cosponsored by GOP Sens. Steve Daines of Montana, Thom Tillis of North Carolina, John Kennedy, of Louisiana, Rick Scott of Florida and James Lankford, R-Oklahoma.

"Voting in this country is a right that should solely be limited to American citizens. Allowing non-citizens or illegal immigrants to vote, even if only in state or local elections, gives foreign nationals influence on some of the most important decisions impacting our families, our rights, and our representation in government," Duncan said.

Daines said he was concerned that "far-left states and cities have moved to disenfranchise Americans by allowing non-citizens to participate in our elections."

Kennedy said the move toward non-citizen voting makes a mockery of U.S. citizenship."

The proposed federal law comes a few months after Georgia Secretary of State Brad Raffensperger proposed an amendment to his state's constitution banning non-citizen voting in his state.

The issue of non-citizen voting first came to a boil at the end of the 2018 Georgia governor's race, when Democrat Stacey Abrams suggested the "blue wave" of voters she hoped would put in her office included the "documented and undocumented," the latter a liberal preferred term for illegal aliens.

Republicans from eventual winner Brian Kemp to President Donald Trump alleged she was calling for foreigners to vote. Abrams denied it, saying she only meant that illegal aliens are part of the constituency she planned to represent and was not seeking ineligible voters to cast ballots.

But within two years, several liberal communities have begun the process of allowing non-citizens to vote in local elections. A 1994 congressionally-passed law prohibits non-citizens from voting in elections for federal officeholders.

In Vermont, the cities of Montpelier and Winooski, both with populations under 8,000, have approved allowing non-citizens to cast ballots in municipal elections for mayor, city council and school board.

San Francisco, nine cities in Maryland and two communities in Massachusetts have all approved noncitizen voting, although the latter are still awaiting state legislative approval. And Chicago, New York City and Los Angeles are also moving forward with plans to allow foreign citizens to vote in local U.S. elections.