A hearing on the Trump campaign's federal lawsuit in Pennsylvania, seeking to stop state officials from certifying the results of the vote in the state, is  set for Tuesday, after a judge denied a campaign lawyer's request to delay the hearing.

Judge Matthew Brann, of the U.S. Middle District, told Trump campaign attorneys that they must "be prepared for argument and questioning" at the Williamsport federal courthouse today.

The president's campaign is attempting to make the case that election procedures were not uniform across the state. Kathy Boockvar, the Pennsylvania secretary of state, has requested that the lawsuit be thrown out, calling the issues identified by the campaign "at best, garden-variety irregularities."

The campaign's legal argument centers on the allegation that some Pennsylvania counties allowed voters to amend, or "cure," mall-in ballots that were in some way flawed. Voters in other counties were not given the same opportunity, thereby resulting in a violation of  the constitutional rights of due process and equal protection, according to campaign attorneys.

The suit also alleges that the advantage went to "Democratic heavy counties," while election workers in Republican districts "followed the law and did not provide a notice and cure process, disenfranchising many."

Attorneys for Boockvar say that the claims Trump's lawyers are presenting do not warrant throwing out election results. They also told the judge that other counties had the option to permit voters to fix issued with their mail-in ballots, but opted not to.

"Election practices need not cater to the lowest common denominator, and Plaintiffs’ arguments would improperly penalize those counties that are enfranchising voters by helping them avoid ballot disqualification," wrote the attorneys for the Pennsylvania Secretary of State.

Biden currently carries Pennsylvania by a margin of almost 70,000 votes. 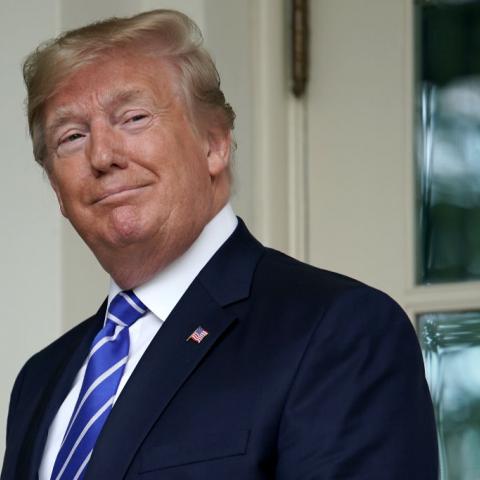