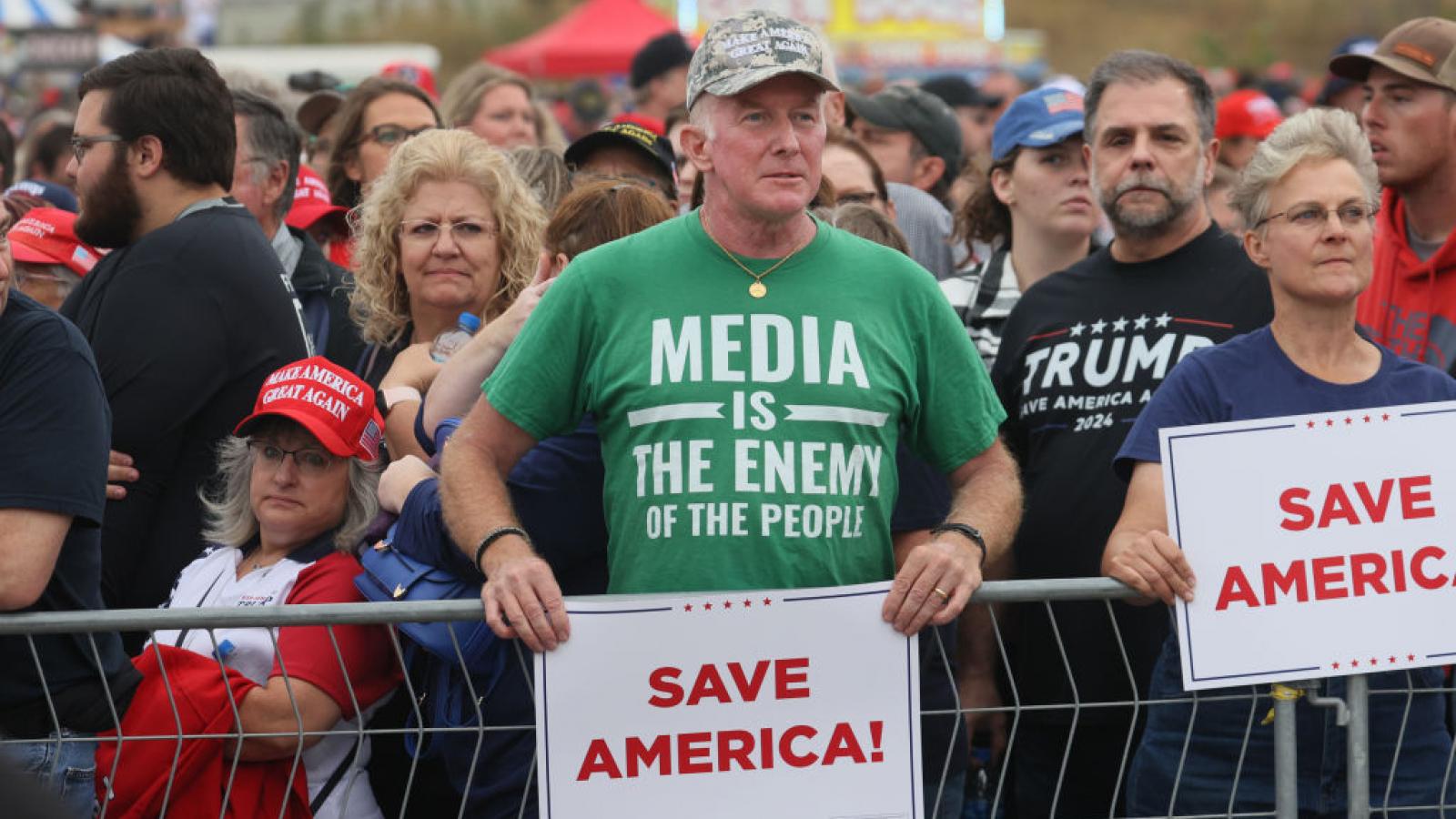 Former President Donald Trump on Saturday night gave unqualified praise to Iowa voters at a massive rally in that state, offering the electorate the strongest sign yet that he intends to run in the next presidential election.

"Boy, we did really good," Trump told a crowd at the Iowa state fairgrounds, commending attendees for the state's strong turnout in his favor in November.

Trump praised his "eight-point landslide victory" in the state, which he called "a big beautiful victory in November.”

“You proved why Iowa should continue to vote first in the nation,” he told the raucous crowd.

The former president returned to some familiar tenets of his campaign platforms, warning that Democrats in control of Washington espouse an open-border policy that threatens the safety of Americans, unlike when he was in office and imposed a travel ban for some counties that was upheld by the Supreme Court.

"Other countries are emptying their prisons" and sending "murderers" and "drug smugglers" into the U.S, Trump said.

"We're becoming a dumping ground," he continued. President "Joe Biden has launched a foreign invasion on his own country."

He also repeated the 2020 election he lost was "rigged" and that he "never conceded" the race.

Trump also retuned to lambasting "fake news," and said Washington Democrats' multi-trillion spending bill would give money to such media companies allowing reporters at the rally and others to buy a "new car."

The Iowa Caucus is the first-in-nation balloting in each presidential election cycle, with the Republican and Democratic winner of the balloting getting an early lead on the field of candidates, toward winning the respective party nomination.

The turnout and crowd reaction at the rally is expected to be a good indication on whether Trump's support extends beyond loyalists and into the more traditional GOP base.

The Iowa state fairgrounds in Des Moines is the traditional stomping grounds for candidates and potential candidates when the election cycle begins, another likely message that Trump will seek the White House again in 2024.

Trump in August hired two political consultants in Iowa – Eric Branstad and Alex Latcham – to work for his political action committee, according to The Wall Street Journal.

A Des Moines Register/Mediacom Iowa Poll released earlier this week showed the 75-year-old Trump with now higher favorability ratings in the state than he did as president.

Fifty-three percent of Iowans – including 91% of Republicans – view him positively. However, the survey didn’t ask Republicans whether they would like to see him run again.

Rich Schwarm, a former Iowa state GOP chairman, told the news outlet there is strong support among the Republican voters there for Trump’s policies. There are, however, mixed feelings about “whether he is the strongest messenger” for the party. “I think he would be the front-runner here if he were to run,” he said.

Mark Lundberg, a former Republican chairman in northwest Iowa’s Sioux County, told the newspaper: "My preference is that Donald Trump has a role in the direction of our country and party and some influence over candidates, but I think it would be best for someone else to become the standard-bearer."