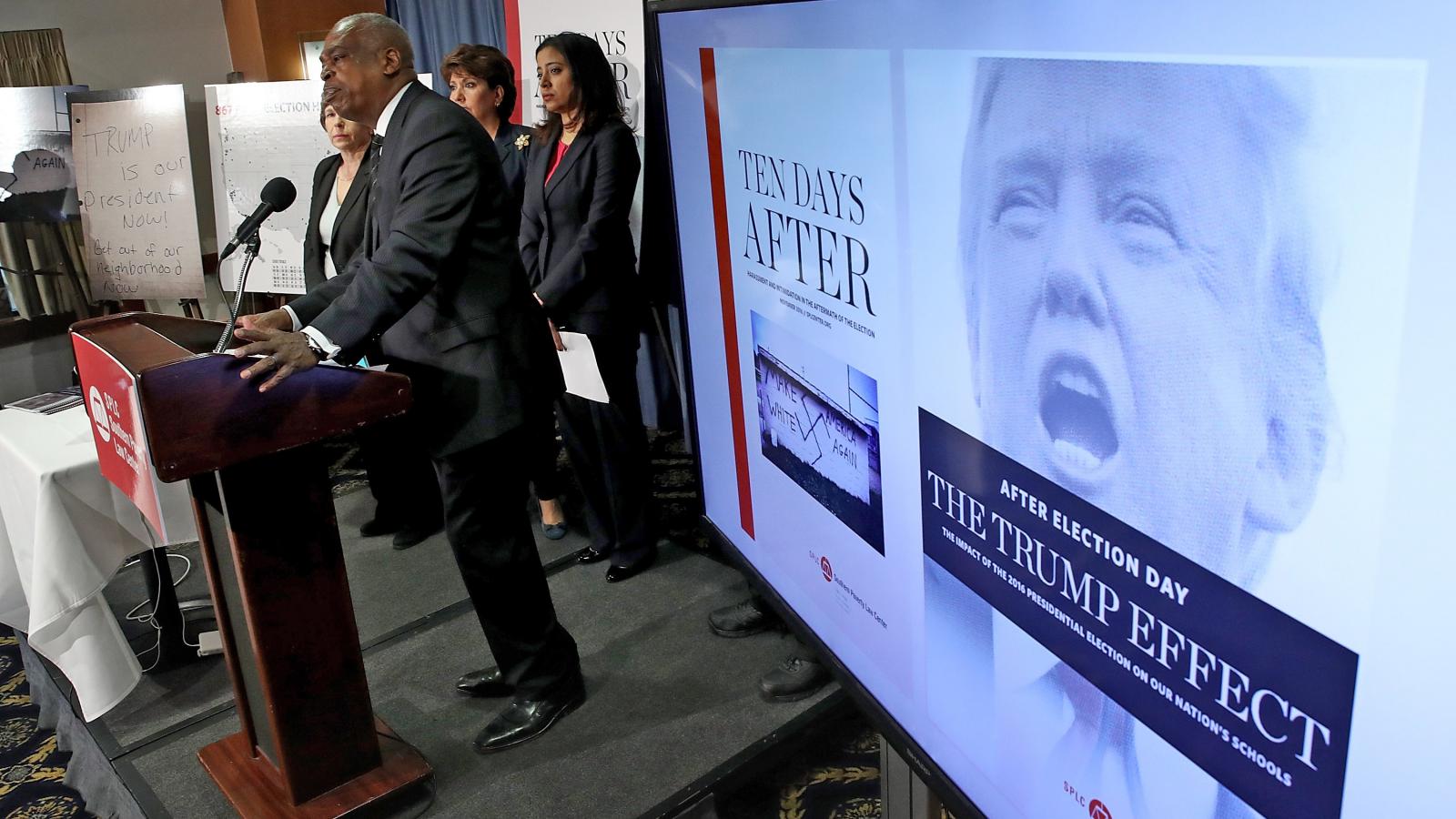 A liberal nonprofit that accused President Donald Trump of unleashing a "surge in white supremacy and hate" donated $85,000 last fall to election administrators in Georgia's largest county as part of a campaign to turn out black votes in the 2020 election. Auditors now want some of that money returned.

The Fulton County Auditor declared this month that county election officials failed to spend all of the Southern Poverty Law Center's grant for buying absentee ballot drop boxes and did not comply with one of the grant's primary requirements to publicly disclose how many ballots were collected in the boxes.

"The grant specified that any unused funds were to be returned to the SPLC by December 31, 2020. During our review, we identified that (21) ballot drop boxes were purchased on September 10, 2020 for a total cost of $40,614," the auditor reported. "We also noted that as of the date of our review, the remaining $44,386 had not been returned to the SPLC and the funds remain in the Registration and Election Department's budget."

Officials in the county elections office, which includes Atlanta and has suffered from documented mismanagement, told the auditors they were in touch with the county's grant division about returning money. But the report noted the deadline for doing so was already eight months past.

"Failure to return grant funds by the agreed upon deadline may lead to misuse of funds, restriction of future funding, as well as inaccurate record-keeping and financial reporting," the auditors noted.

The audit findings are the latest to shine a light on private funds from prominent liberals that bypassed political parties, candidates and campaigns during the 2020 election and went instead to the independent judges and administrators of local elections, all in the name of  pandemic safety.

Facebook founder Mark Zuckerberg stirred controversy by donating a stunning $350 million in 2020 to another group, the Center for Tech and Civic Life, to provide grants to election administrators. Much of that money was targeted to large blue, urban areas and made requests to increase voter access for minority groups that typically lean Democrat.

After the election, when the impact of Zuckerberg's funding became more clear, conservatives complained his funding was really Democratic get-out-the-vote money disguised as COVID aid so it could enlist local governments in the effort. At least eight states, including Arizona, have banned such private funding to election administrators since the November 2020 election.

SPLC's role in Fulton County is likely to increase scrutiny of such private funding. Founded in the 1970s by the civil rights lawyer Morris Dees, SPLC earned a bipartisan reputation as a source of research on hate groups and racist groups. But in recent years, especially during the Trump administration, it became relentlessly critical of conservatives and aligned more with liberal doctrine.

The audit sharply criticized Fulton County's election division for failing to comply with a requirement of the SPLC grant to provide a "direct link" on the county website "displaying the amount of absentee ballots that were returned to the Registration and Elections Board, for the 2020 general election, using the absentee ballot drop boxes." The auditors found no such disclosure.

"We were informed by management that the request for this information to be placed on the County's website was made verbally, but not in writing," the auditors wrote. "Failure to adhere to agreed upon grant requirement could lead to revocation of grant funds or prohibition of future funds."

The episode is noteworthy as much for its noncompliance as the actual source of funds.

Though a 501c3 nonprofit that is supposed to avoid direct politics, the SPLC was vocally opposed to Trump and his policies from the start of his tenure to his very last days in office. Its position was overtly stated in one campaign it ran to get Americans to sign an online petition demanding America's 45th president accept responsibility for white supremacy.

It added: "At this point, it's not enough for Trump simply to condemn bigotry. He must take responsibility for the surge in white supremacy and hate that he has unleashed."

SPLC relentlessly attacked Trump and Republicans throughout the 2020 election, from its Twitter feed to official statements. For instance, in June 2020 it decried Trump's announcement he was listing the anarchist group Antifa as a terrorist organization as "further criminalization as a response to mourners and protesters demonstrating against abuses of police power. It is dangerous and unjust."

It also described Antifa this way: "Individuals loosely affiliated with antifa are typically involved in skirmishes and property crimes at demonstrations across the country, but the threat of lethal violence pales in comparison to that posed by far-right extremists."

In another infamous attack in December 2019, the group alleged that Trump had "weaponized the immigration courts into a deportation machine."

The SPLC did not respond to an email seeking comment Monday. But when it provided the grant in October 2020, SPLC claimed it was part of a broader initiative to increase the African-American vote in Georgia, which also included multiple mailers to encourage blacks to vote by absentee ballot.

"Because lower propensity voters of color are less likely to be aware that they do not need an excuse, such as being out of town, to vote absentee, the SPLC is targeting many of them with official absentee ballot applications and instructions," the group said at the time. "Included in the over one million eligible voters to be sent mailings are also new registrants of color since 2016, as well as more high propensity older voters of color who, due to the COVID-19 pandemic, may feel safer voting from home but are not tech-savvy enough to effectively use the state's online absentee ballot request system."

Phill Kline, a former Kansas attorney general and current head of the Amistad Project voter integrity initiative, said the overt anti-Trump posture of SPLC as well as its racial targeting could open the door for legal challenges.

"The SPLC joins dozens of left-leaning nonprofits funneling hundreds of millions of dollars into government election offices dictating policies which turned those offices into partisan campaign centers," Kline said. "We have circumstantial evidence this effort was multistate and coordinated thereby implicating federal and state law concerns."