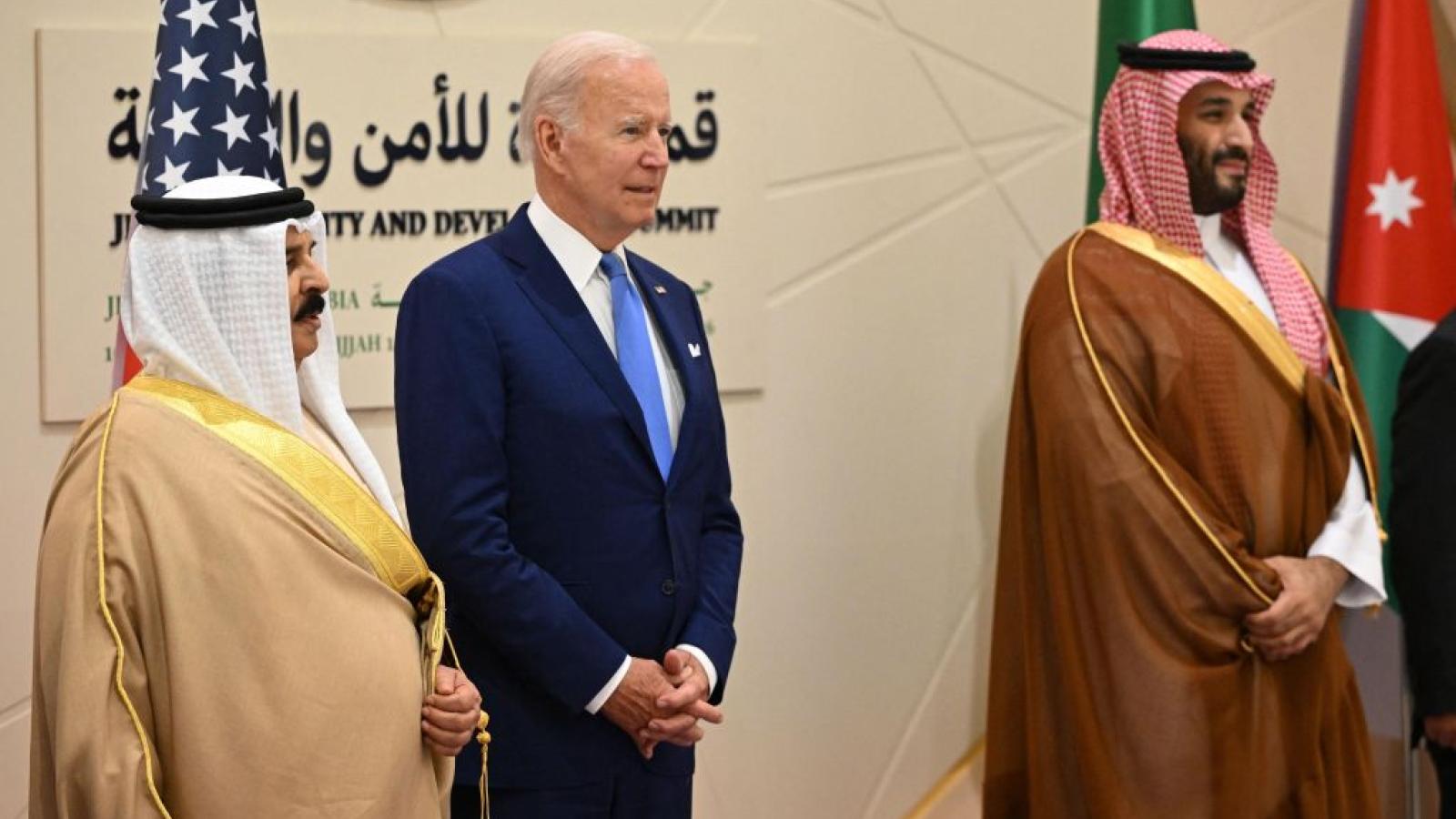 The price of crude oil surged on Monday following President Joe Biden's failure to secure a deal to boost production in Saudi Arabia during his visit to the kingdom.

Faced with an energy crisis back home, Biden sought to encourage the major OPEC nation to produce more crude and consequentially lower the worldwide price.

Americans face increasingly high energy costs as domestic production fails to keep up with demand, and sanctions stemming from the Russian invasion of Ukraine continue to wreck havoc on global markets. Average national gas prices rose above $5 per gallon for the first time in U.S. history in June and have continued to climb.