'The administration views some oil as good and some oil as bad for whatever reason,' Tim Stewart said.

President of the U.S. Oil and Gas Association Tim Stewart says that President Joe Biden's energy policies internationally are inconsistent and are hurting the American economy.

According to Stewart, it would be smart for the Biden administration to rely on the United States for oil and resources instead of other countries like Venezuela.

"The administration views some oil as good and some oil as bad for whatever reason," Stewart said on Monday's edition of the "Just the News, No Noise" TV show. "So investment in a field in Venezuela is fine. But investment in a field in North Dakota or off the Gulf Coast of Louisiana is bad. It's an inconsistent energy policy. Frankly, it's an illiterate energy policy."

Stewart said that Marxism has really corrupted and brought down the oil and gas industry.

"Venezuela used to actually produce 3 million barrels a day until the Marxists took over and then the sanctions followed," Stewart said. "Now they're down to 700,000 barrels a day. The reality is, they're an important producer, but they'll never be a real producer, as long as the Marxists are in control."

According to Stewart, the only way that Venezuela will become a real producer of oil is if Western countries step up and help them.

"The reality is that Venezuela will never ever get to where they need to be until you bring in Western companies with Western technology and expertise," Stewart explained. "What happens is whenever you put sanctions on a country — the Americans and the West pull out and the Russians and the Chinese move in. That's exactly what happened in Venezuela." 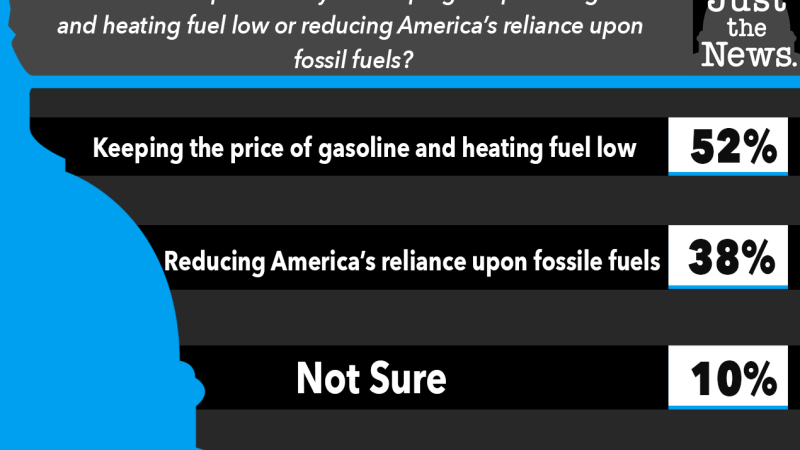