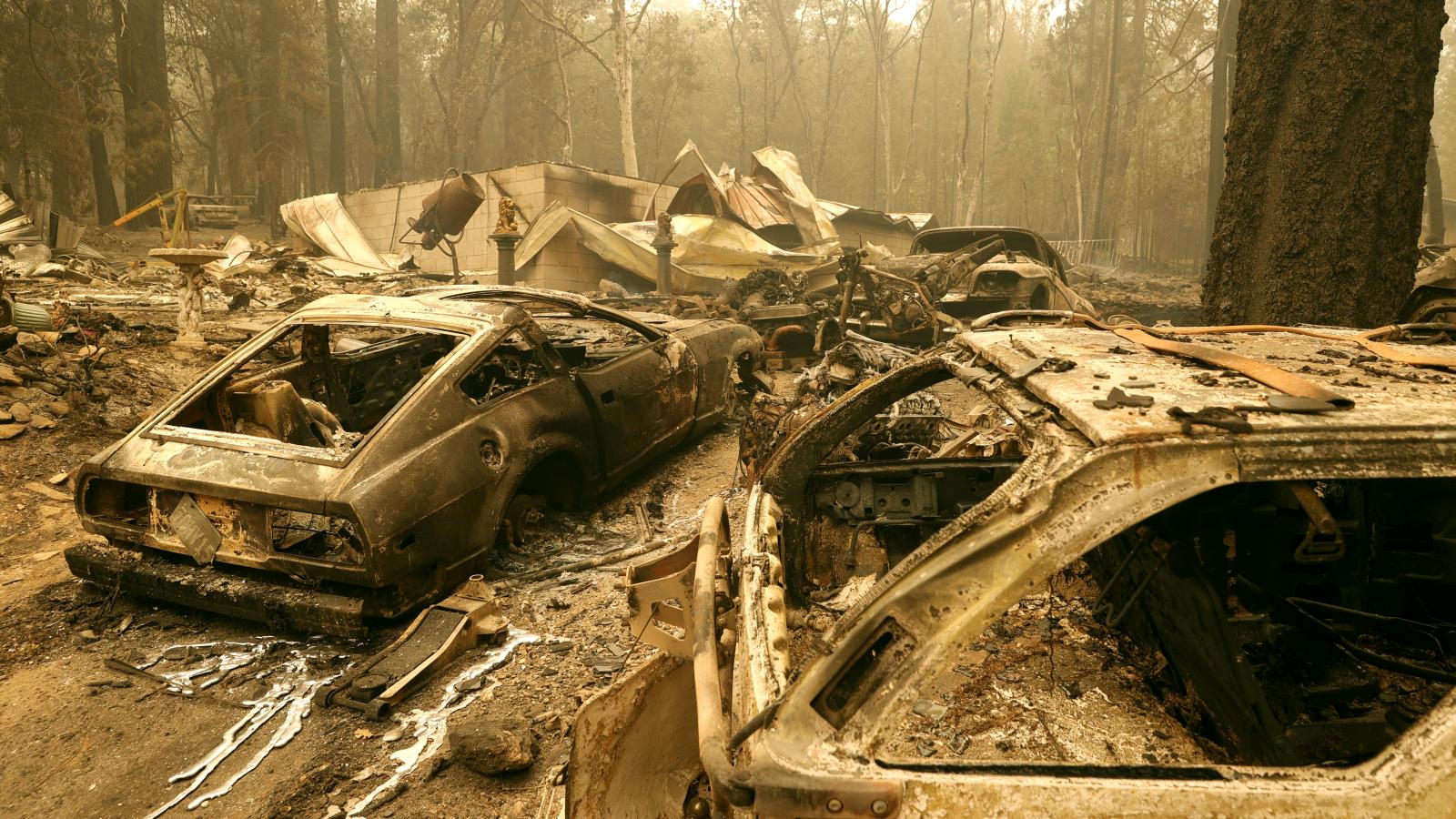 The Dixie fire, the second-largest wildfire in California history, has burned more than 463,000 acres in Northern California and destroyed over 400 homes and commercial buildings, according to reports.

The fire is currently burning across four counties -- Plumas, Butte, Lassen, and Tehama -- but more favorable weather over the weekend helped slow the spread of the fire, the Los Angeles Times reported.

A wind shift later on Sunday might increase overnight fire activity, fire officials warned, but that it would likely not be as severe as the week before, "when red-flag conditions helped send flames racing toward populated areas, decimating the town of Greenville," according to the Times.

Fire activity was suppressed by the heavy smoke covering the area, as it kept temperatures down, humidity a little higher, and wind speeds slightly lower. But later Sunday afternoon, an expected dry cold front would clear the smoke out and let the sun dry out the land.

"'Cold' is obviously relative, because it certainly doesn't mean the weather's going to be cold," said Rick Carhart, a public information officer with the California Department of Forestry and Fire Protection. "There's a chance we'll see more fire behavior today than we saw for the last two days."

The Dixie fire was started on July 13, near the Feather River Canyon PG&E power station, which the utility company said might have been caused by a tree falling on a power line. The company's equipment might have also started the Fly fire, which started on July 22 but merged with the Dixie fire, and another fire in Magalia that was put out July 14 after burning a quarter acre.

On Friday, the Dixie fire exceeded the size of the Oregon Bootleg fire, making it the largest in the U.S. this year.

Five people are missing as of Sunday. At 1:30 a.m. on Saturday, four firefighters were injured by a tree branch falling on them, officials said. One remained in the hospital in stable condition while the other three were treated and released.