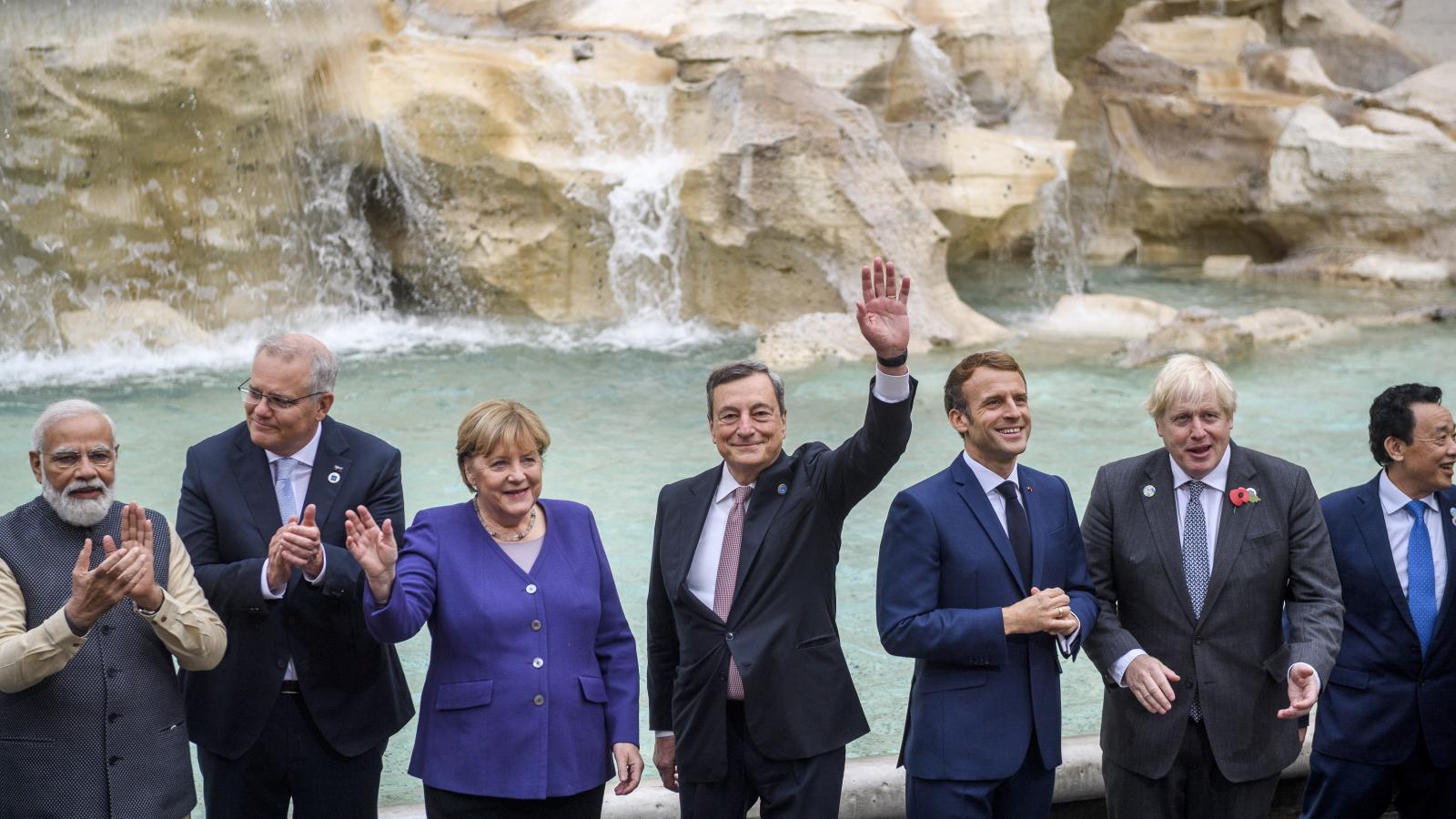 World leaders at the G20 summit in Rome committed to carbon neutrality "by or around mid-century" and to end public financing of building coal plants abroad.

The two-day summit that ended Sunday was in preparation of the U.N. climate conference in Glasgow, Scotland that also began Sunday.

The G20 summit's final communique regarding the carbon neutrality agreement said it was "acknowledging the key relevance of achieving global net-zero greenhouse gas emissions or carbon neutrality by or around mid-century," the Associated Press reported.

Carbon neutrality, or "net-zero" emissions, means a balance between how much greenhouse gases are removed from and added to the atmosphere.

British Prime Minister Boris Johnson had hoped for all G20 summit members to commit to carbon neutrality by 2050, but only the U.S. and the European Union have done so. Saudi Arabia, China, and Russia, whose leaders did not visit Rome for the summit, have set 2060 as their goal, according to the AP.

"Why do you believe 2050 is some magic figure?" asked Russian Foreign Minister Sergey Lavrov at a news conference. "If it is an ambition of the European Union, it is the right of other countries also to have ambitions....No one has proven to us or anybody else that 2050 is something everyone must subscribe to."

The G20 also agreed to "put an end to the provision of international public finance for new unabated coal power generation abroad by the end of 2021," the wire service reported.

Western countries have led the way in ending their financial support for building foreign coal plants, and Asian countries are following suit, as Chinese President Xi Jinping announced last month at the U.N. General Assembly that it would do the same and both South Korea and Japan earlier this year made similar commitments, according to the AP.

Both China and India have opposed G20 declaration proposals of phasing out coal consumption within their own countries.

"We must accelerate the phasing-out of coal and invest more in renewable energy," Italian Premier Mario Draghi said Sunday. "We also need to make sure that we use available resources wisely, which means that we should become able to adapt our technologies and also our lifestyles to this new world."

The G20 members also agreed to enacting a 15% global minimum corporate tax to deter multinational companies from dodging taxes by shifting their profits to countries with low tax rates that they may do little actual business in, according to the wire service.

The world leaders added that they will continue working on France's initiative for wealthier countries to use $100 billion annually for poorer countries in Africa to cope with climate change.