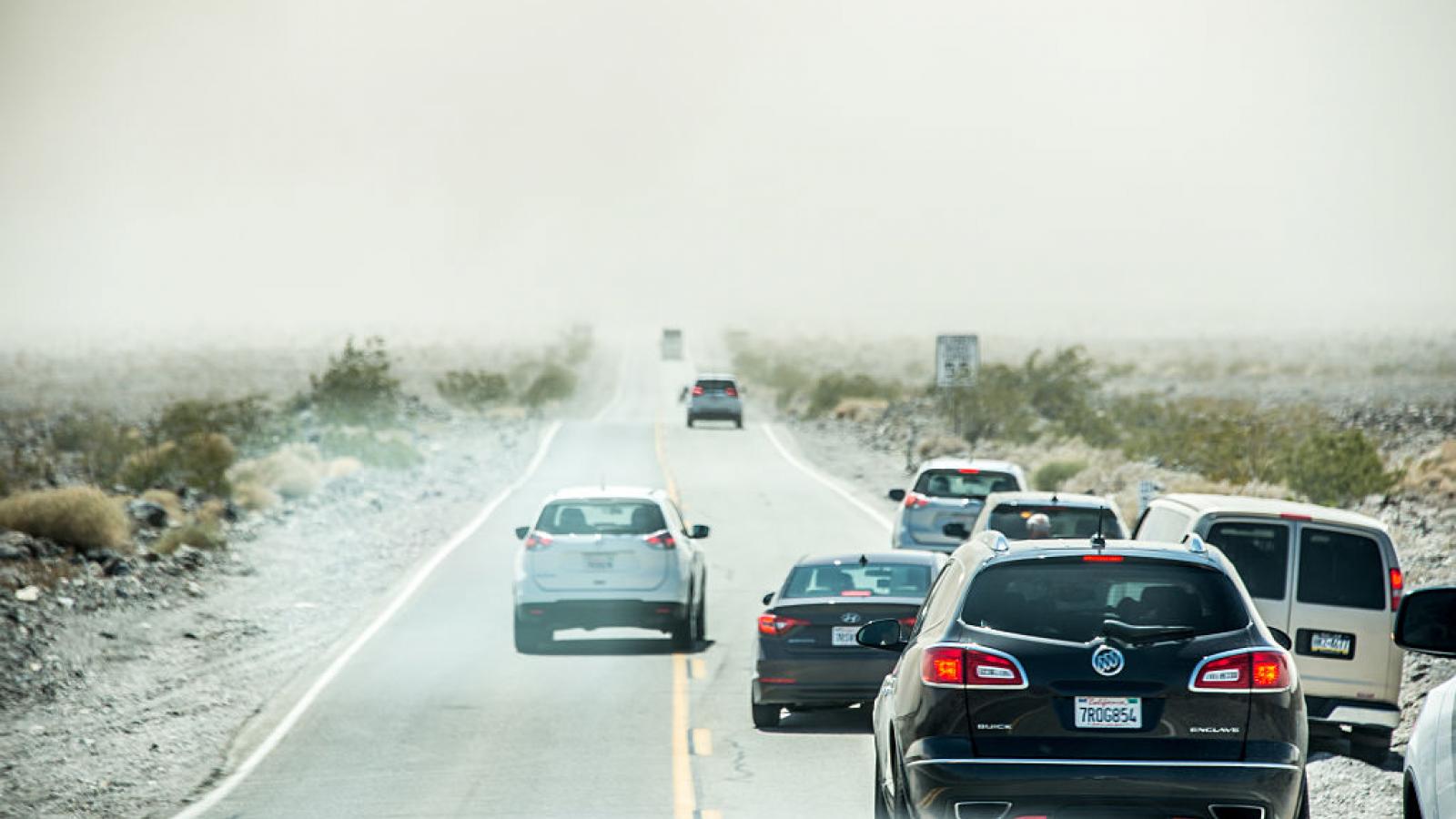 Drivers stop on side of road as a dust storm approaches.
(Hugh Peterswald/Pacific Press/LightRocket via Getty Images)
By Brianna Kraemer

At least seven people were killed this past weekend in Utah when a massive dust storm created a 20-vehicle highway crash.

"No one could see, so people started stopping, and then you just get a chain reaction. Nobody could see, and then all of a sudden, you’re slamming into a car. It’s just a horrific situation," said state trooper Andrew Battenfield, according to The New York Times