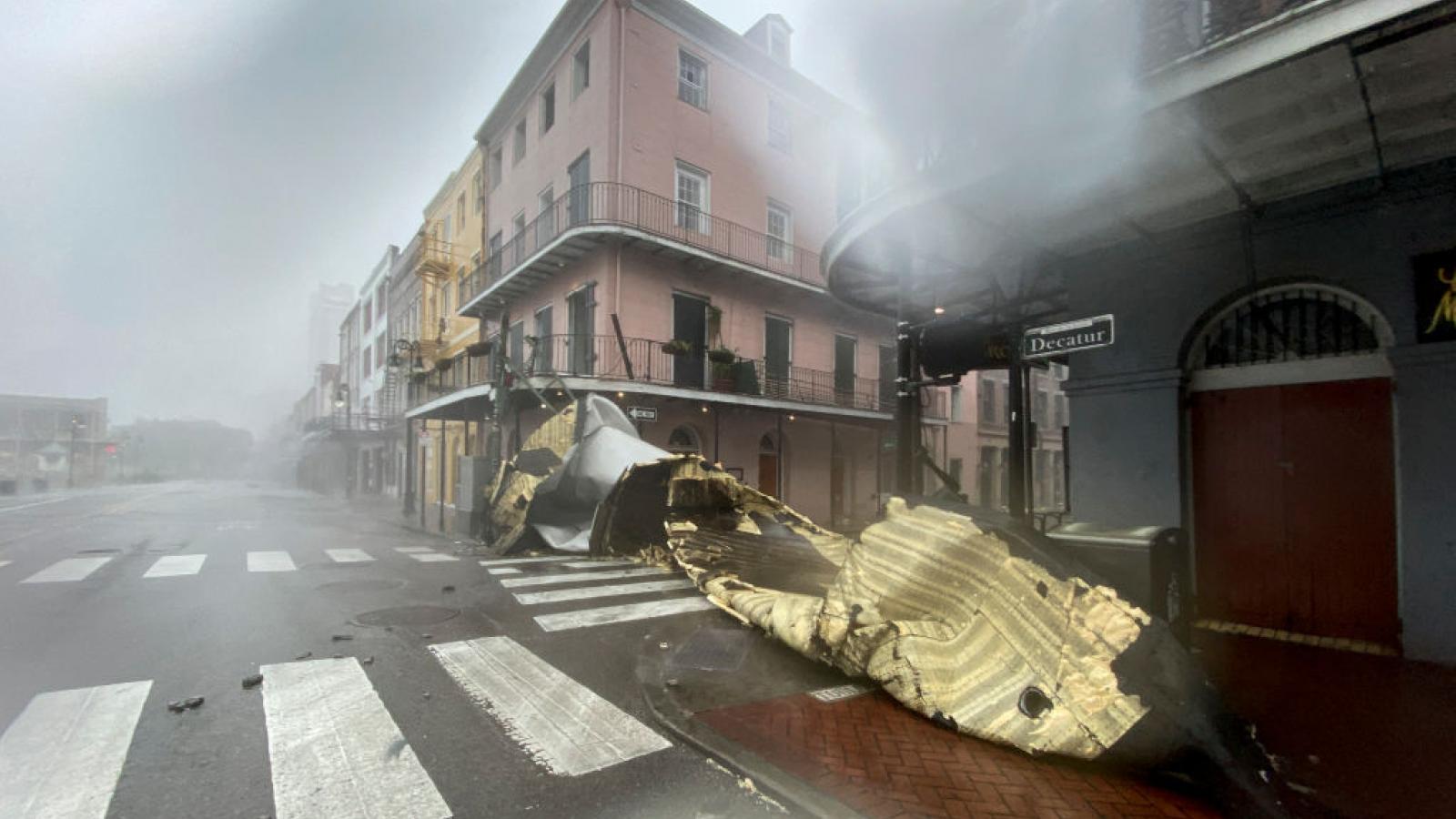 A section of a building's roof is seen after being blown off during rain and winds in the French Quarter of New Orleans, Louisiana on August 29, 2021 during Hurricane Ida
(Patrick T. Fallon / Getty Images)
By Just the News staff

Louisiana officials have reported 11 additional deaths in New Orleans from Hurricane Ida, bringing the total death toll in the state from the storm to 26.

Most of the additional deaths were older people who perished from the heat, according to the Associated Press.

The announcement was made Wednesday, amid signs the city is slowly recovering from the hurricane with power almost fully restored and a nighttime curfew lifted.

Still, hundreds of thousands of people outside the city remained without electricity and some of the hardest-hit areas still had no water, the wire service also reports.

Nine of the New Orleans deaths – in people ages 64 to 79 – were the result of “excessive heat during an extended power outage,” while the two others were from carbon monoxide poisoning, according to the Louisiana Department of Health.

More than a million people were left without power, including the entire city of New Orleans, when Ida struck on Aug. 29. The state’s largest power company, Entergy, said it expected to have electricity in the city restored to 90% by Wednesday evening, the wire service also reports.