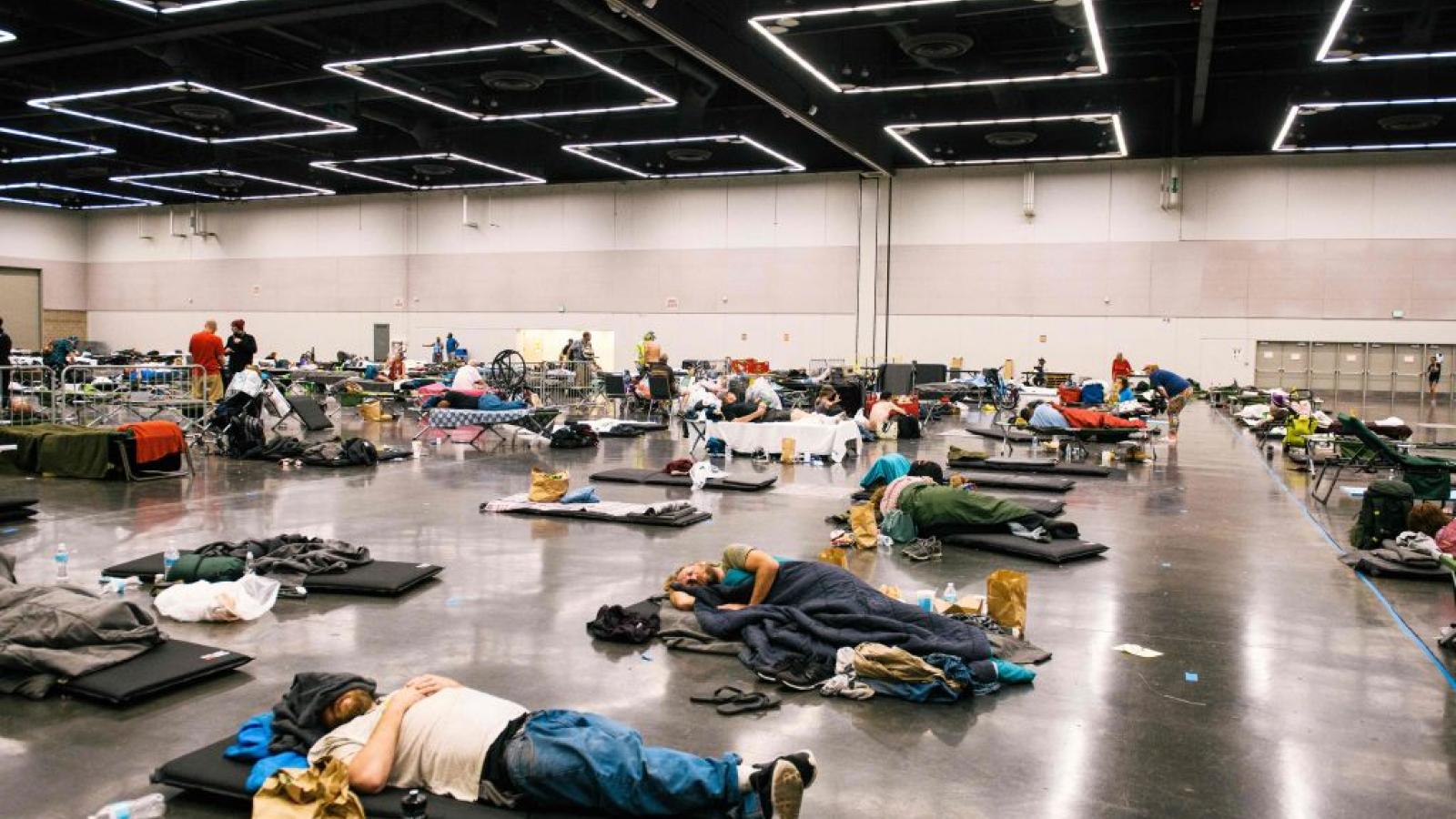 People resting in the Oregon Convention Center cooling station in Portland in June 2021 due to the historic heatwave.
(Photo by Kathryn Elsesser/AFP via Getty Images)
By Ava Castelli

A historic heat wave has recently swept across the usually temperature Pacific Northwest may be the cause behind hundreds of deaths, officials say.

Oregon health officials said Wednesday that over 60 deaths have been tied to the extreme heat since it started Friday.

Washington state authorities have linked over 20 deaths to the heat and say the number will likely rise.

The British Columbia chief coroner, Lisa Lappointe, said from Friday and Wednesday afternoon her office received at least 486 reports of  "sudden and unexpected deaths" – compared to a typical, five-day death toll of less than 200, according to the Associated Press.

"While it is too early to say with certainty how many of these deaths are heat related, it is believed likely that the significant increase in deaths reported is attributable to the extreme weather," LaPointe said.

Meteorologists described the cause of the heat wave being a dome of high pressure over the Northwest made worse by human-caused climate change. The record-breaking heat in multiple cities in the region cooled by Wednesday, but many parts are still reporting triple-digit temperatures.