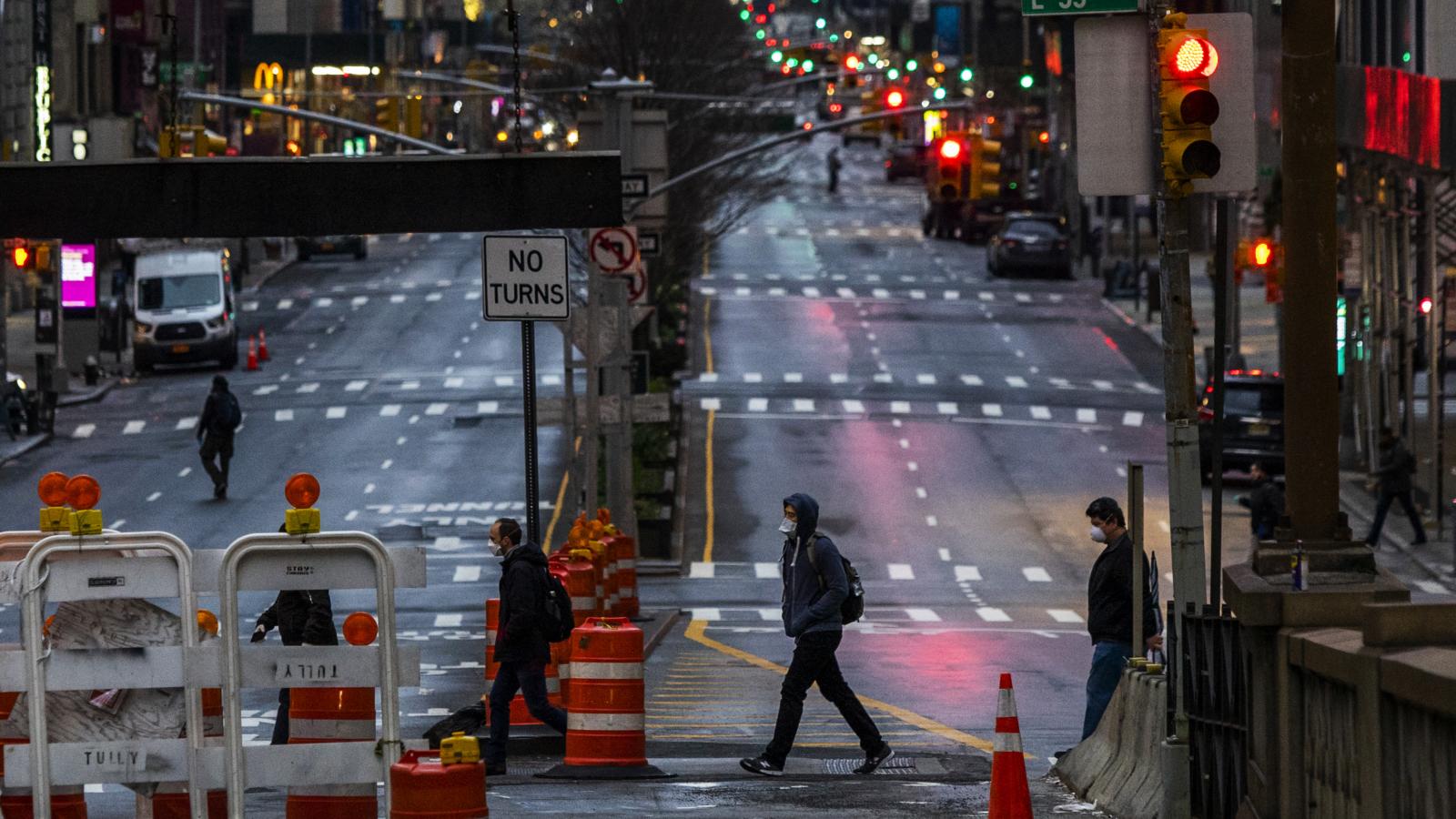 NEW YORK, NY - MARCH 27: People cross Park Av. after it was announced that some streets will be shut as lockdown continues in response to the coronavirus (COVID-19) outbreak on March 27, 2020 in New York City.
(Photo by Eduardo Munoz Alvarez/Getty Images)
By Sophie Mann

Health officials have found poliovirus in New York City wastewater, according to an announcement from the city's Department of Health and Mental Hygiene on Friday. The discovery likely means that polio is circulating, currently undetected, in the city.

The virus was recently detected in wastewater samples north of the five boroughs in Orange County and Rockland County, and one case of paralytic polio was identified in Rockland County in July in an unvaccinated adult.

New York City Health Commissioner Dr. Ashwin Vasan said in a statement, "The risk to New Yorkers is real, but the defense is so simple — get vaccinated against polio."

However, in Orange and Rockland counties, vaccine rates are markedly lower, with only about 60% of children under two having received the shots.

"All children should get four doses of the polio vaccine," according to New York's city and state health departments, "with the first dose given at 6 weeks through 2 months of age, followed by one dose given at 4 months of age, 6 through 18 months old, and 4 through 6 years old."

New York State Health Commissioner Mary Bassett said that although the discovery of polio in the city was alarming, it was "not surprising."

"For every one case of paralytic polio identified, hundreds more may be undetected," said Dr. Bassett.

Polio is a highly infectious virus, but about 72% of individuals infected have no visible symptoms. An additional 25% will develop flu-like symptoms that typically fade within days. Only rarely does the disease cause permanent limb paralysis. Occasionally, it can also result in meningitis or paresthesia.

The CDC estimates that 2%-10% of childhood paralytic polio cases are fatal, a number that rises to 15%-30% in adolescents and adults.