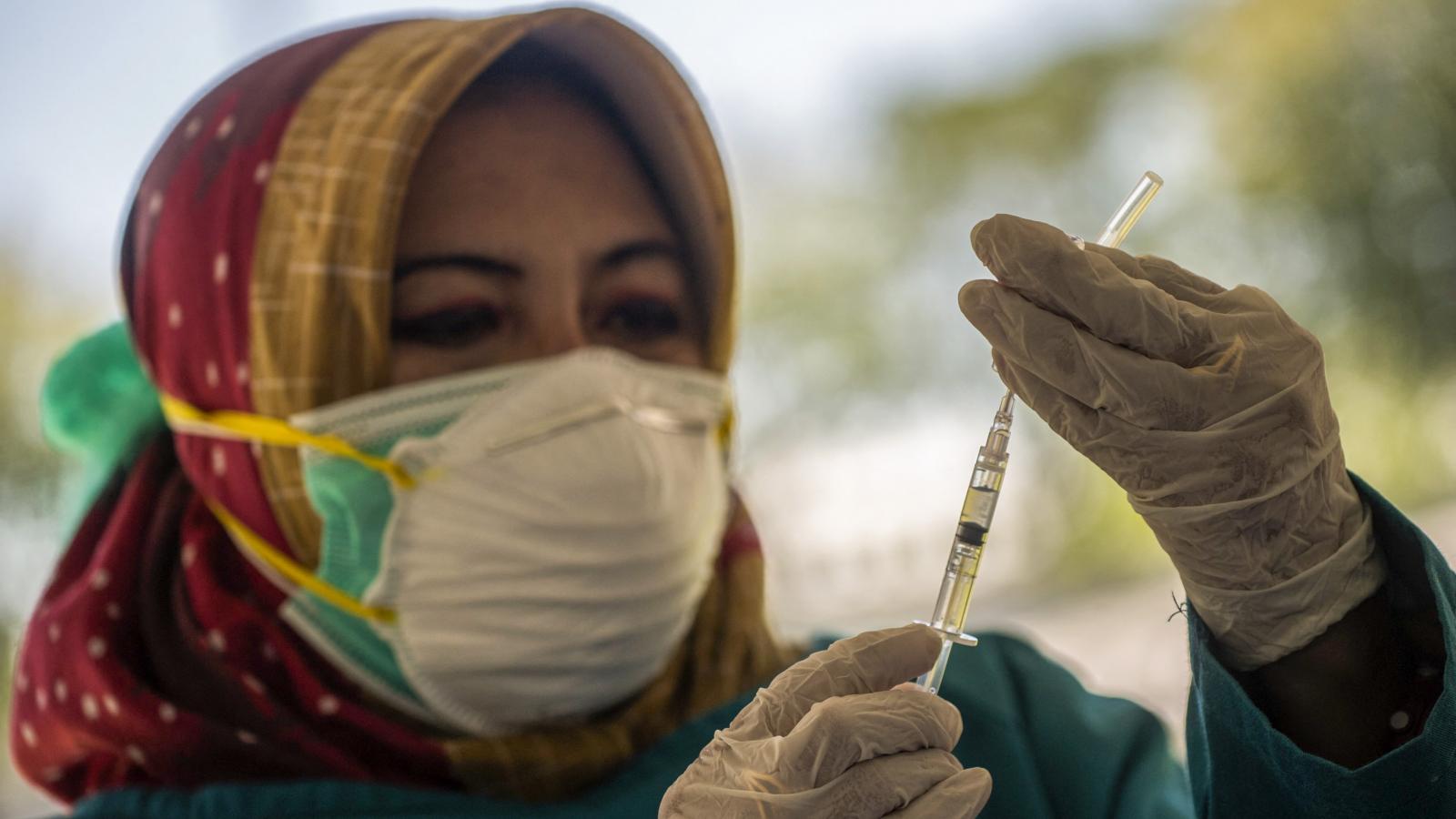 A doctor in East Java prepares to give a COVID-19 vaccine. July 6, 2021.
(Photo by JUNI KRISWANTO/AFP via Getty Images)
By Misty Severi

The number of reported COVID-19 deaths on Thursday surpassed the 4 million mark, according to the Johns Hopkins virus tracking site.

It took nine months for one million people worldwide to die as a result of the virus. The second million deaths occurred over three-and-a-half months and the third million in occurred over the months, according to The New York Times.

The number of deaths in the U.S. has sharply declined since people started getting vaccinated earlier this year.

The United States recently passed 600,000 deaths, contributing more than an eighth of the deaths globally. The U.S. and most of Europe have prioritized pushing out the vaccines, yet other countries such as those in Latin America and Africa are still struggling to vaccinate their population.

Japan recently saw an increase in COVID cases and says just 15% of its population is fully vaccinated.

The United States along with other wealthy nations, have pledged hundreds of millions of more vaccines. However, experts say the number is far short of the projected 11 billion vaccine doses needed globally to effectively end the pandemic.