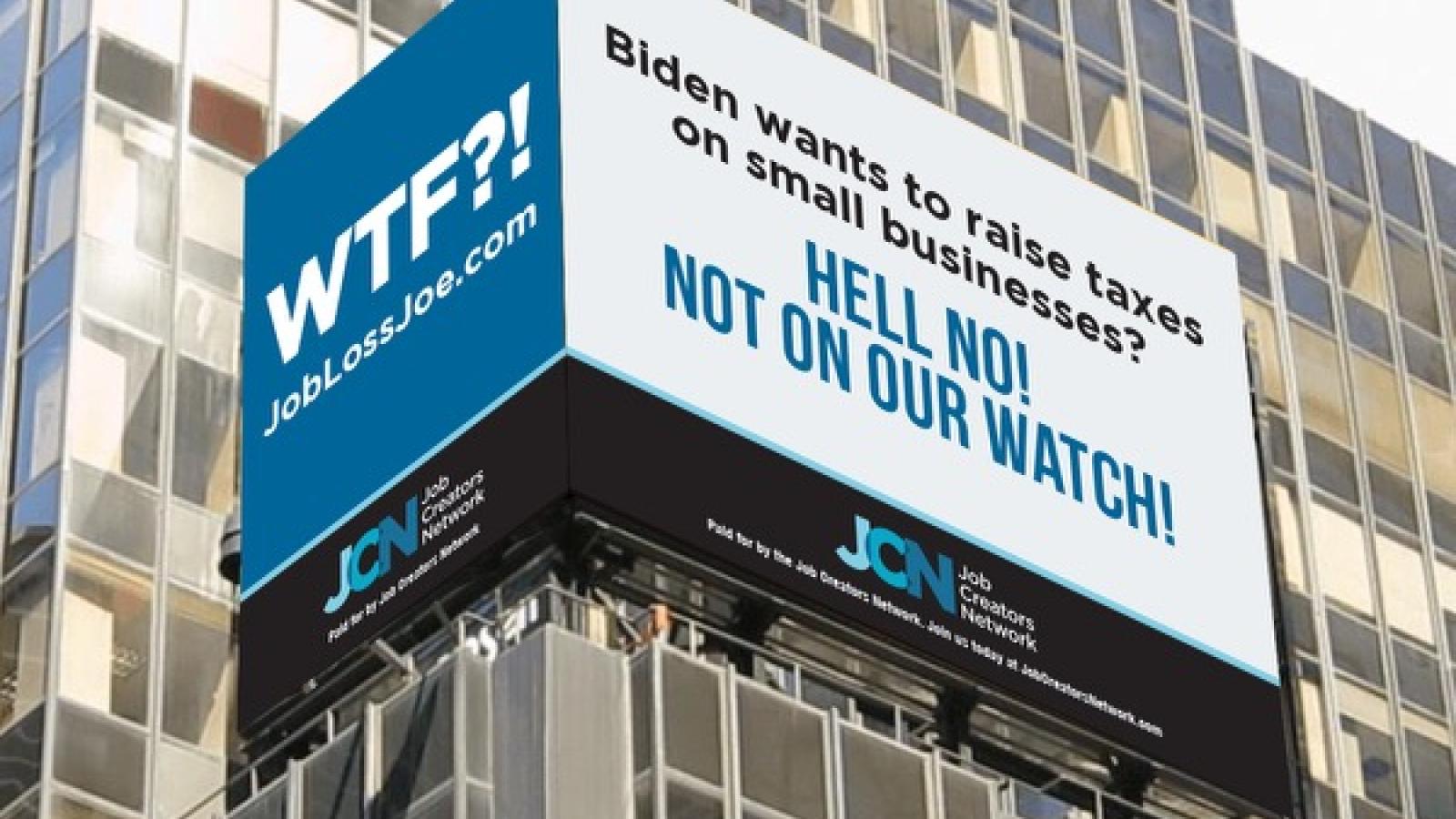 The Job Creators Network (JCN) has plastered their message publicly opposing small business tax hikes on a billboard in New York City's Times Square: "Biden wants to raise taxes on small businesses? HELL NO! NOT ON OUR WATCH!," the sign reads.

A press release about it says that the billboard is "calling out President Biden for tax increases that are being prepared by his administration. Among potential changes, Biden is reportedly considering eliminating the 20 percent small business standard deduction and raising the tax rate paid by pass-through entities—many of which are small businesses," the press release says.

The billboard, which will remain up for three weeks, also includes the question/exclamation, "WTF?!" and directs viewers to visit JobLossJoe.com, which JCN describes as a website meant to track the quantity of jobs jeopardized by President Biden's policies.

"Small businesses are already at the end of their rope because of the pandemic-induced shutdowns," JCN President and CEO Alfredo Ortiz said in a statement. "Hiking taxes on America's entrepreneurs would be a bad policy at any time, but should be unthinkable now. As chronicled at JobLossJoe.com, the Biden administration has already put millions of jobs at risk. Strapping the small business community—which is typically responsible for two-thirds of all new job creation—with more tax liabilities will throttle economic opportunity further and weaken recovery prospects. To that I say, WTF Biden?!"