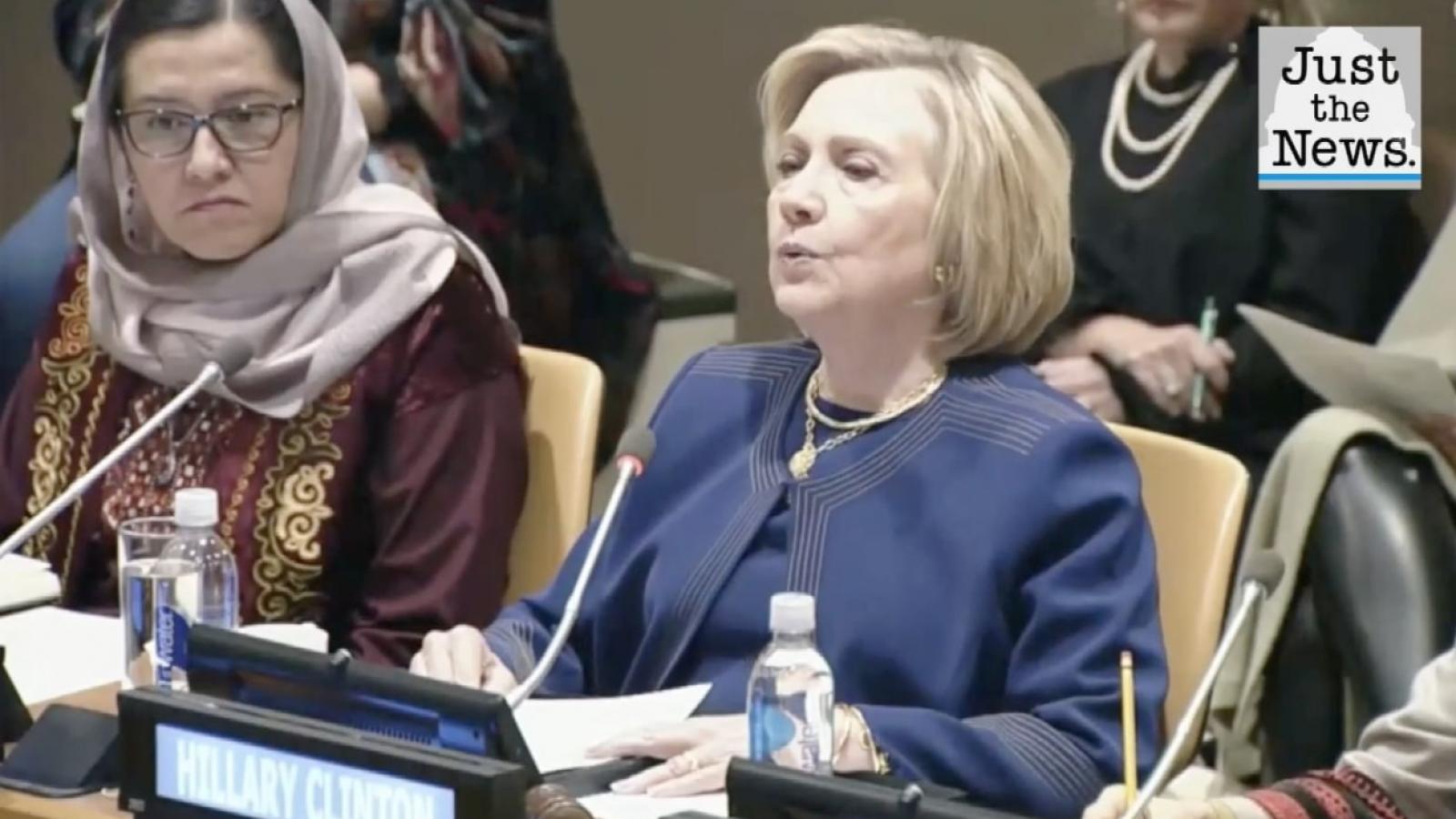 Hillary Clinton warns that the U.S. shouldn’t give up on Afghanistan.
JTN
By Just the News staff

Former first lady and presidential candidate Hillary Clinton says she has no plans to run again for elected office but will "never be out of the game of politics" – citing "the insurrection" and saying democracy is at stake.

Clinton, who was elected as a New York senator but lost two White House bids, made the comments Monday on ABC's "Good Morning America," while promoting the upcoming release of her first fiction novel.

"I will never be out of the game of politics," said Clinton, a Democrat and former secretary of state. "I'm not going to be running for anything."

Beyond her concerns about the Jan. 6 Capitol breach, Clinton also cited "disinformation" on Facebook and other social media as reason to stay in politics, according to FoxNews.com.

"I really feel our democracy is at stake, and there's many reasons for that," she said. "Some of them we saw on the screen with the insurrection, some of them because of the revelations about Facebook that creates a world of disinformation instead of, you know, one that we can agree on what the facts are."

She also said: "I really am worried about what's happening at home and around the world. So, I’m never going to get out of, you know, being involved, worried and hopefully, trying to help in some way."

Clinton's "State of Terror," published by Simon & Schuster and co-authored by Louise Penny, is set for release Tuesday.