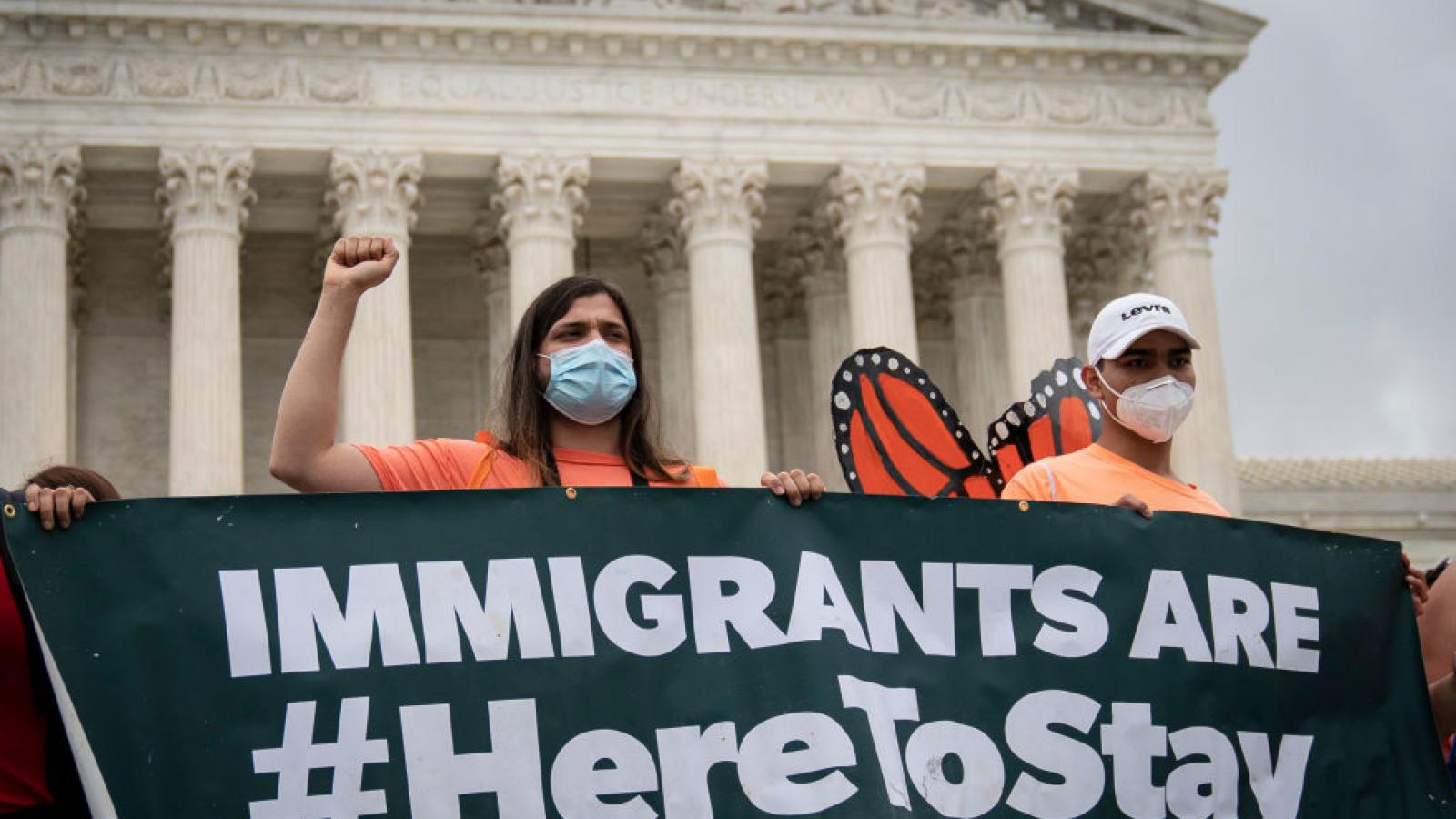 The Biden administration Monday announced a plan to create a rule to reestablish the Deferred Action for Childhood Arrivals policy, following the decision by a Texas court that found the Obama-era program unlawful and halted the ability of "Dreamers" to apply for immigration protections.

The Homeland Security Department announced that the new rule aims to "preserve and fortify" DACA by addressing some of the court's concerns over the way the policy was implemented.

In July, a federal district judge in Texas ruled that DACA violated the Administrative Procedures Act. The decision prevents future applications to the program, but leaves standing the program's benefits that have already been afforded to close to 600,000 people.

"The Biden-Harris Administration continues to take action to protect Dreamers and recognize their contributions to this country. This notice of proposed rule-making is an important step to achieve that goal. However, only Congress can provide permanent protection," DHS Secretary Alejandro Mayorkas said in a statement.

Mayorkas added that he supports the inclusion of immigration reform in the reconciliation bill, in an effort to shuttle the Biden administration's immigration policy goals through the legislative chambers without any Republican support.

Recently, the Senate parliamentarian ruled against the Democrats' plan to include 8 million green cards to illegal immigrants as part of the massive $3.5 trillion reconciliation plan, pumping the brakes on lawmakers' plans to include legislative reforms in the budget.