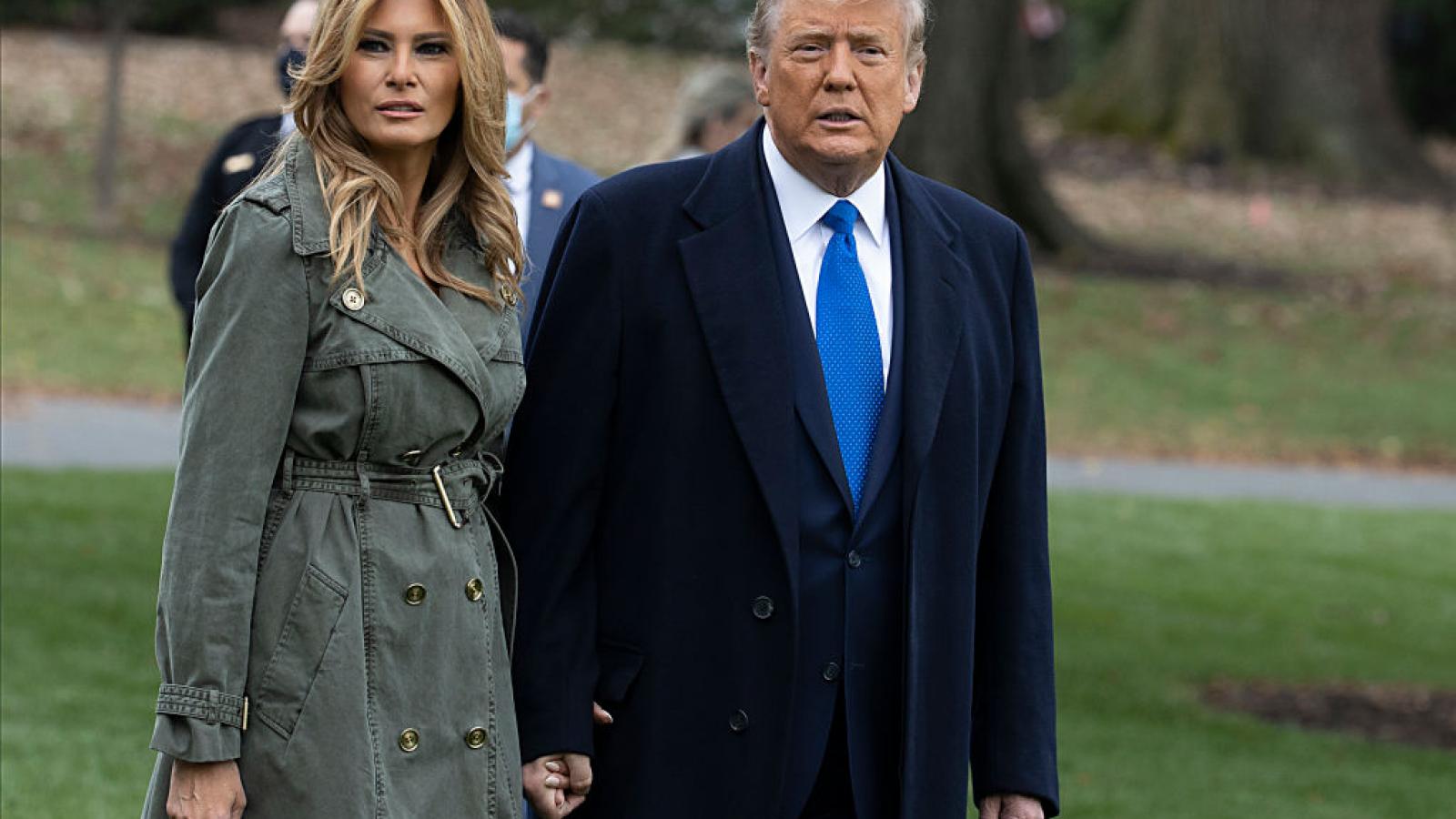 Former first lady Melania Trump on Thursday claimed she was unaware of the Jan. 6 Capitol Riot as it unfolded, saying she was at the White House taking archival photos of the building.

“On January 6, 2021, I was fulfilling one of my duties as First Lady of the United States of America, and accordingly, I was unaware of what was simultaneously transpiring at the U.S. Capitol Building,” the first lady said to Fox News.

“[I]t was my obligation to record the contents of the White House’s historic rooms, including taking archival photographs of all the renovations," she told the outlet, adding that "[a]s required, we scheduled January 6, 2021, to complete the work on behalf of our Nation."

On Jan. 6, 2021, as Congress prepared to certify the results of the presidential election, a large crowd of then-President Donald Trump's supporters gathered outside the building to demand they halt the process. As the crowd grew more agitated, a portion of them illegally entered the building, leading to several violent altercations between Capitol Police and the entrants. There were fatalities among both the police and Trump's supporters.

Trump ascribed her ignorance of the riot to the absence of her chief of staff, Stephanie Grisham, whom she said would normally have briefed her on the matter. “Ms. Grisham was not in the White House on January 6, and her behavior in her role as Chief of Staff ultimately amounts to dereliction of duty,” Trump told Fox. “In fact, Ms. Grisham failed to provide insight and information into the events surrounding January 6 as she had abandoned her post in Washington, D.C."

“Shamefully, this behavior has only partially become public knowledge; yet was consistent for Ms. Grisham," Trump asserted, before claiming that Grisham's public criticisms of her after leaving office were "a last-ditch attempt to resuscitate her ruined career and reputation.”

Opponents of Trump have labelled the event an "insurrection" or "coup attempt" and House Democrats organized a select committee to investigate the riot. In a departure from House norms, Speaker Nancy Pelosi last year rejected two of the five House Republican picks for the panel, prompting GOP leader Kevin McCarthy (R-Calif.) to pull all five of his party's choices from the committee. Pelosi then handpicked two anti-Trump Republicans to join the seven Democrats on the committee.

The committee held a series of primetime hearings, which concluded Thursday evening, attempting to make their case that President Trump and his supporters sought to overturn a legitimate election by unconstitutional means.