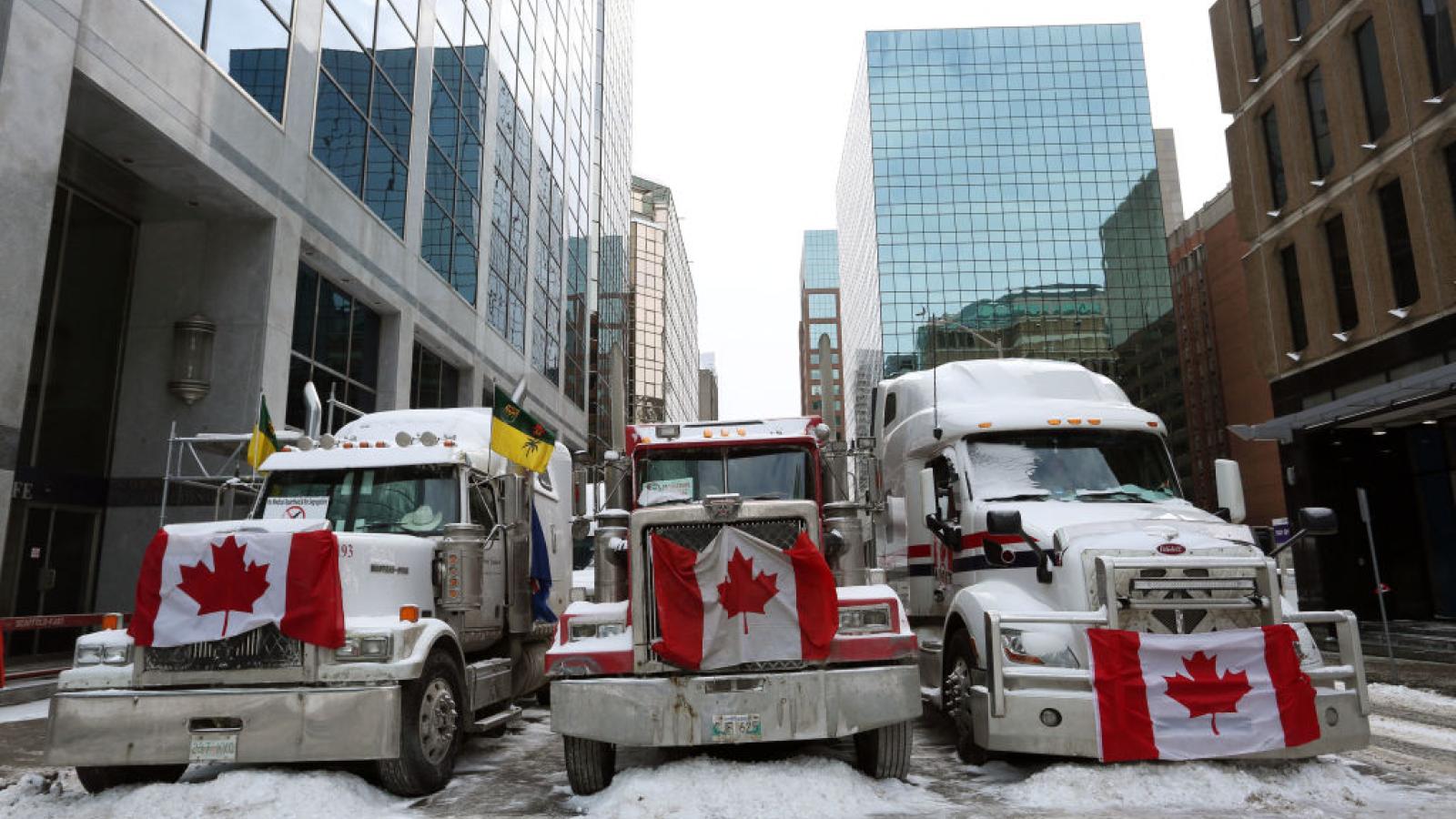 Police in Ottawa, Canada, have reported arresting several people on charges of mischief for bringing such material goods as gasoline to Freedom Convoy demonstrators, in an apparent effort to limit supplies at the operations center for the COVID-mandate protests.

As the demonstrations continue, vehicles have been used to transport cans of gasoline and propane to the truckers at the center of the protest in the city's downtown.

The vehicles first arrived in Ottawa on Jan. 29 and many drivers say they will stay there until mandates are lifted.

On Sunday afternoon, police announced that "anyone attempting to bring material supports to the demonstrators could be subject to arrest. Enforcement is underway."

Police have reportedly arrested at least seven people already, and forces have also begun to seize fuel that is brought to the protest site.

The deputy police chief told a local news station that his force is focused on "targeting and removing the access of gasoline to the area."

"And we’ve had several seizures and several arrests related to that," he also said.

In addition to arrest Sunday, roughly 100 tickets were issued for violations including excessive noise, failure to drive in marked lanes, driving through a no truck route, driving on the sidewalk, seatbelt violations, and a number of other minor offenses.

More than 450 tickets were issued over the weekend at the protest site, following what authorities called a "disruptive" few days.

Canadian Prime Minister Justin Trudeau has said he will not met with the convoy.