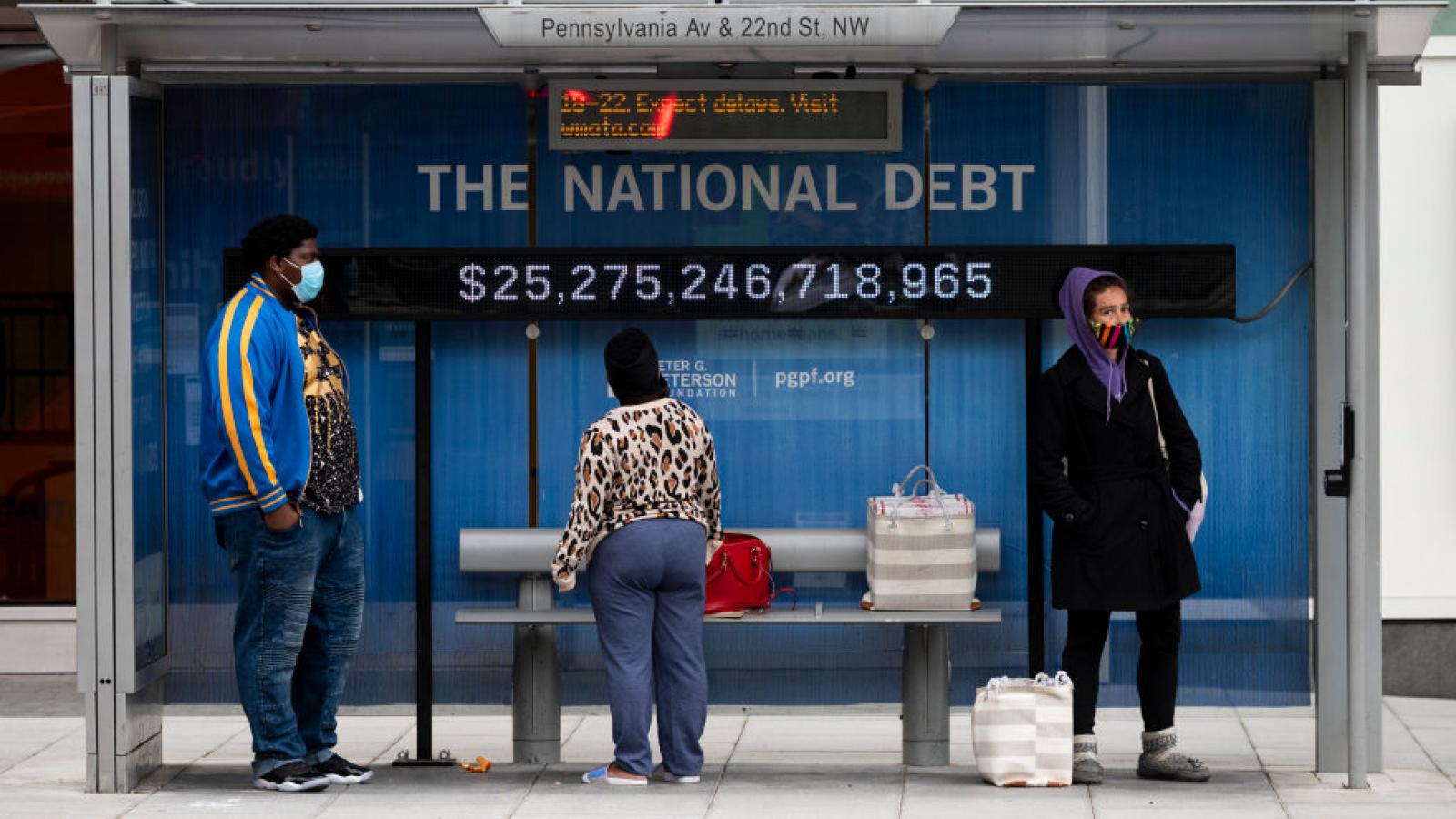 A national debt counter, May 2020
(Bill Clark/Getty)
By Daniel Payne

A majority of voters believe that the United States's increasingly growing federal debt will hinder the county's prospects in the future and position China as the next global financial center, according to a new Just the News Daily Poll with Scott Rasmussen.

Among voters, 61% believe it somewhat or very likely that "the federal debt and other issues will enable China to replace the United States as the world's leading financial center." Just 20% of voters believe that scenario unlikely to come to pass (a mere 4% saw it as "not at all likely"). 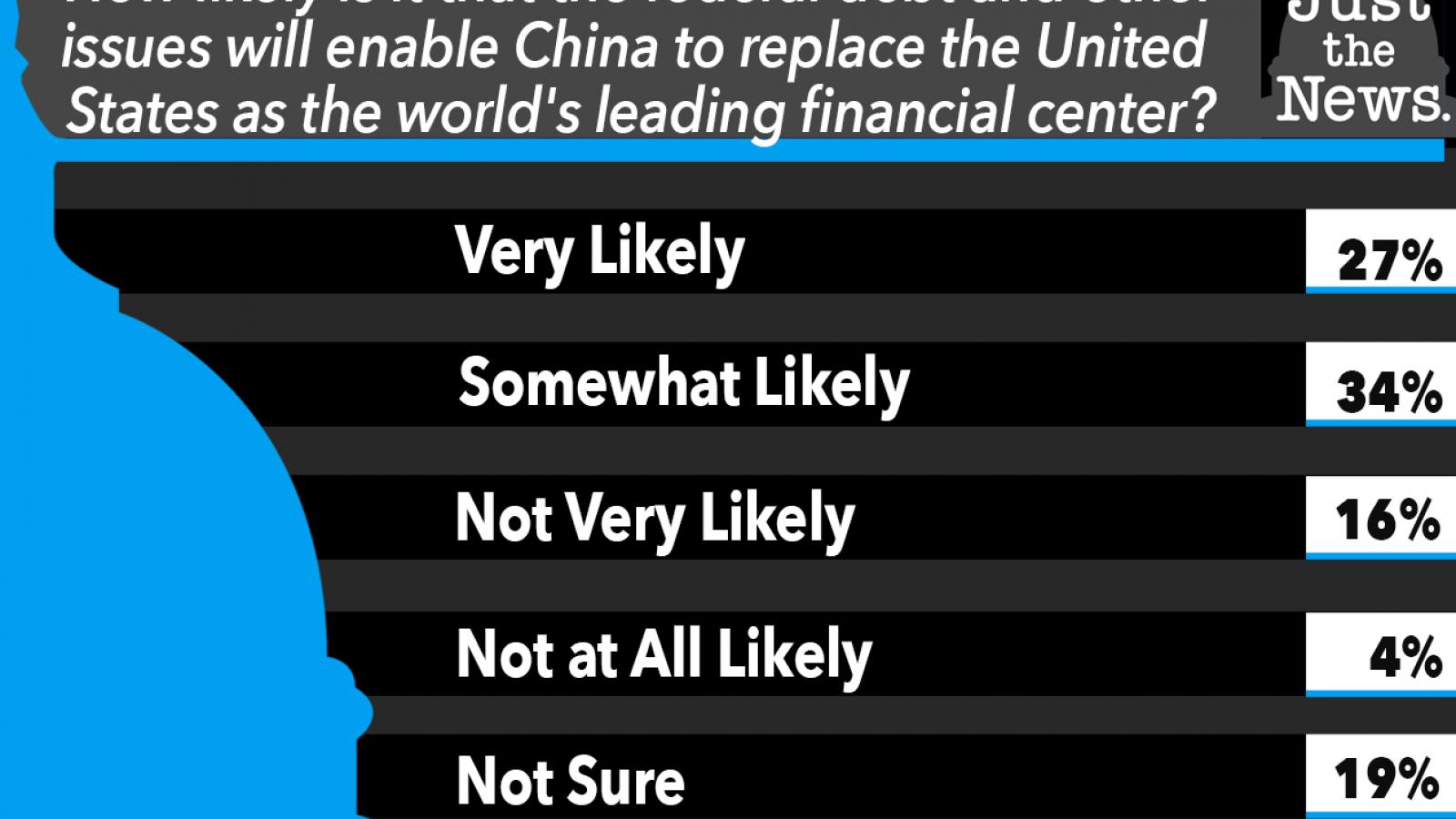 Experts have warned in recent years that the ballooning national debt—and in particular the interest owed on that near-$30 trillion sum—may soon seriously cripple the U.S.'s ability to pay for both domestic programs and military outlays.