Just one-third of voters oppose it. 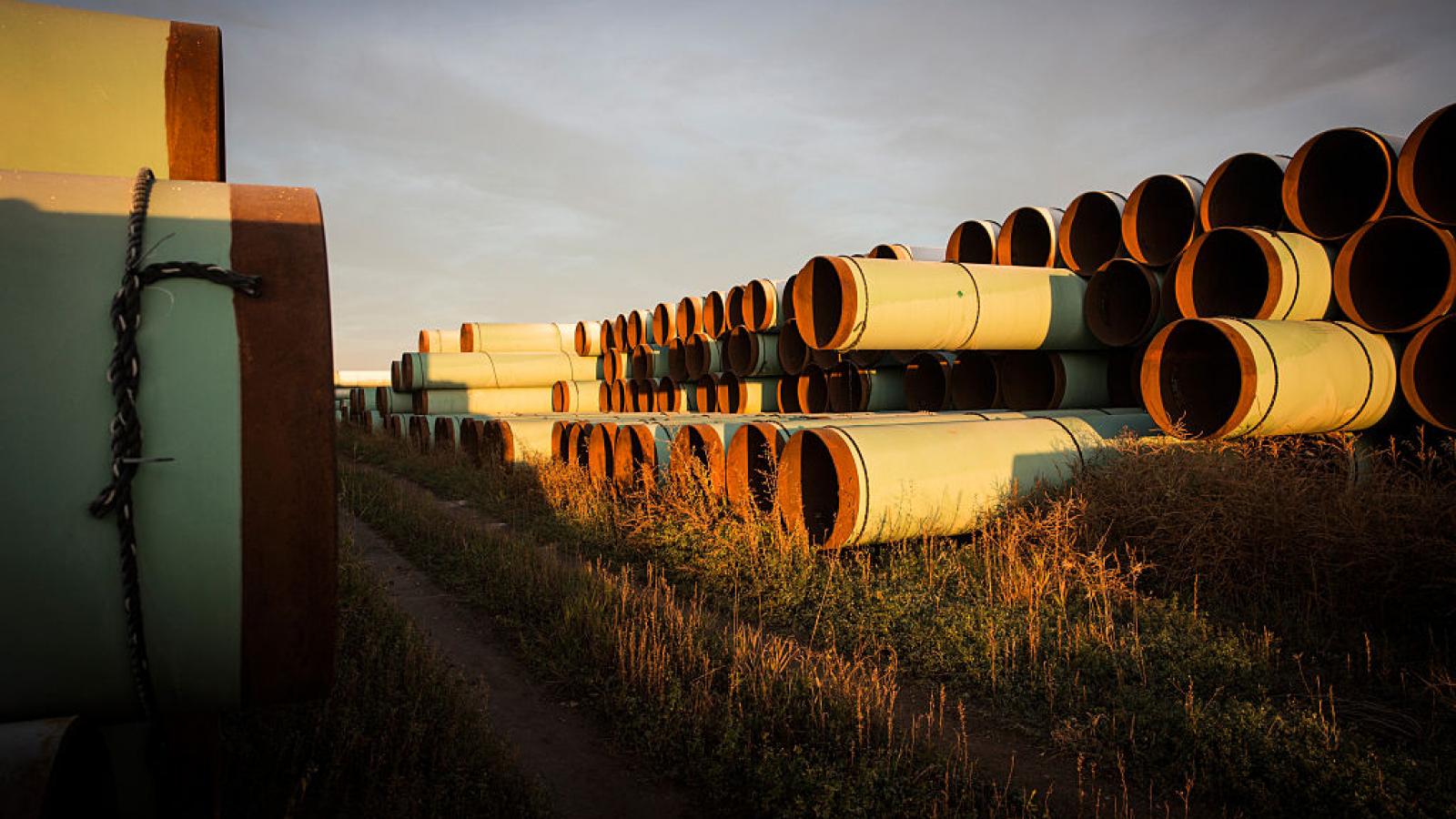 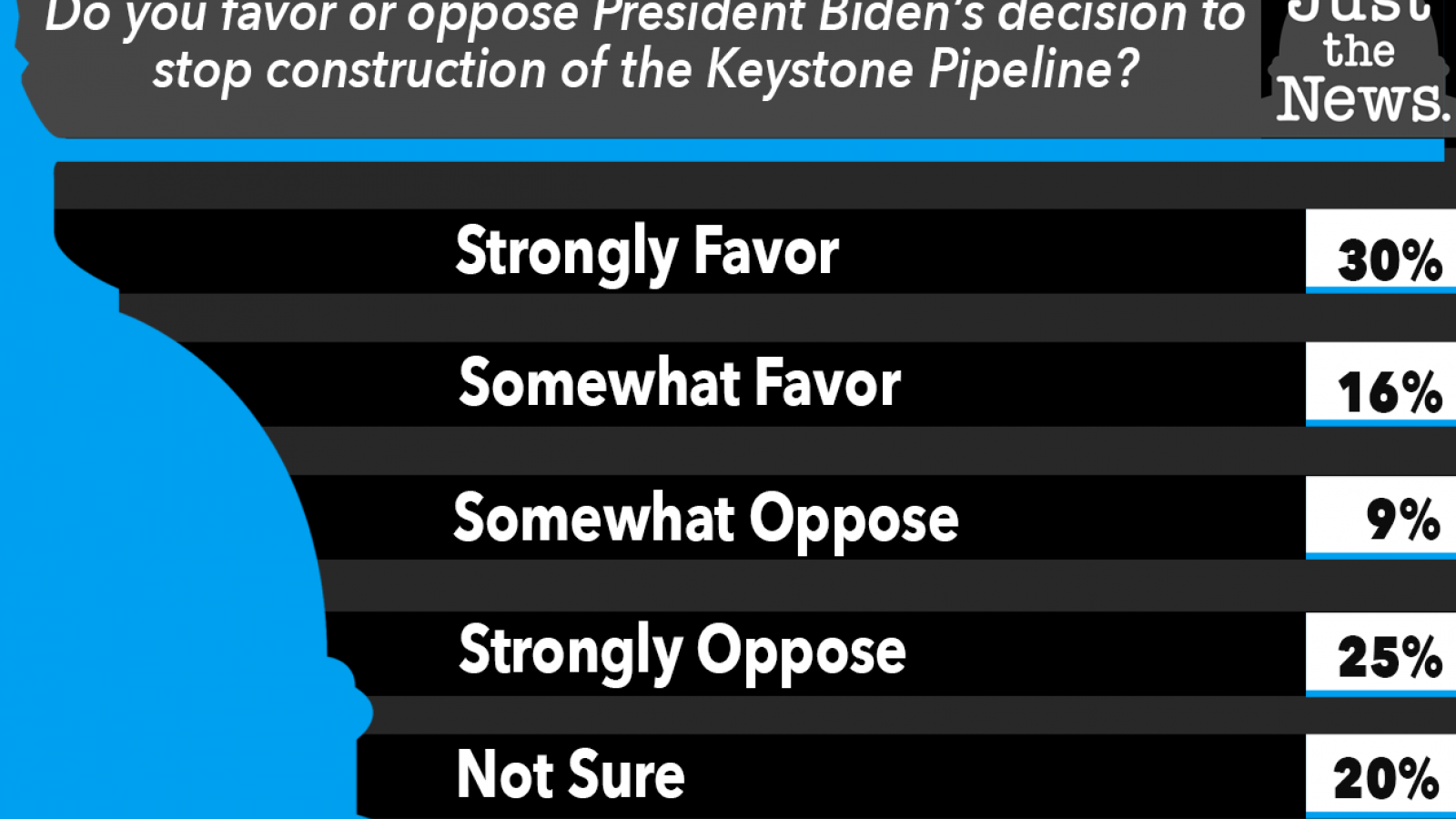 A near-majority of U.S. voters support President Biden's move to shut down a major oil pipeline in the U.S., according to a new Just the News Daily Poll with Scott Rasmussen.

Biden on his first day in office signed an executive order revoking a key permit for the Keystone XL pipeline, a decision which has drawn criticism from industry leaders due to the potential major job losses in which it could result.

Yet a near-majority of voters – 46% – say they are supportive of that decision, while just 34% claim to be opposed to it.

The Keystone XL pipeline has been at the center of a political back-in-forth for over a decade, with the Obama administration first moving to block its construction and the Trump administration setting in motion its intended, and now apparently postponed, completion.

The pipeline project is an effort to brings crude oil from Canada to the refineries on the U.S. Gulf Coast, to also decrease American dependence on foreign oil.