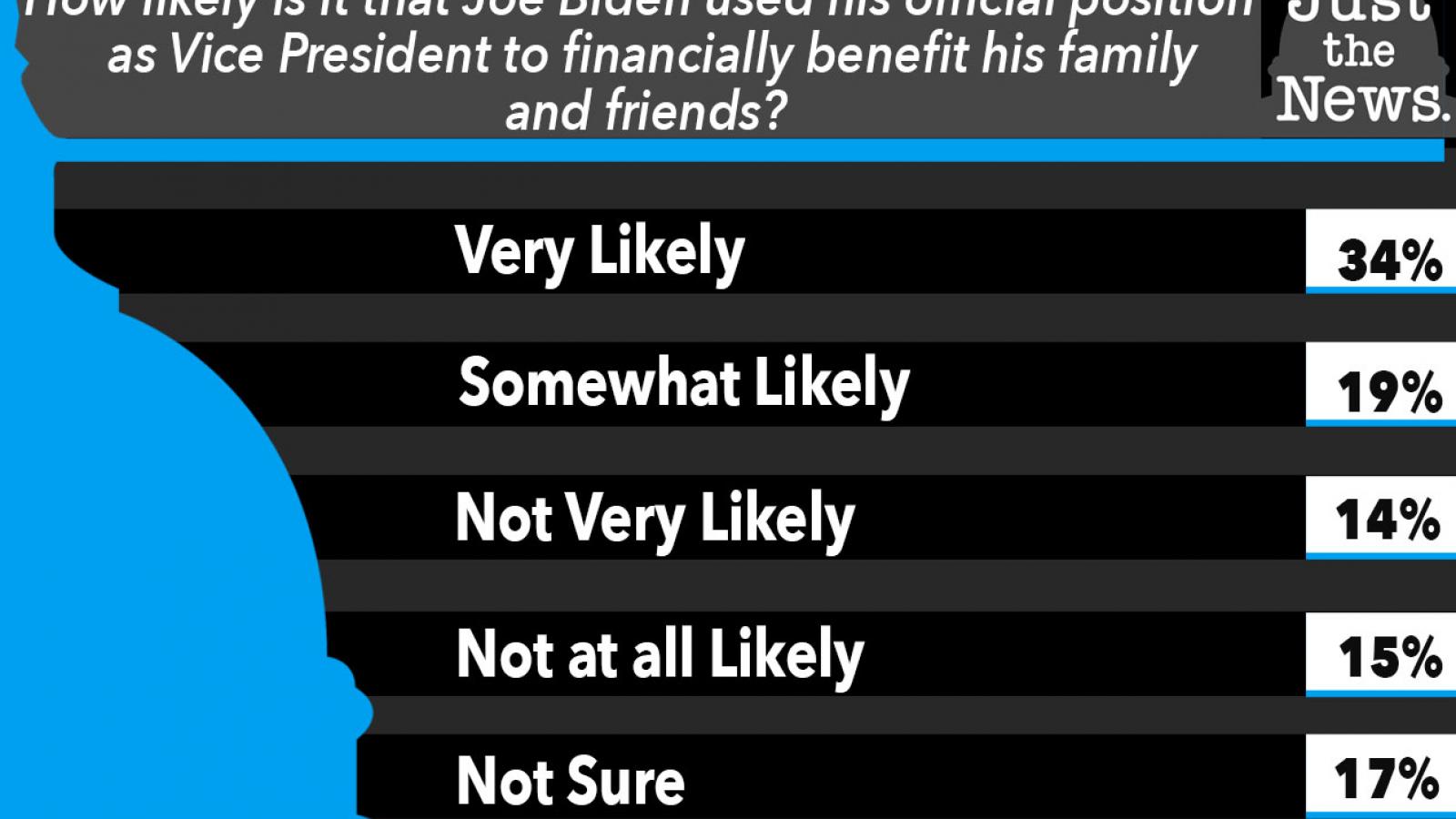 Voters think Democratic presidential candidate Joe Biden used his former position as vice president to financially benefit his family and friends, according to a new Just the News Daily Poll with Scott Rasmussen.

The poll found 53% of U.S. voters think it’s likely Biden like used his post as a two-term vice president for President Obama for such financial gains. Just 29% consider it unlikely.

Biden has come under fire for business dealings by his son Hunter Biden, including Hunter's membership on the board of a Ukrainian gas company called Burisma, despite having no experience in the energy sector or Ukrainian policy.

"At one level, this is simply a reflection of general public attitude," Rasmussen said. "Voters routinely assume that just about all politicians use their office for personal gain – it’s almost part of the informal job description. Additionally, there is a natural partisan divide. Republicans naturally believe Democrats break the rules, while Democrats think the same of Republicans."

Eighty-one percent (81%) of Republicans consider it likely than Biden used his public office for private gain. Independent voters, a 49% to 26% margin, also think it’s likely. However, just 32% of Democrats agree  while 50% of those in Biden’s party say it’s unlikely.

Just the News Daily Poll respondents were asked “How likely is it that Joe Biden used his official position as Vice President to financially benefit his family and friends?" They responded as below: