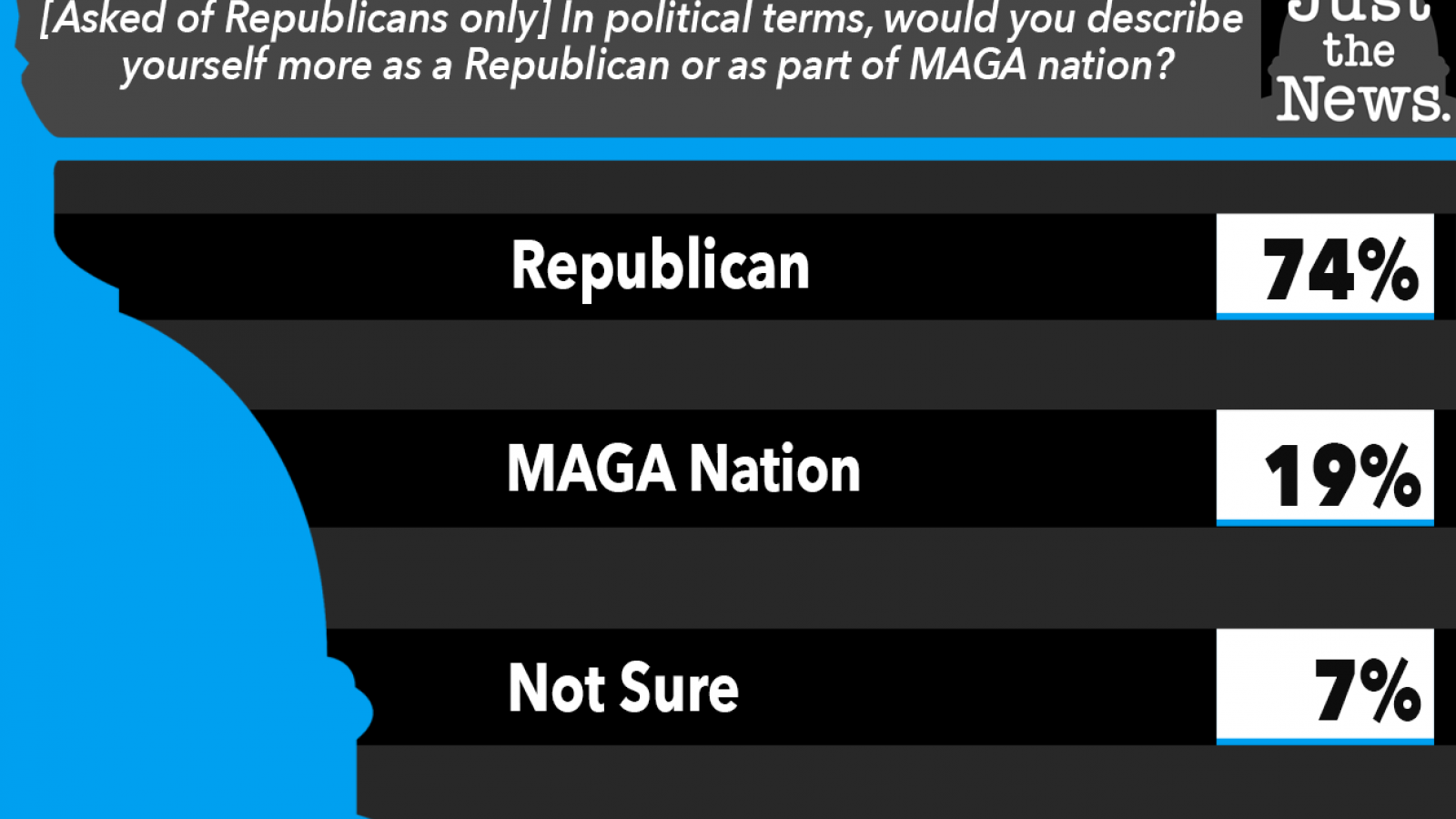 A strong majority of GOP voters view themselves as Republicans rather than devotees of President Trump's Make America Great Again, or "MAGA," movement, according to a new Just the News Daily Poll with Scott Rasmussen.

Among the Republican voters, 74% consider themselves "more of a Republican," while 19% see themselves as "part of MAGA nation."

The numbers could reflect the fallout from last week's Capitol riot, which has been broadly characterized as being led by Trump's MAGA devotees, a key part of the president's base, helped him become president in 2016. However, there is no similar, previous polls to compared percentages.

The president has condemned the deadly, Jan. 6 siege on the U.S. Capitol Building, disavowed the participants and argued that "no true supporter" of his could have participated in it.