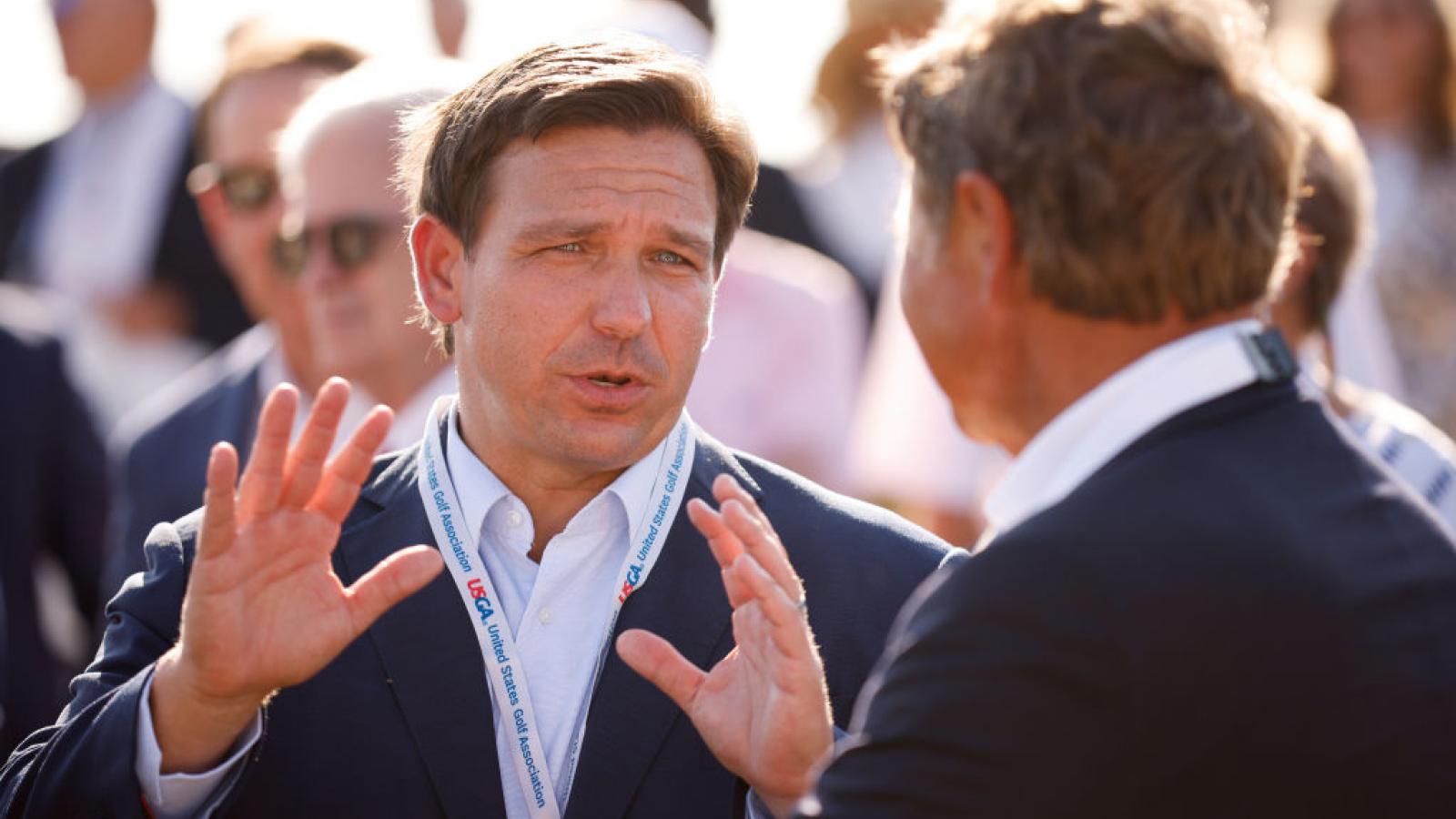 Refusing to ask patrons if they got the COVID-19 shots or to show a negative test in order to eat in, the popular California-based burger chain In-N-Out is taking a stand — and paying for it. But the company may have a new place to call home, if it takes up an offer from the state of Florida.

If the besieged fast-food chain were to leave, it would follow Elon Musk's recently decamped Tesla in a growing exodus of companies from a Golden State that has lost its luster for many business owners.

The popular fast food chain has refused to comply with screening.

Its chief legal and business officer, Arnie Wensinger, said In-N-Out's policy was to "properly and clearly" post signs outlining the state's vaccine mandate for indoor diners. But it was not going to act as "the vaccination police for any government."

"It is unreasonable, invasive, and unsafe to force our restaurant Associates to segregate Customers into those who may be served and those who may not, whether based on the documentation they carry, or any other reason," Wensinger said.

Contra Costa County's order "is necessary now to save lives, protect our overburdened healthcare system, and slow the pandemic enough to keep our schools open," its chief health officer, Dr. Chris Farnitano, said in a statement. "Reducing community transmission of the virus now is key to preventing future spikes in cases from overwhelming our county's hospitals during the winter months."

Earlier this month, In-N-Out's only location in San Francisco, at Fisherman's Wharf, was temporarily closed for failure to comply, but later reopened for takeout only.

Many famous Californians and non-Californian politicians have expressed support for the chain, posting pictures of themselves eating burgers, including actor James Woods, former Vice President Mike Pence and Sen. Rand Paul (R-Ky.) among many others.

But Florida's chief financial officer, Jimmy Patronis, took his support to another level — inviting the head of In-N-Out to set up shop in Florida.

He wrote In-N-Out owner Lynsi Snyder to express his support and invite her to move the company's headquarters to Florida.

He wrote as a small business owner, not just as Florida's CFO, he said. "I know how hard it is to turn a profit and make payroll on a good day, let alone when your own government is working to crush your business with absurd mandates," he wrote. "Once I heard the news of your shutdown for refusing to act as 'vaccine police,' I knew I had to reach out immediately."

He thanked Snyder for her courage to oppose government overreach, noting that he's pro-vaccine and anti-mandate.

Under Florida Republican Gov. Ron DeSantis, therapeutics and treatments for the coronavirus were administered without harsh lockdowns and mandates, he adds, and the state recently fined the Leon County government $3.5 million for firing employees over COVID-19 vaccine requirements.

Florida currently has the lowest COVID positivity rates in the U.S.

Compared to California, which is continuing to experience an exodus of businesses and residents, Florida is among the top destinations for residents leaving blue states. While California and Nevada lead the U.S. with the highest unemployment rate of 7.5%, Florida's unemployment rate is 5.3%.

California has among the highest business and personal income taxes in the nation. In contrast, Florida's business climate "is perfect, with no personal income tax, low corporate taxes, an educated workforce and fantastic quality of life," Patronis argues. "We won't chase you out of the state like California State Assemblywoman Lorena Gonzales did to Elon Musk when she launched vulgarities at him on Twitter. How did that work out? He immediately moved Tesla headquarters to Texas."

Last year, Musk took issue with California Gov. Gavin Newsom's ongoing shutdown. In May 2020, Musk sued Alameda County and said he was considering leaving the state, prompting Gonzales to tweet profanities about him. Texas Gov. Greg Abbott and Sen. Ted Cruz, both Republicans, invited him to move to Texas.

By July 2020, Tesla announced it was building a new Cybertruck Gigafactory outside of Austin. The following spring, Musk announced that his companies were hiring in Texas, asking people to move there to work for him. His other company, SpaceX, is located in the border town of Boca Chica, Texas.

In April 2021, Musk tweeted: "Please consider moving to Starbase or greater Brownsville/South Padre area in Texas & encourage friends to do so! SpaceX's hiring needs for engineers, technicians, builders & essential support personnel of all kinds are growing rapidly. Starbase will grow by several thousand people over the next year or two."

Musk also donated $20 million to schools in Cameron County and $10 million to the city of Brownsville for revitalization efforts, near SpaceX.

By October 2021, Tesla announced it was moving its headquarters from Palo Alto, Calif., to Austin, Texas.

With companies continuing to flee California — often citing its higher tax burdens and cost of living — the U.S. Census Bureau reported earlier this year that California had for the first time in its history as a state recorded a population decline.

But as the head of the Enterprise Florida Board of Directors, Patronis offered to help Snyder relocate her headquarters to Florida, which remains "free and open for business."