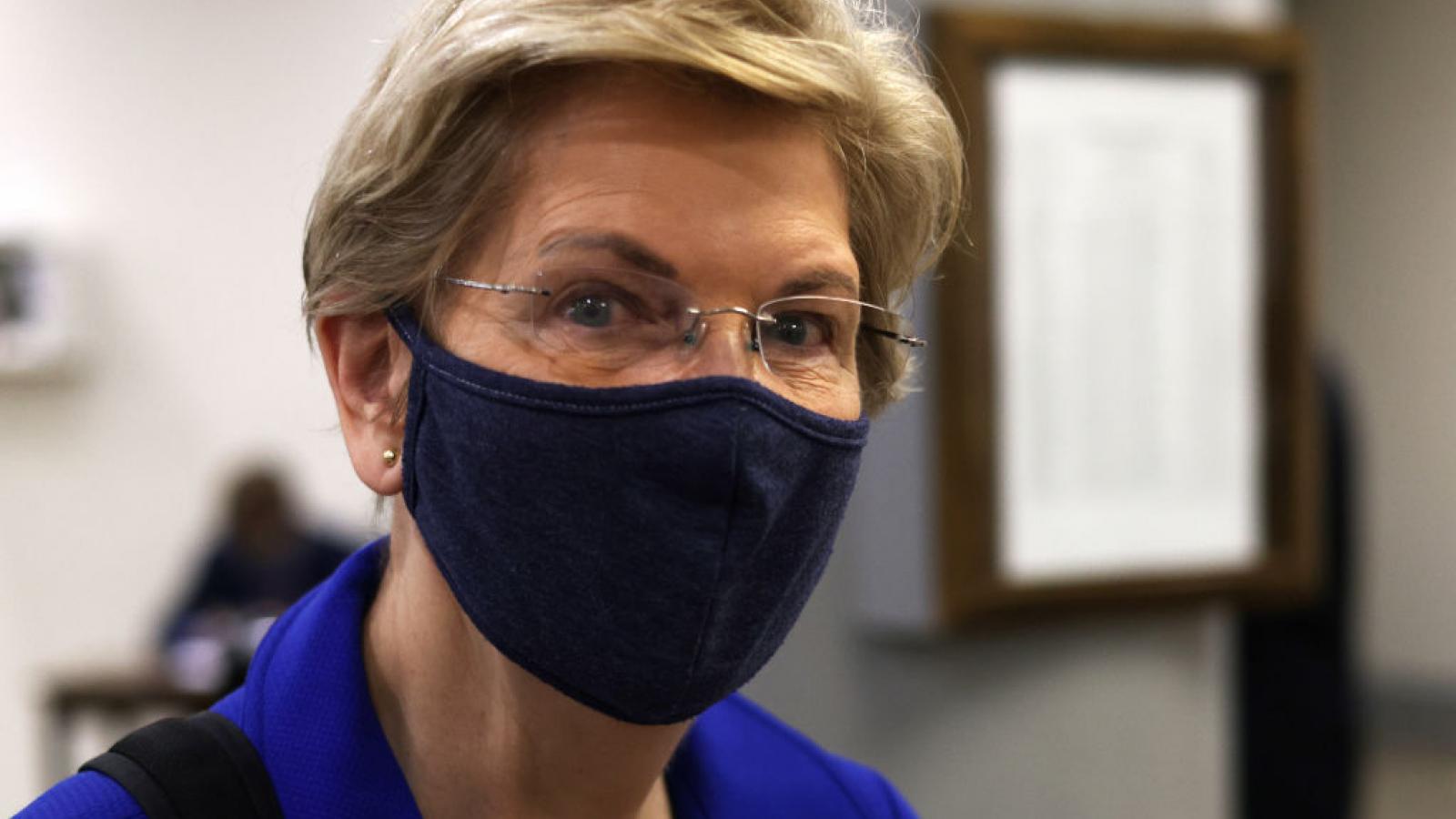 Sen. Elizabeth Warren described former President Donald Trump as "a danger to democracy" and said that she believes he should be permanately banned from using Facebook, though she also called for the Justice Department to break up big tech companies under antitrust rules.

The social media giant's independent Oversight Board upheld Facebook's suspension of Trump's access to his Facebook and Instagram accounts, though the reviewing body also criticized Facebook for levying an "indeterminate and standardless penalty of indefinite suspension."

"The Board insists that Facebook review this matter to determine and justify a proportionate response that is consistent with the rules that are applied to other users of its platform. Facebook must complete its review of this matter within six months of the date of this decision," the Oversight Board noted.

The Massachusetts Democrat said that the "group that made the decision at this point for Facebook, Facebook calls 'the supreme court.' Does that tell you how much power they see themselves as having? More power than government. Last I saw, nobody did advice and consent, nobody nominated those people other than Mark Zuckerberg," she said.

She said companies like Facebook and Google should be broken up because of the destruction of economic competition in the U.S. and because they wield "more power than governments. And that poses a danger to our democracy," she warned. "It's time right now for the Department of Justice to pick up the antitrust rules that have been on the books for a century and break up these giant tech companies."