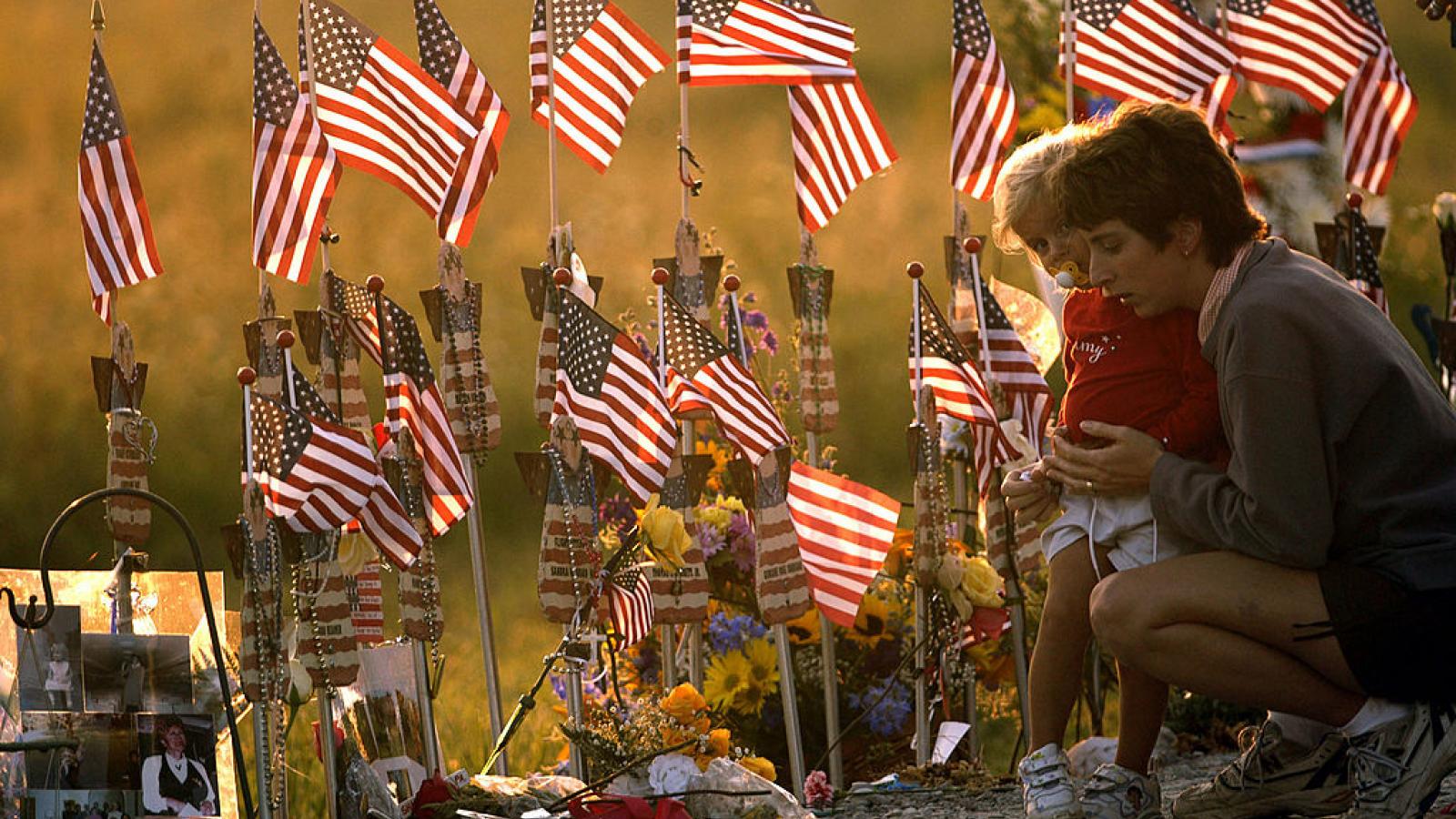 Remembrance at the scene of Flight 93 in Shanksville, Pa.
(Photo by Archie Carpenter/Getty Images)
By Just the News staff

On this solemn anniversary of the terrorist attacks of September 11, 2001, two mysteries persist regarding Flight 93, the plane that went down in Shanksville, Pennsylvania with 33 passengers, seven crew members and four terrorists aboard.

One mystery is what the intended target of the plane was, generally believed to have been either the Capitol Building in Washington, D.C. or the White House. Experts on the subject disagree, but there is a case for both.

The Washington Post delved into the issue in an article on Thursday, starting with the known details. United Flight 93 departed from Newark, New Jersey, after the two hijacked jetliners had struck the two World Trade Center buildings, and just before the third jet crashed into the Pentagon. The four terrorists on Flight 93 took control of the plane by overpowering the pilot and co-pilot as the plane headed west toward Cleveland.

"The lone pilot among the hijackers, Ziad Jarrah, executed a U-turn," according to the Post, "and, at 9:55, dialed the navigational code for Reagan National Airport into the Boeing 757's flight computer. Jarrah, of course, had no intention of landing at DCA. And the heroic revolt by passengers that began two minutes later meant the jetliner crashed in a field near Shanksville, Pa., less than 20 minutes' flying time from the nation's capital."

The other mystery regarding Flight 93 is what brought the plane down. There is the widely accepted version that it was Todd Beamer and other passengers who fought back against the four terrorists, leading the plane to crash in the field.

But other theories include a bomb that blew up the plane before it crashed and that it was shot down by U.S. military jets before it could get to its target.

These theories and the evidence that supports and refutes each are nicely laid out in this Sept. 11, 2018 article from The Independent, a British newspaper.