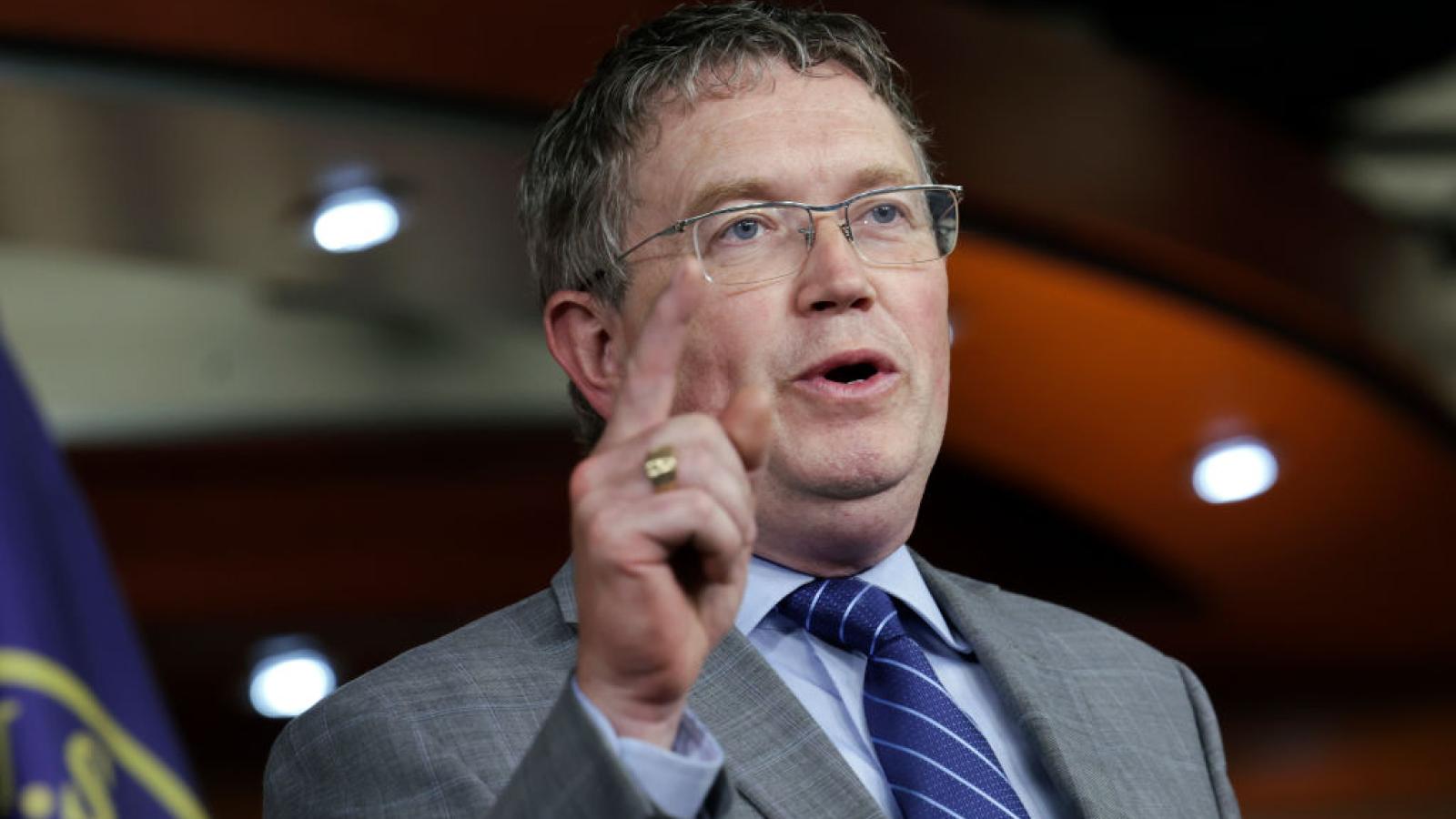 McCarthy announced on Friday that the GOP would slash $80 billion allocated to the IRS to hire 87,000 new agents as the party's first order of business should it regain a majority in the lower chamber in November. Republicans have warned that the new hires would enable the agency to further scrutinize middle-income Americans.

"I am so glad that he's made that a priority," Massie said on the John Solomon Reports podcast. "Those 87,000 IRS agents — I released on my social media some of the recruiting videos where they go to campuses — they're not recruiting people to shake down billionaires. The scenarios they use in their recruiting program are where you get to pretend you're shaking down a small business owner who owns a landscape business who bought two vehicles and didn't report them correctly on his taxes. That's the scenario they use when they're recruiting for these people."

While lamenting that the GOP did not make a similar effort to slash federal expenditures when it was last in power, Massie also expressed optimism that the situation could still be salvaged.

The Kentucky lawmaker then blamed House Speaker Nancy Pelosi for the staggering national debt, noting that funding measures originate in the House of Representatives over which she presides.

"And you might say, 'Well, it's not fair to put it on her,'" said Massie, but "the spending starts in the House. We are the constitutional body. In fact, if you get into Congress, it's the House of Representatives that is tasked with the taxing and the spending — all of those bills initiate in our chamber. So it is absolutely fair.

"To quote that statistic, over 40% of all the debt that's been accumulated since the beginning of this country was done under Nancy, Nancy Pelosi."

He went on to offer his approach for addressing the nation's financial woes.

"I would pass a continuing resolution to fund all of government at 95% of last year's level" as the default spending path, he said, explaining that he would also continue to pursue separate spending bills. "But if those negotiations grind down, then CNN cannot put down a countdown timer that says the government is going to shut down on September 30."

The preemptive passage of a continuing resolution would prevent the parties from slapping together a last-ditch compromise measure replete with pork spending, he explained. "If you do nothing, then the nickel plan kicks in, and everything gets funded, but 5% less than last year," he said.

Congress currently faces a looming deadline for this year's continuing resolution, which has been complicated by the inclusion of an energy permitting reform measure to which some Democrats and Republicans in both chambers have objected.