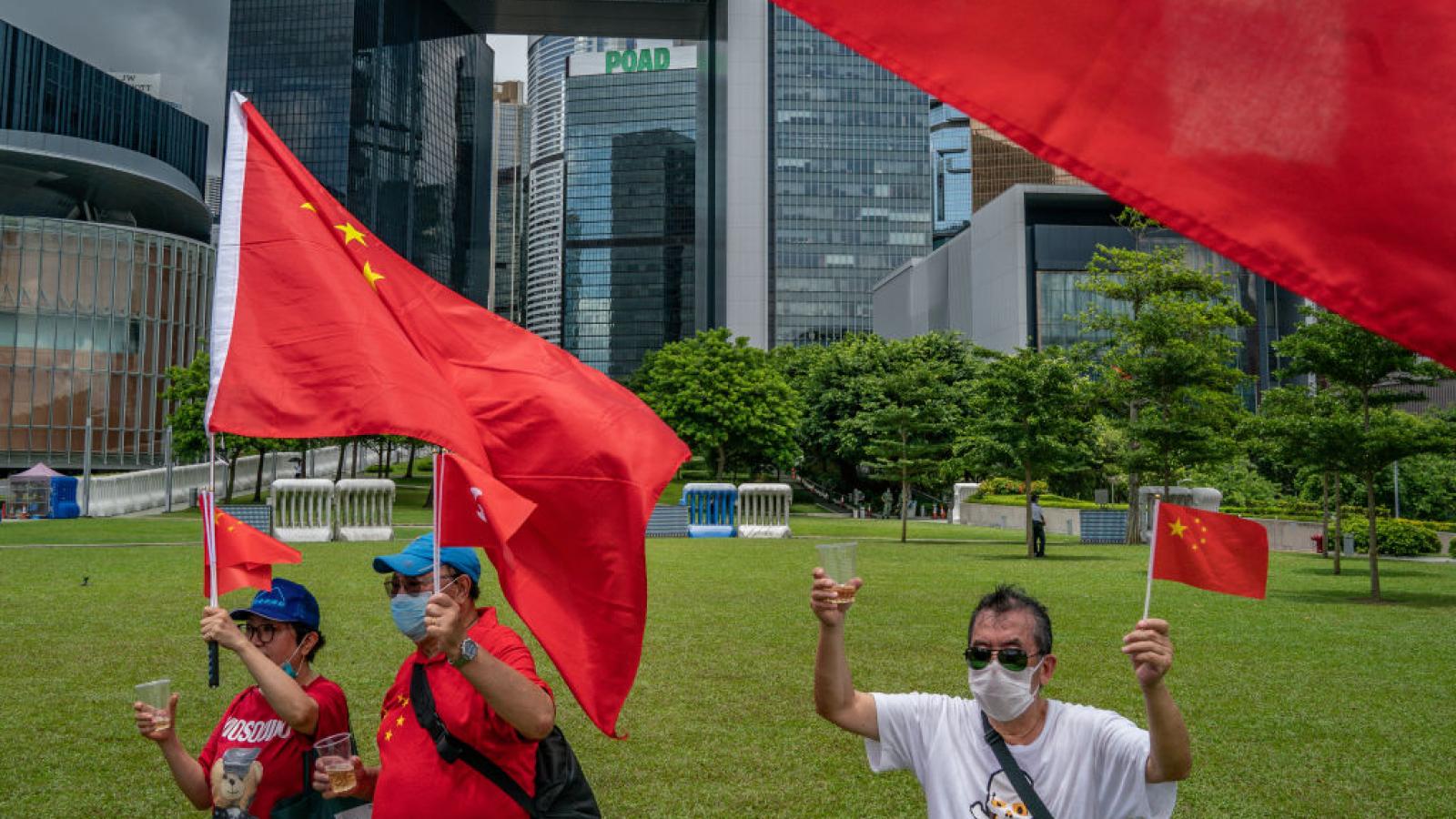 A group of lawmakers supportive of China's Communist Party were sworn in Monday to the Hong Kong legislature, following an election that lacked opposition candidates.

As the politicians assume their roles, yet another pro-democracy news organization has announced it will shut down its business.

Citizen News, an independent Hong Kong news site, says it will close Tuesday due to continually deteriorating media freedoms that have made operation impossible.

The shuttering of Citizens News following the closures of Apple Daily in June and Stand News last week. The outlet was the largest remaining independent news outlet in Hong Kong.

Last week, authorities raided the offices of Stand News and arrested seven people including editors and members of the board, allegedly for conspiring to publish material considered seditious by the government. The outlet announced its plans to shutter the same day.

"We are not targeting reporters. We are not targeting the media. We just targeted national security offenses," a senior superintendent of the police National Security Department said at the time. "If you only report, I don’t think this is a problem."

Less than one week later, Citizen News wrote on Facebook, "Unfortunately, the major changes in our society in the last two years, and the deteriorating media environment, have made it impossible for us to realize our mission without worries."

"At the centre of a brewing storm, we found ourself in a critical situation. In the face of a crisis, we must ensure the safety and well-being of everyone who are on board," the statement continued.

The site was founded in 2017 by a group of veteran Chinese journalists, with a focus on covering political news and analysis, as well as independent investigations of the sort that are harder to come by in modern China, according to the Associated Press.

The sweeping National Security Law, imposed on Hong Kong by China's central legislature in 2020, escalated considerably the risk of independent reporting. Journalists and political activists have been arrested under tenets of the law, and others have been forced to flee.

According to the Associated Press, there are just two remaining independent news media operations with presences inside Hong Kong. The English-language Hong Kong Free Press, and Initium, a Chinese-language news outlet that moved its headquarters to Singapore over the summer.