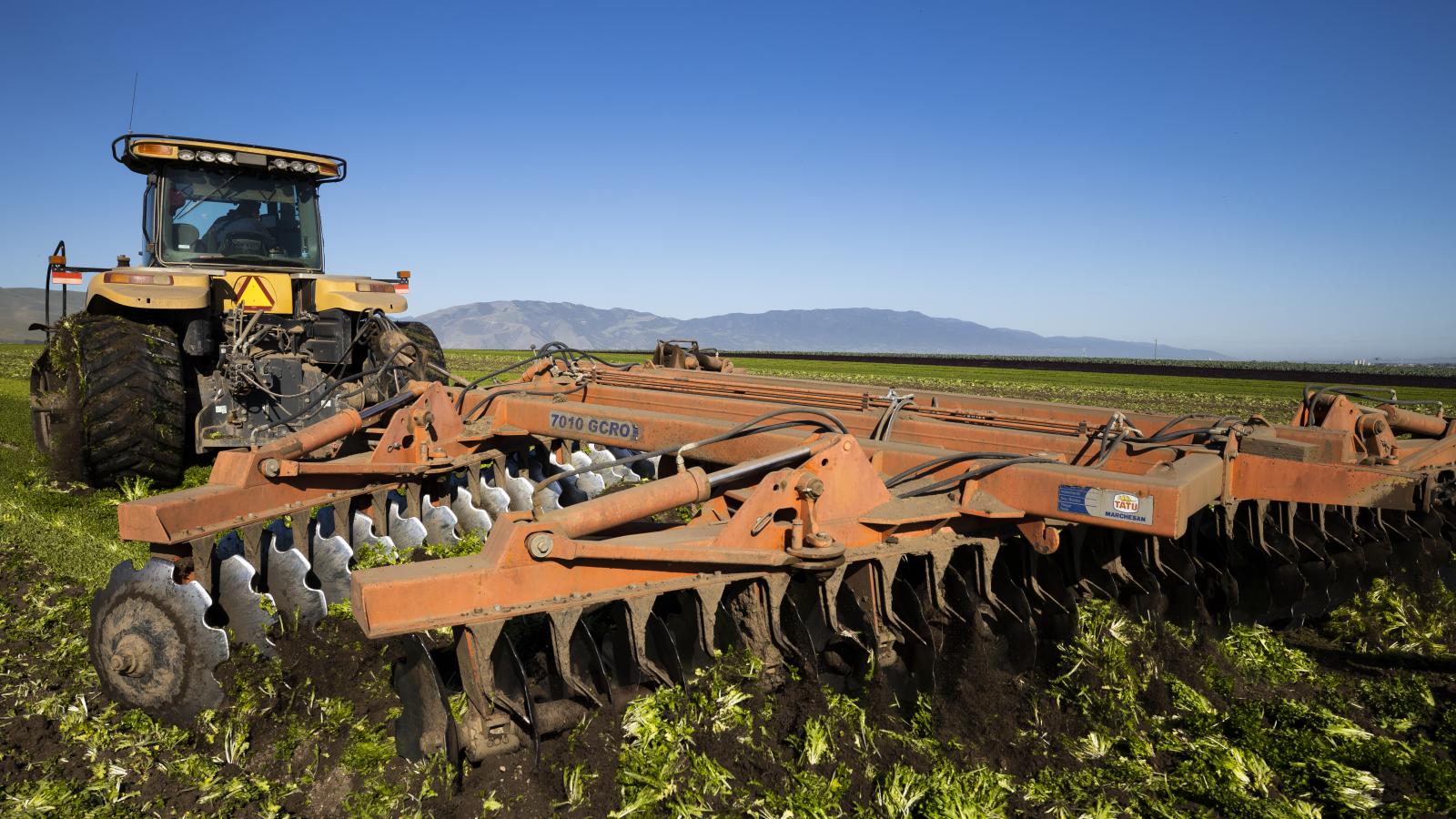 A tractor plows under what would have been Spring Mix, a popular and widely distributed salad mix in Greenfield, Calif.
(Photo by Brent Stirton/Getty Images)
By Sophie Mann

Congressional Democrats and Republicans are raising concerns over China buying prime agricultural real estate across the U.S. – in an apparent, continuing effort to exert influence on the American economy.

More broadly, Congress has recently taken up the issue of American reliance on China in industries including semiconductors and minerals – both of which are key parts of the U.S. supply chain.

Washington GOP Rep. Dan Newhouse says the situation is "leading us toward the creation of a Chinese-owned agricultural land monopoly."

Newhouse drafted an amendment recently added to an Agriculture-FDA spending bill that attempts to blocks new agricultural acquisitions by companies that are controlled, in part or in whole, by the Chinese Communist Party.

She argued that if the focus of the amendment were truly about security, buyers from other foreign nations would be subjected to similar restrictions.

The House measure with Newhouse's amendment is expected to get a final floor vote by the end of the month, though it's unclear what the Senate's version of the appropriations bill will look like.