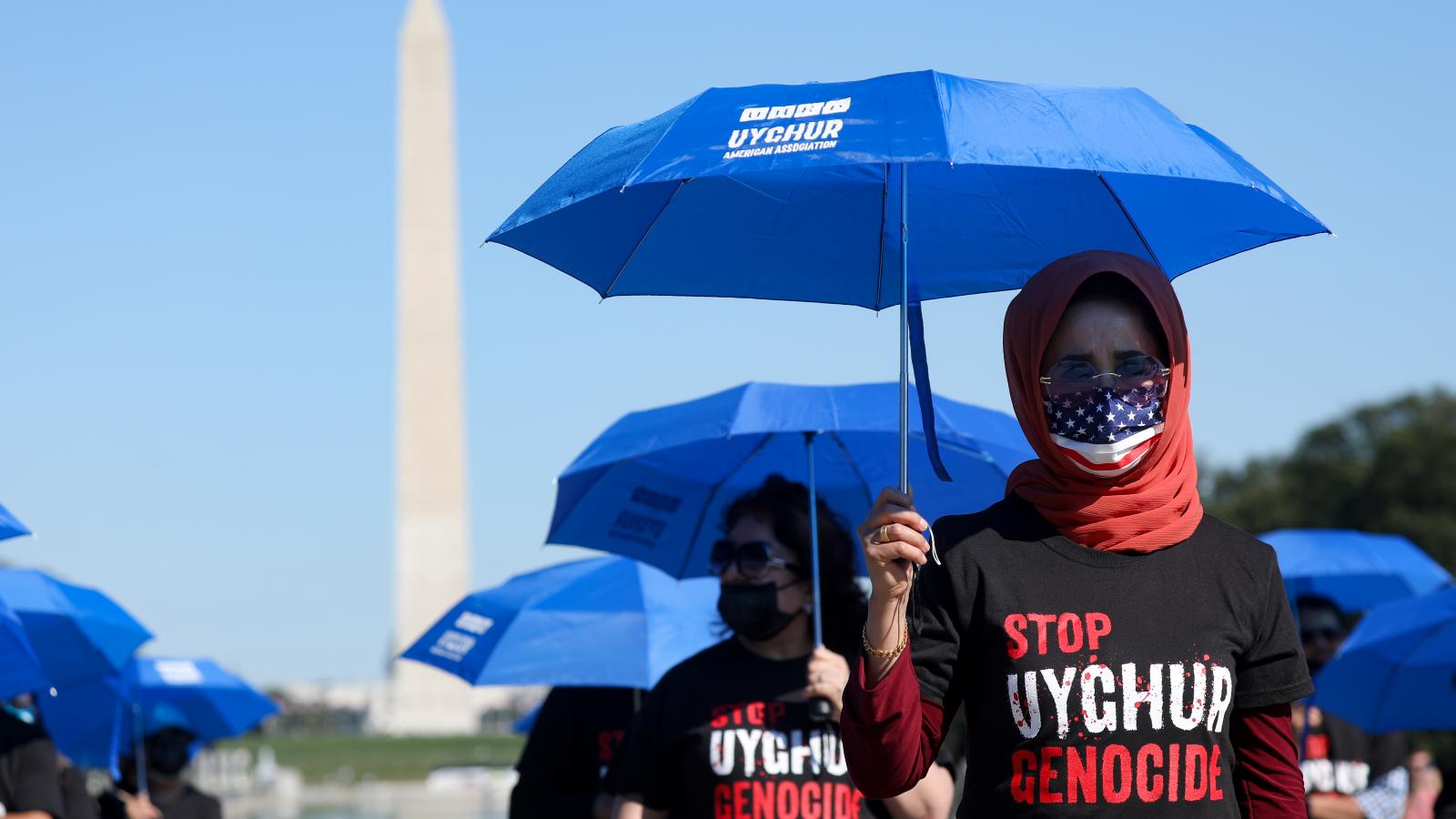 Muslim countries were too intimidated by "China's economic and military strength" to speak up against the communist government's abuse of Uyghurs, a Muslim minority group in Northwest China, former U.S. Ambassador Terry Branstad says.

China's Belt and Road Initiative "obviously ... had some impact," said Branstad, referring to the Chinese government's strategy of heavily funding infrastructure projects around the world to extend Chinese influence and commercial ties.

The Chinese government has "really cracked down" on the Uyghurs, he told the John Solomon Reports podcast on Wednesday.

It's "almost like ethnic cleansing in the sense that they're really trying to take away their culture and their religion," he explained. "And in many cases, they've been forced to go into these reeducation camps to make them loyal Chinese communists, as opposed to, you know, dedicated Muslims."

"When you see what Xi Jinping has said about Taiwan, he wants Taiwan back under mainland China's control on his watch," he noted. "So that's of great concern.

Branstad, who has "had a longtime relationship with Xi Jinping, because I was the first American governor to host him," discussed the diplomatic demarches by the Chinese Ministry of Foreign Affairs during which they would "chew me out for what the United States was doing."

For instance, when the U.S. Navy would travel "through the South China Sea on a regular basis" to show that China would not be allowed to control the international waters where "30% of the world trade goes through," he would receive demarches, of which "there were many," he recalled

"I promise to deliver the message to the president, but I also respond with our position" during such encounters, he said. "So we try to be firm, and ... strong, but not hostile in that response. And so I got used to doing that on a regular basis."

Branstad was asked if he was surprised by the Biden administration largely following the Trump administration's policy toward China. It wasn't "surprising because I think there's a growing bipartisan consensus in the Congress and among the American people that China took advantage of us for too long," he said, "and we need to have more fairness and reciprocity in trade and in other relations."

Branstad stressed the importance of separating "the Chinese people from the government." The former he described as hardworking, committed to their families and educating their children. "Unfortunately, they're saddled with a one-party, communist, totalitarian system," he said.

The Chinese people appreciate American culture and "love the quality and the safety of American food," Branstad added.

With a population of "1.4 billion people, they don't have enough really good land to be able to feed themselves, and so they're very dependent on importing," he explained.

America has "a very different value system" than China, he said. "We value freedom, and they really value stability."