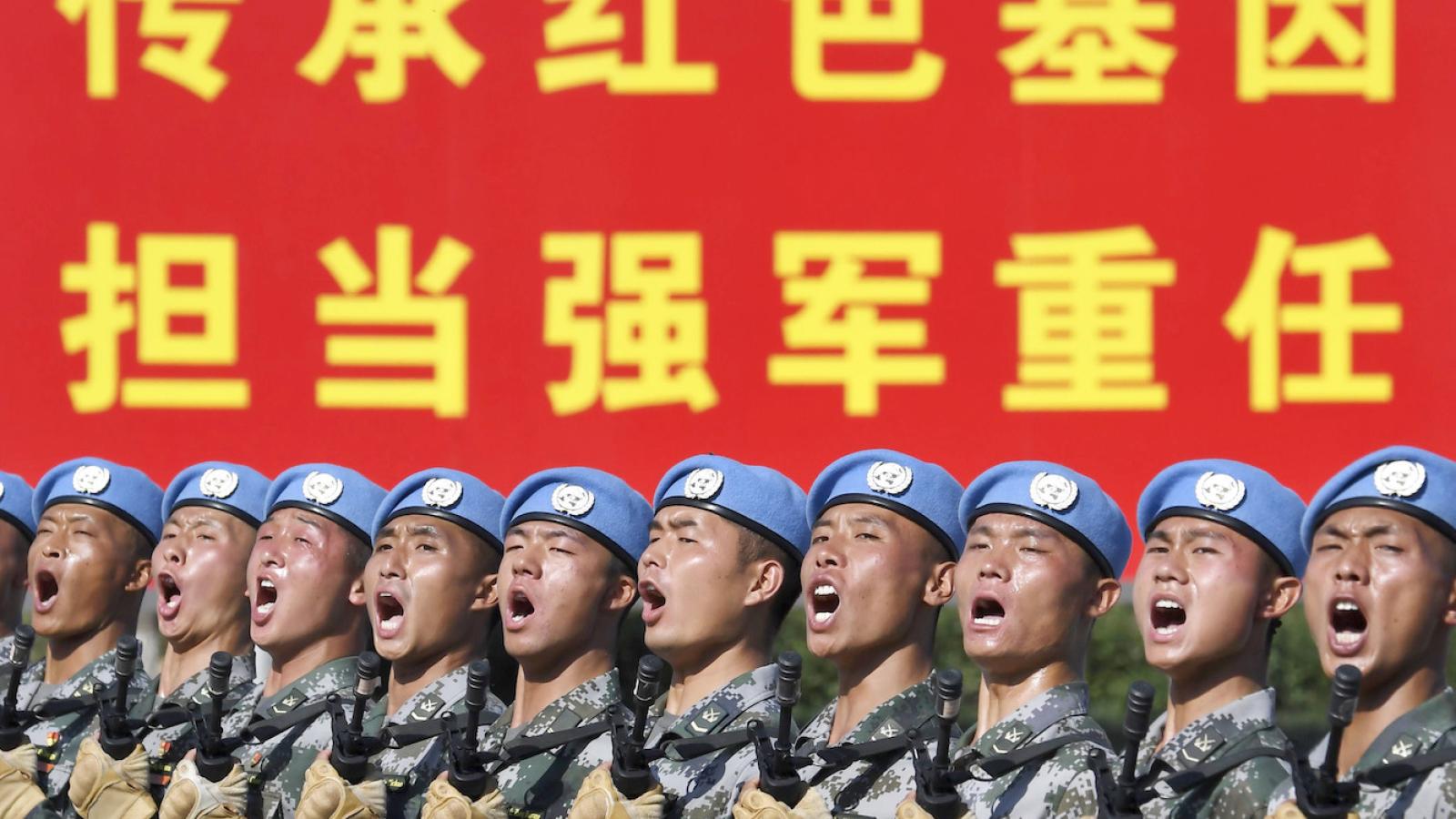 Chinese soldiers practice marching before a military parade celebrating the 70th anniversary of the founding of the People's Republic of China, September 25, 2019, Beijing, China
(Naohiko Hatta/Pool/Getty Images)
By Madeleine Hubbard

China is named as a top threat by most Americans, according to a poll from the Ronald Reagan Institute.

Most Americans from both political parties agree that China poses the biggest threat of all countries, and a majority are concerned about a war between the U.S. and the Communist nation.

"For the first time in our survey, a majority of the American people identify a single country as the greatest threat facing the United States: China. Fifty-two percent of Americans name China when asked which country they see as the greatest threat to the United States, while only 14% say Russia," the Regan National Defense Survey report stated, according to Fox News.

The largest change in opinion came from Democrats, 20% of whom named China in February 2021, compared to 44% in the latest poll.

Both Democrats and Republicans name China's economic power as their top concern. Republicans cite the military as their second issue, while Democrats point to human rights issues.

More than 70% of Americans also fear war with China.

Almost half (47%) stated that they want the United States to fully boycott the Winter Olympics, which are slated to be hosted in Beijing in February 2022. President Joe Biden is currently "considering" a diplomatic boycott of the Olympics.