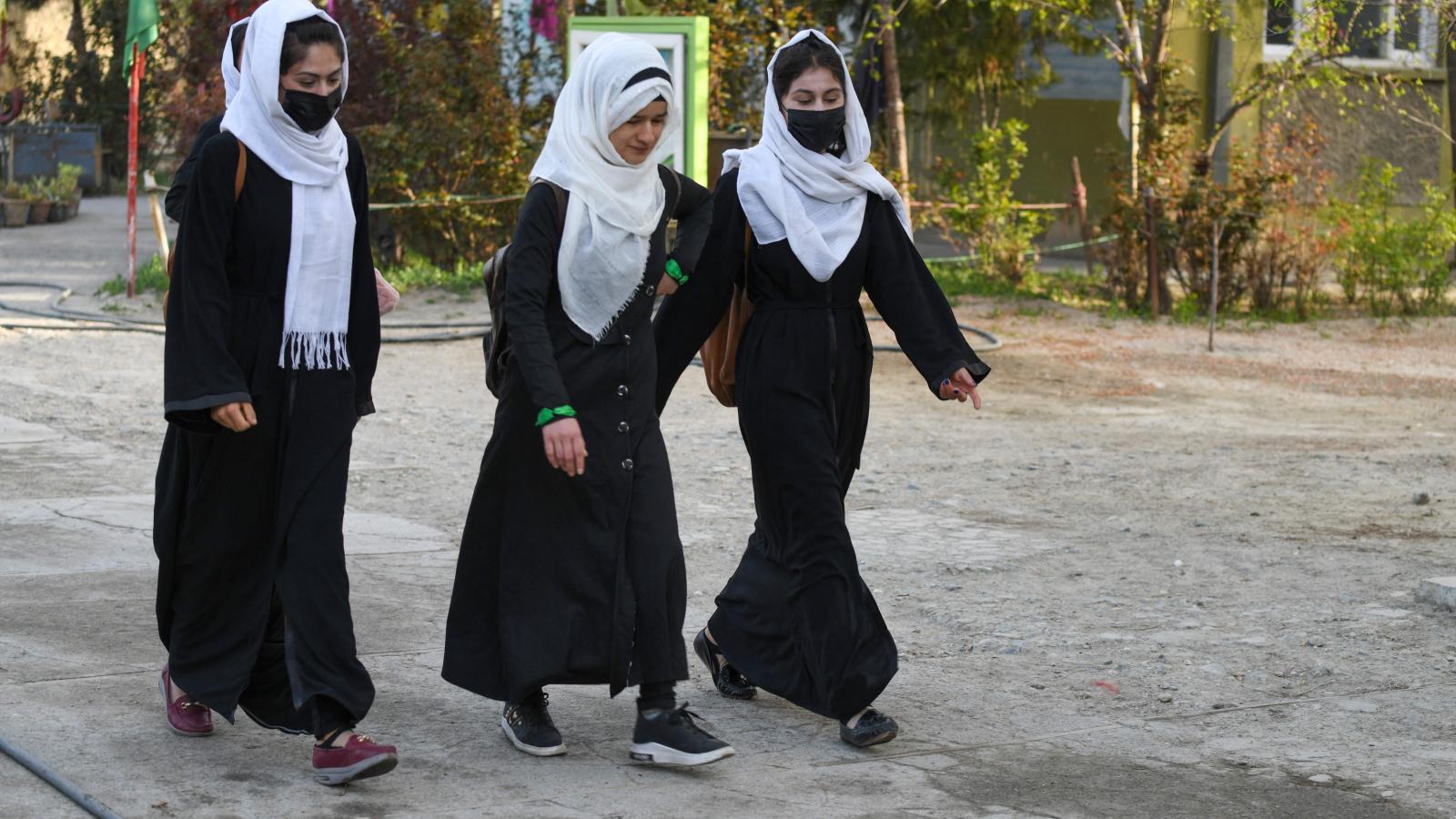 “When I came to school in the early morning, I was so happy, I saw our principal was crying, I did not know the reason. After that, all the students were crying,” a student identified as Uranus told TOLO, an Afghanistan news outlet.

After the Taliban seized power, Afghanistan's Ministry of Education closed schools for girls after 6th grade with the promise to reopen at a later date.

Although schools reopened briefly Wednesday morning, they closed shortly thereafter when the Islamic Emirate said it needs time to develop a plan "drawn up in line with Islamic law and Afghan traditions," reported Bakhtar News Agency, an Afghan-state controlled outlet.

"We are wearing Hijab. We do not know what kind of Hijab they are talking about," student Malalai told TOLO.

The closure may be another sign that the Taliban is returning to the hardline Islamic rule that it held over Afghanistan from 1996 to 2001. At that time, women could not leave the house without a male relative and girls were banned from attending school.

"They claim to be an Islamic country, they say we are the Islamic Emirate; so, they have to act based on the sayings of the Great Messenger of Islam, as he says, both women and men have the right to learn," another student, Malika, told the Afghan outlet.

"We were so excited to return. And now we don't know what will happen to us," student Sakina Jafari said, according to NPR. The 18-year-old hoped to continue her 11 year classes.

Women in some areas of higher education may be continuing classes with great restrictions.

Bakhtar promoted via Twitter on Wednesday that some women graduated from medical school in Kandahar, Afghanistan. Photos of the graduation ceremony showed a divider separating men and women while the women wore niqabs covering their hair and faces.