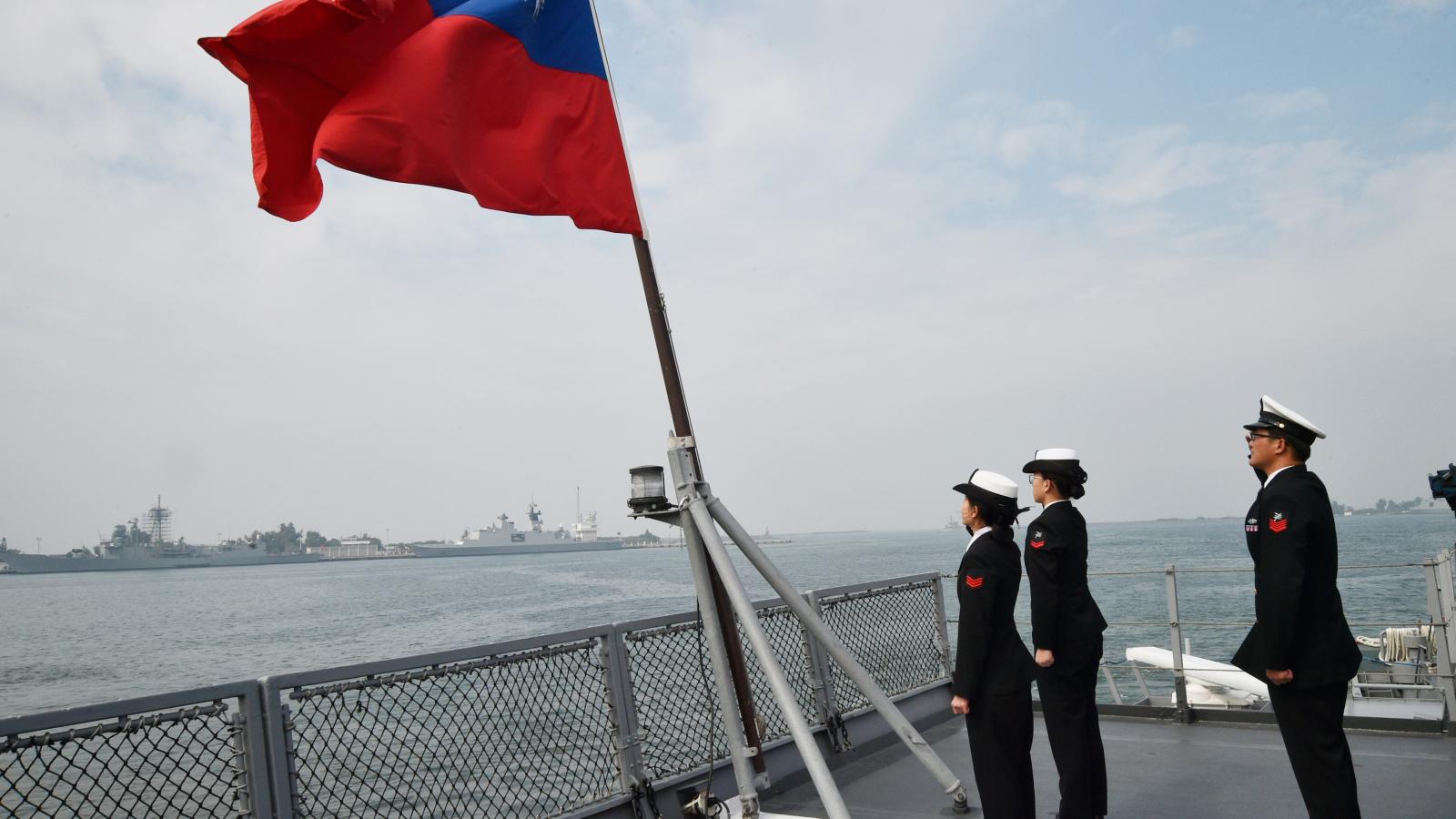 Taiwanese sailors salute the island's flag on the deck of the Panshih supply ship after taking part in annual drills, at the Tsoying naval base in Kaohsiung on January 31, 2018.
Mandy Cheng / AFP via Getty Images
By Ben Whedon

The United States and Taiwan will hold formal trade talks and discuss a range of economic and political issues, diplomats announced, amid escalating talk from Beijing of annexing the island.

"Today, we begin negotiations with Taiwan under the auspices of [the American Institute in Taiwan] and [the Taipei Economic and Cultural Representative Office] that will deepen our trade and investment relationship, advance mutual trade priorities based on shared values, and promote innovation and inclusive economic growth for our workers and businesses," Deputy United States Trade Representative Sarah Bianchi said, according to Fox News.

"We plan to pursue an ambitious schedule for achieving high-standard commitments and meaningful outcomes covering the eleven trade areas in the negotiating mandate that will help build a fairer, more prosperous and resilient 21st century economy," she continued.

Prior to House Speaker Nancy Pelosi's diplomatic visit to Taiwan, Chinese officials began a dramatic escalation of their rhetoric surrounding China's claims to the island, threatening military intervention against U.S. diplomats and armed forces should they intervene in Sino-Taiwanese disputes.

Both the People's Republic of China in Beijing and the Republic of China in Taipei adhere to the "One China Principle," an unusual diplomatic arrangement espousing the existence of a single, unified Chinese state that rightly governs the territory of both governments, though each regime claims to be the legitimate authority of that polity.

Taiwan does not formally claim independence and the communist government in Beijing has never administered the island. Taiwan became the last bastion of the Republic of China in 1949 when nationalist leader Chiang Kai-Shek ordered his forces to evacuate to the island following their defeat in the Chinese Civil War.