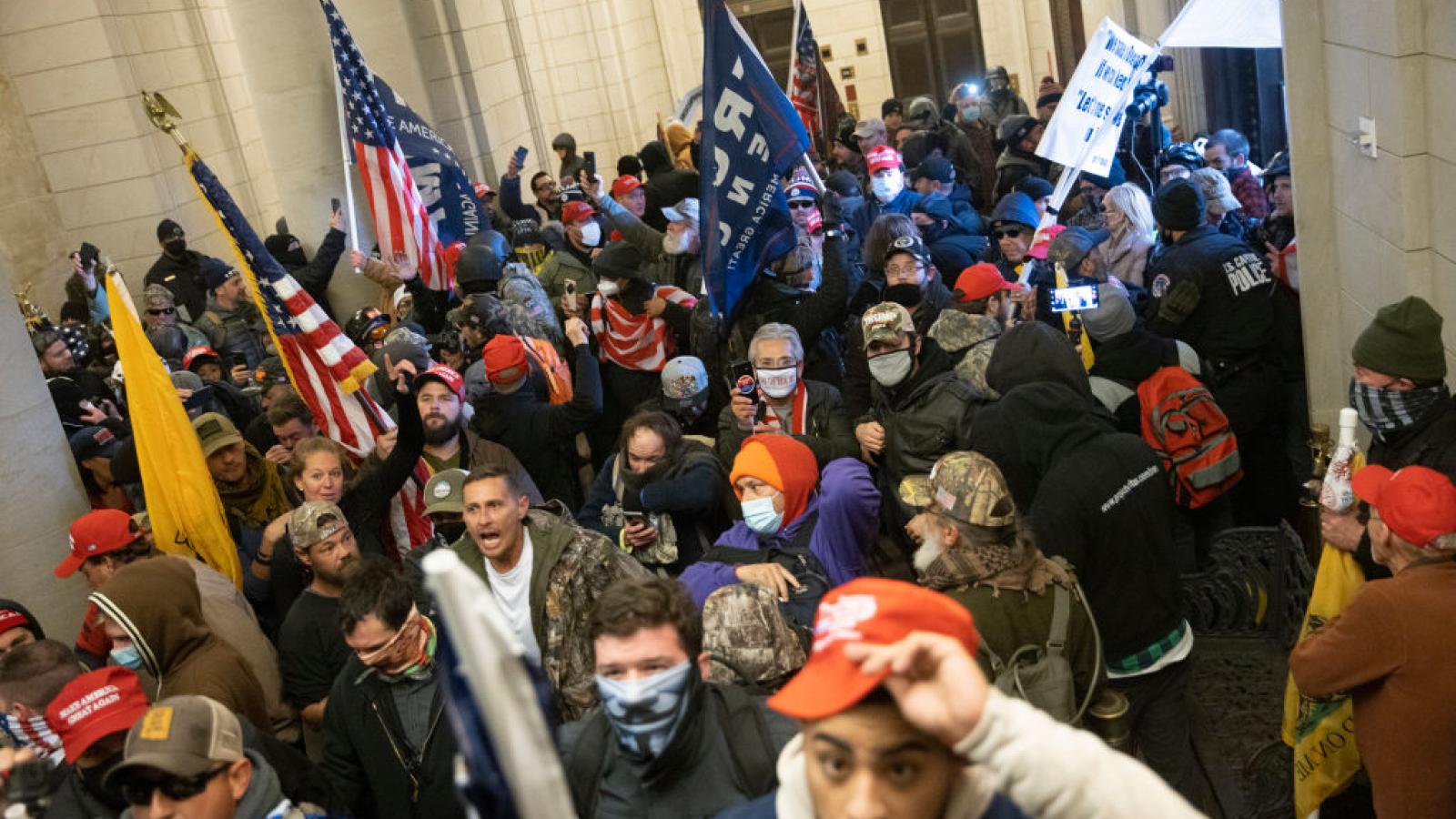 Rioters at the Capitol, Jan. 6
(Win McNamee/Getty)
By Colton Salaz

A California man is seeking political asylum in Belarus after fleeing the U.S. due to his alleged participation in the Capitol riot on Jan. 6.

According to The Hill, 48-year-old Evan Neuman recently gave an interview to a Belarusian state-run media outlet where he detailed his reasons for fleeing the U.S. after charged with multiple crimes connected to the Jan. 6 riot.

In the interview segment entitled “Goodbye America,” Neuman said he fled the U.S. on the advice of his lawyer after he was charged with six criminal offenses, two of them being felonies.

During the segment, Neuman detailed the extraordinary lengths he took to evade arrest by U.S. law enforcement in order to get to Belarus, while calling the charges against him “political persecution” as well as being “unfounded.”

Neuman said he first fled to Switzerland, then to Italy and finally Ukraine where he allegedly was detained by Belarusian police for illegally crossing into the country via Ukraine. Neuman also claims he was detained while crossing through the heavily guarded abandoned city of Pripyat, a toxic nuclear waste site following the Chernobyl nuclear meltdown.

According to the Washington Post, Neuman chose Belarus because it does not have an extradition treaty with the U.S. government. The country’s authoritarian leader President Alexander Lukashenko has mocked the U.S. following the Capitol riot.

“In our country, protesters and other dissatisfied people don't storm government agencies and capitols," Lukashenko said in January after the Capitol breach. "We have a completely normal situation from the perspective of the development of democratic processes.”

Neuman is currently facing six criminal charges in the U.S., including two felonies for allegedly physically assaulting a police officer and for engaging in civil disorder.