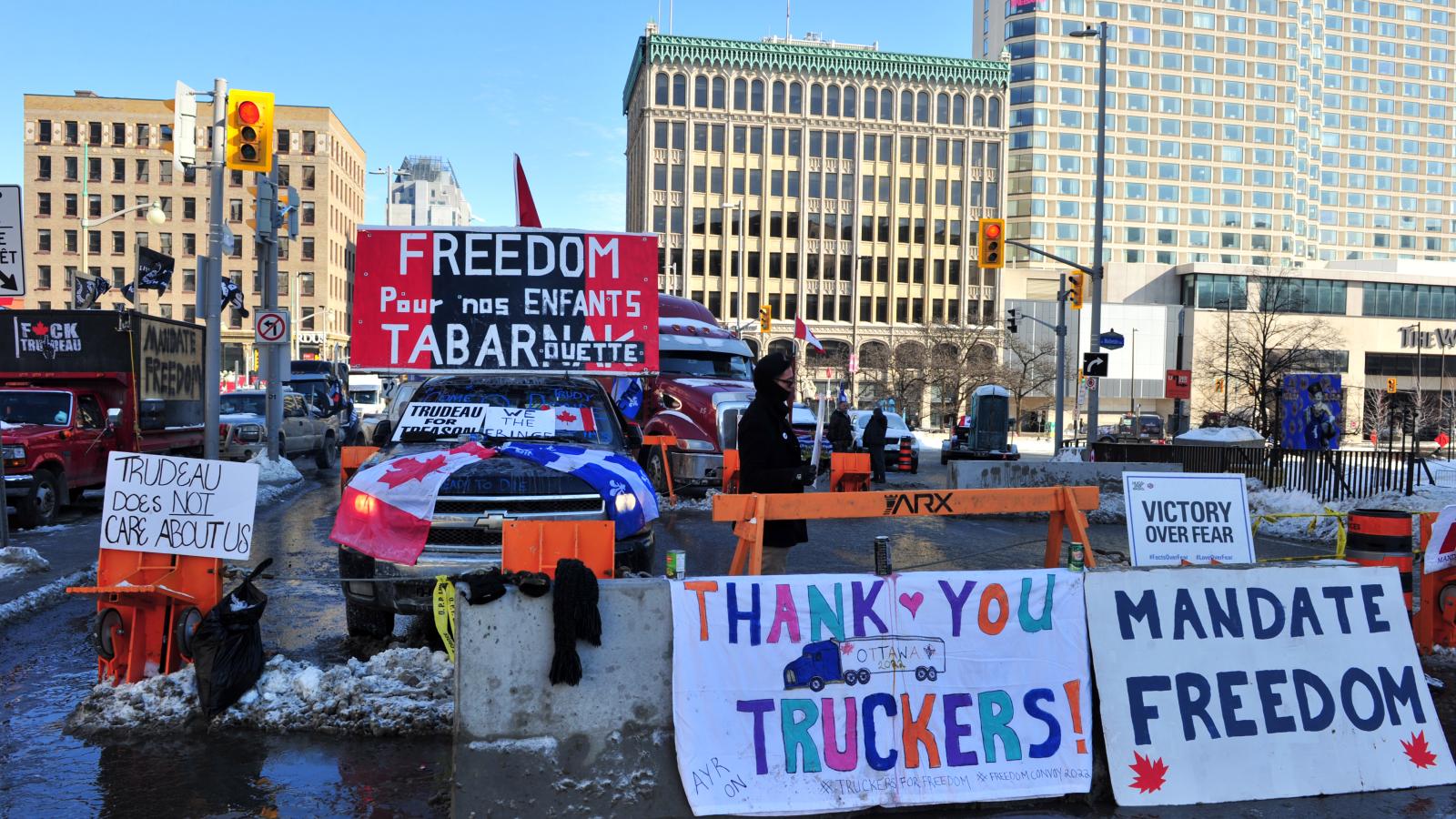 Tanya Gaw, who helped organize the Canadian "Freedom Convoy" trucker movement, dispelled the media narrative that Ottawa residents don't support the truckers protesting the country's COVID-19 mandates in the capital city in an interview Monday night on the "Just the News" TV show.

The movement began after the Canadian and American governments implemented COVID vaccine mandates for truckers crossing the U.S.-Canada border. The convoy in Ottawa is in its second week and has inspired similar movements across the U.S., Europe, and Australia.

Gaw, founder of Action4Canada, discussed an Ontario judge's ruling outlawing honking in downtown Ottawa for 10 days. While "it could be understandable" that the consistent noise would "put out" the residents "that live there," she acknowledged, "what is the greater harm that's being done here: losing your freedoms completely to a tyrannical leader, or having to put up with some noise, temporarily?"

"[I]t is a very small group, if any, in Ottawa, that are supporting" Prime Minister Justin Trudeau's attack on the Canadian truckers, Gaw told show hosts John Solomon and Amanda Head. "They have to look hard to find individuals even to interview who do not support our truckers."

"There's an adopt-a-trucker campaign," she explained. "We have amazing citizens in Ottawa who are bringing truckers in and allowing them to do their laundry and to have a shower and a warm meal. I've heard amazing stories of families who have brought truckers to their homes and even wash their vehicles. It is a beautiful and amazing thing."

In a POLITICO article published on Sunday, the headline read, "Ottawa truckers' convoy galvanizes far-right worldwide." A Bloomberg article on Sunday was titled "Ottawa Declares Emergency as Protests Spin 'Out of Control.'"

Trudeau has refused to meet with the convoy. "Individuals are trying to blockade our economy, our democracy, and our fellow citizens' daily lives," he said. "It has to stop."

The Canadian prime minister previously called the truckers a "small fringe minority of people ... who are holding unacceptable views that they are expressing, do not represent the views of Canadians," according to Global News.

Recalling that she had "been hoping and praying that some sector would understand how much power they have, if they unite," Gaw said that the "tremendous" trucker movement has "become a worldwide event."

"I'm also praying that more sectors will get involved," she said. "I've been meeting with teachers and nurses, and if we take a look at our education system and school staff, if they were to unite — even if 30% of them were to walk off the job — they would have negotiating power."

"It's unlawful, what's happening," Gaw said of the vaccine mandates. "You can't mandate medical information from someone that's protected by the Privacy Act. There are laws against extortion and intimidation.

"And so that's another level that Action4Canada is also addressing ... We're not only saying, 'Support the truckers,' but 'Do your part.' What can you do as a Canadian, as a citizen, a citizen of the world, to tell the government, 'We are no longer going to comply with these unlawful orders, nor should we have to.' Freedom is ours for the taking. We just got to stand up and say, 'No more.'"

She hopes the trucker movement takes off in Washington, D.C., "and that these leaders understand that there's more of us than them," she said, "and that although they've hung on to this power for a short time, they're quickly losing grip of it."