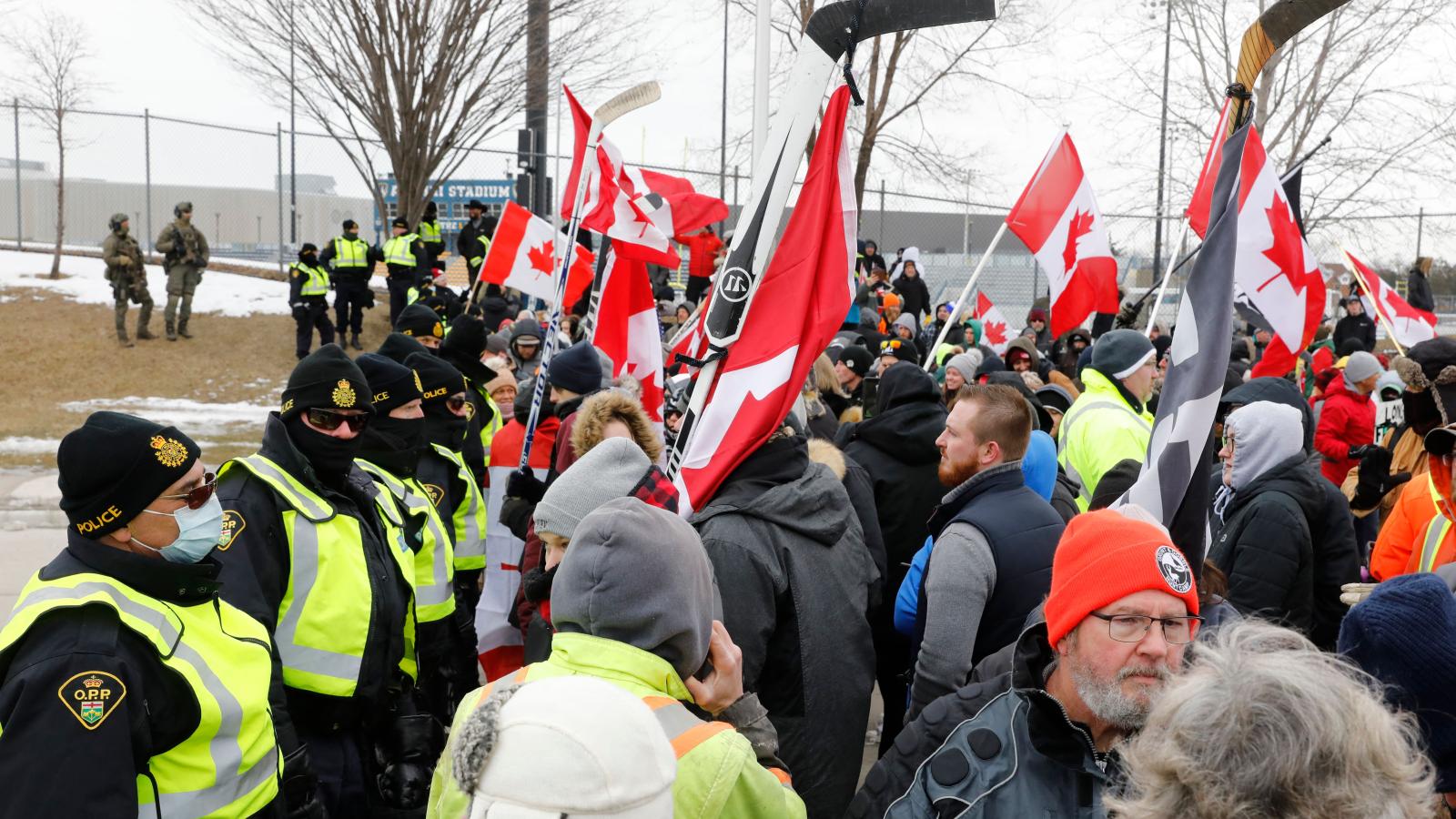 Police in Ontario on Sunday arrested protesters still blocking the Ambassador Bridge, seeking to clear the major trade route between Canada and the United States after days of COVID-19 restriction protests that captured the world's attention.

Windsor police told the Associated Press that arrests began and vehicles were towed starting just after dawn at the bridge linking Detroit and Windsor, Ontario — the busiest northern border crossing to the U.S.

"Television images showed officers detaining protesters. Only two pickup trucks and less than a dozen protesters blocked the road to the bridge before police moved in. Afterward, police barricades remained and it was not immediately clear when the bridge might be opened," AP reported.

Scores of law enforcement had descended on the bridge Saturday after Ontario set a deadline for ending the protests, and officers negotiated for many to leave the bridge and remove their trucks before Sunday morning.

Canadian police faced criticisms for not moving more quickly after the deadline expired.

"At what point does the failure or unwillingness of a police service to enforce a court ordered injunction cross over to contempt of court?" Canadian Senator Paula Simons tweeted.

Prime Minister Justin Trudeau, however, may have been one of the largest recipients of Canadian's growing angst. A Maru poll released Saturday found only 16% of Canadians would vote again for Trudeau, while 48% thought he wasn't up to the prime minister's job.