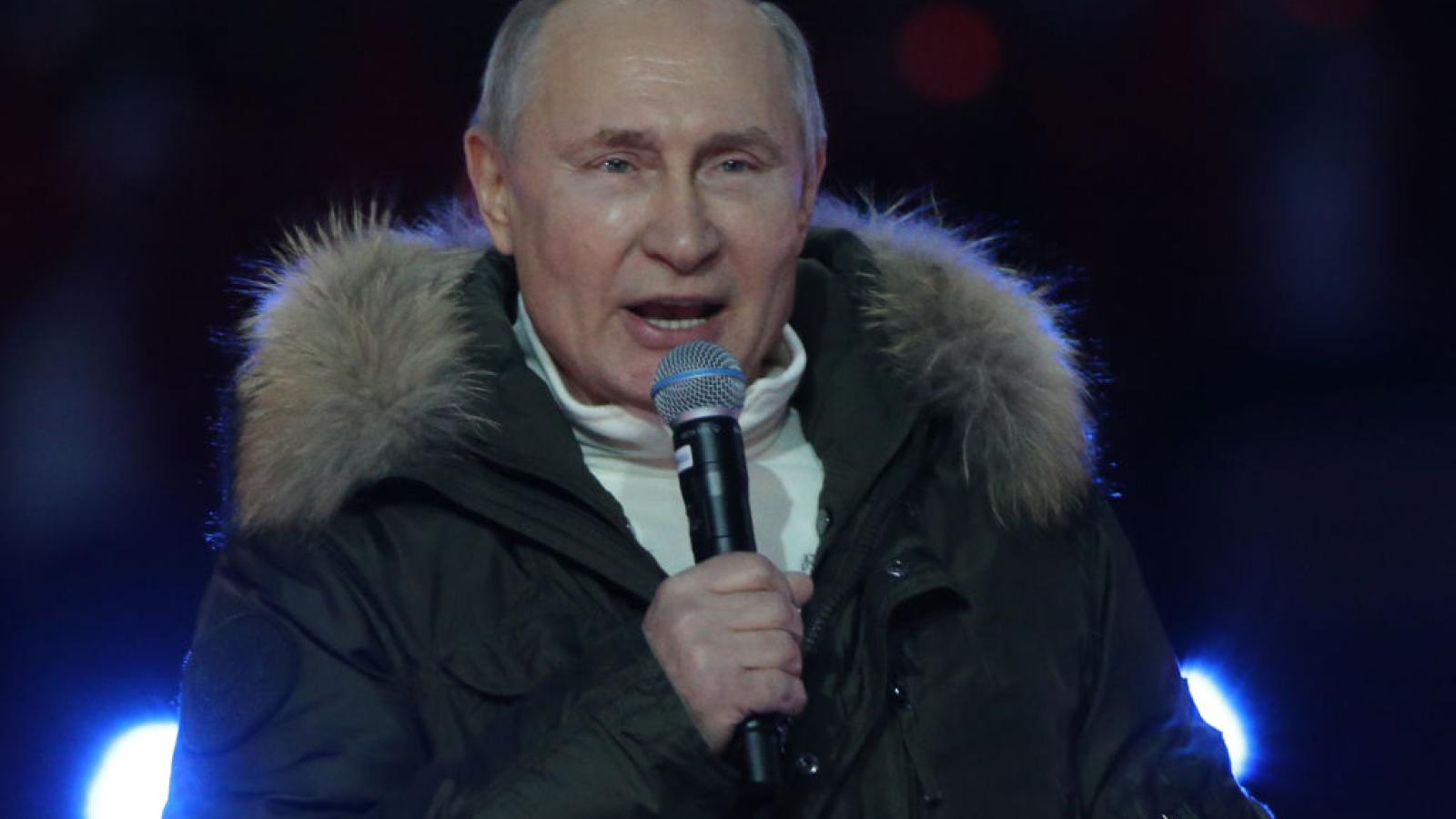 Russian President Vladimir Putin has suggested that he and American President Joe Biden engage in a live public "discussion."

The Russian leader's proposal comes after Biden, when asked earlier this week during an ABC News interview whether he believes Putin is a killer, responded that he does believe that.

A U.S. intelligence report indicates that Putin authorized influence operations related to the 2020 U.S. election, and during the interview Biden said that Putin "will pay a price." Biden said that he told Putin: "If I establish this occurred, then be prepared."

The intelligence report states in part: "We assess that Russian President Putin authorized, and a range of Russian government organizations conducted, influence operations aimed at denigrating President Biden's candidacy and the Democratic Party, supporting former President Trump, undermining public confidence in the electoral process, and exacerbating sociopolitical divisions in the US."

"I've just thought of this now," the Russian president told a Russian state television reporter, according to ABC News. "I want to propose to President Biden to continue our discussion, but on the condition that we do it basically live, as it's called. Without any delays and directly in an open, direct discussion. It seems to me that would be interesting for the people of Russia and for the people of the United States."

Putin suggested that the "discussion" with Biden could be held on Friday or Monday: "I don't want to put this off for long. I want to go the taiga this weekend to relax a little," Putin said. "So we could do it tomorrow or Monday. We are ready at any time convenient for the American side."

When asked during Thursday's press briefing if the idea is one that the administration would consider, White House Press Secretary Jen Psaki told the reporter she would need to "get back to you if that is something we are entertaining," and noted that Biden will be busy in Georgia on Friday.