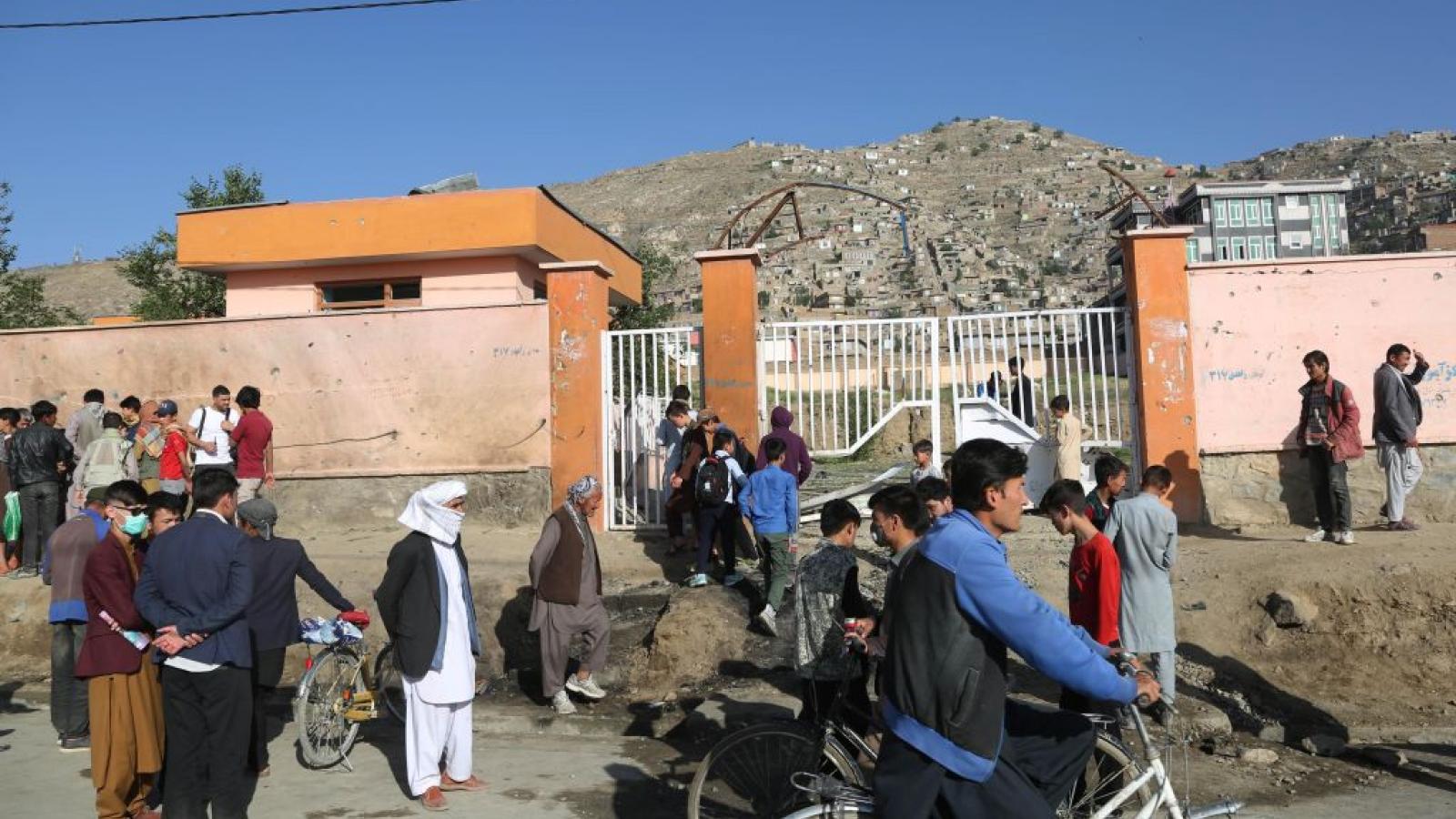 Photo on May 9, 2021 at site of car bomb attack in Kabul, Afghanistan
(Rahmatullah Alizadah/Xinhua via Getty Images)
By Alex Nitzberg

More than five dozen are dead and more are wounded in the wake of a Saturday bombing outside of a school in Kabul, Afghanistan.

A car bomb exploded in front of a school and two additional bombs blew up when panicked pupils rushed out, according to Reuters, which noted that officials indicated that most of the deceased were schoolgirls. The number of fatalities had increased to 68, officials said Sunday.

"The first blast was powerful and happened so close to the children that some of them could not be found," an Afghan official who wished to remain anonymous said, according to Reuters.

An eyewitness told the outlet that all but seven or eight of the victims were schoolgirls heading home after concluding their studies.

President Ashraf Ghani assigned guilt to Taliban insurgents but a Taliban spokesman claims they were not involved and denounced attacks against Afghan civilians, according to Reuters.