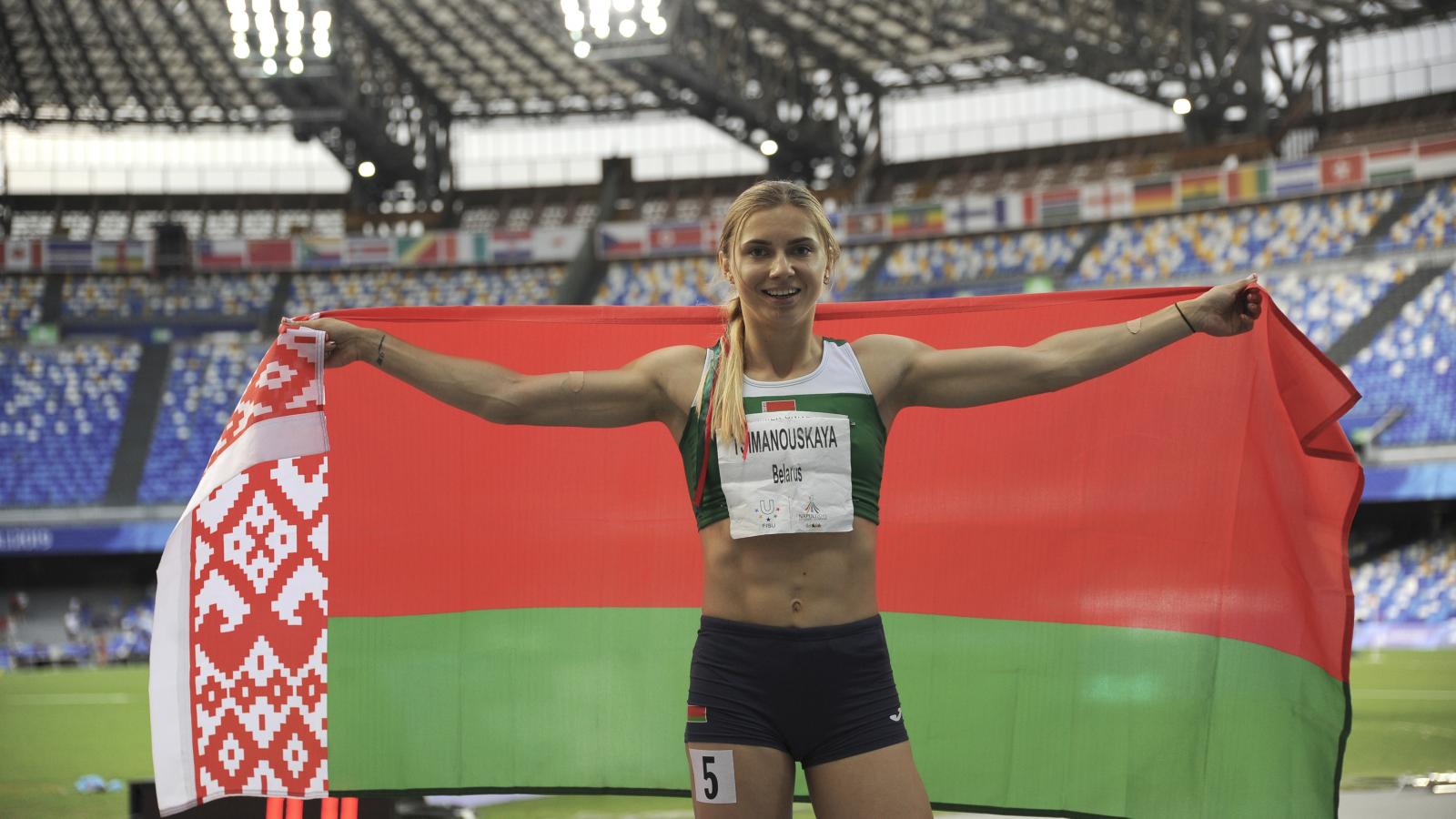 Olympic Belarusian sprinter Krystsina Tsimanouskaya refused to board a flight from Tokyo on Sunday after she said she was taken to the airport against her will.

The athlete said that coaching staff came to Tsimanouskaya's room on Sunday and told her to pack, after which she said representatives of the Belarusian Olympic team took her to Tokyo's Haneda airport, Reuters reported.

At the airport, Tsimanouskaya refused to board the plane and instead went to the Japanese police for protection. "I will not return to Belarus," Tsimanouskaya told Reuters in a Telegram message.

The Belarusian Sport Solidarity Foundation, "which supports athletes jailed or sidelined for their political views," published a Telegram video of Tsimanouskaya asking the International Olympic Committee (IOC) to get involved in her case, Reuters reported.

The IOC said it spoke to Tsimanouskaya and that a Tokyo 2020 staff member was accompanying her at the airport. "She has told us she feels safe," the IOC posted on Twitter.

The Belarusian Sport Solidarity Foundation said Tsimanouskaya was planning on seeking asylum in Austria or Germany on Monday, and Poland also responded to the foundation's request for assistance.

Tsimanouskaya, 24, ran in the women's 100 meters on Friday and was schedule to run in the 200 meters on Monday and 4x400 meters on Thursday.

"The Belarusian Olympic Committee said in a statement that coaches had decided to withdraw Tsimanouskaya from the Games on doctors' advice about her 'emotional, psychological state,'" according to Reuters.

Tsimanouskaya said the coaches took her off the team because she spoke out on Instagram "about the negligence of our coaches."

In the post, she claimed that after some of her team members were unable to fly to Tokyo and compete in the 4x400 meters because they had not taken enough doping tests to participate in the games, her coach "added me to the relay without my knowledge. I spoke about this publicly. The head coach came over to me and said there had been an order from above to remove me."

Yuri Moisevich, the head of the Belarus athletics team in Tokyo, "told state-owned broadcaster STV that the decision had been taken to make changes to the relay team, but they did not announce it immediately so as not to disrupt the athletes' preparation," according to Reuters.

"We intended to tell her everything, to explain it, especially as she was a reserve," Moisevich said.

Belarus President Alexander Lukashenko has been in power since 1994. Last year, there were mass demonstrations over claims that recent elections were rigged elections. Lukashenko "ordered a violent crackdown on protesters," Reuters reported.

During the protests, Olympic basketball player Yelena Leuchanka and decathlete Andrei Krauchanka, along with other Belarusian athletes, were jailed after their involvement.

The president of the Belarus Olympic Committee, Viktor Lukashenko, is the president's son.