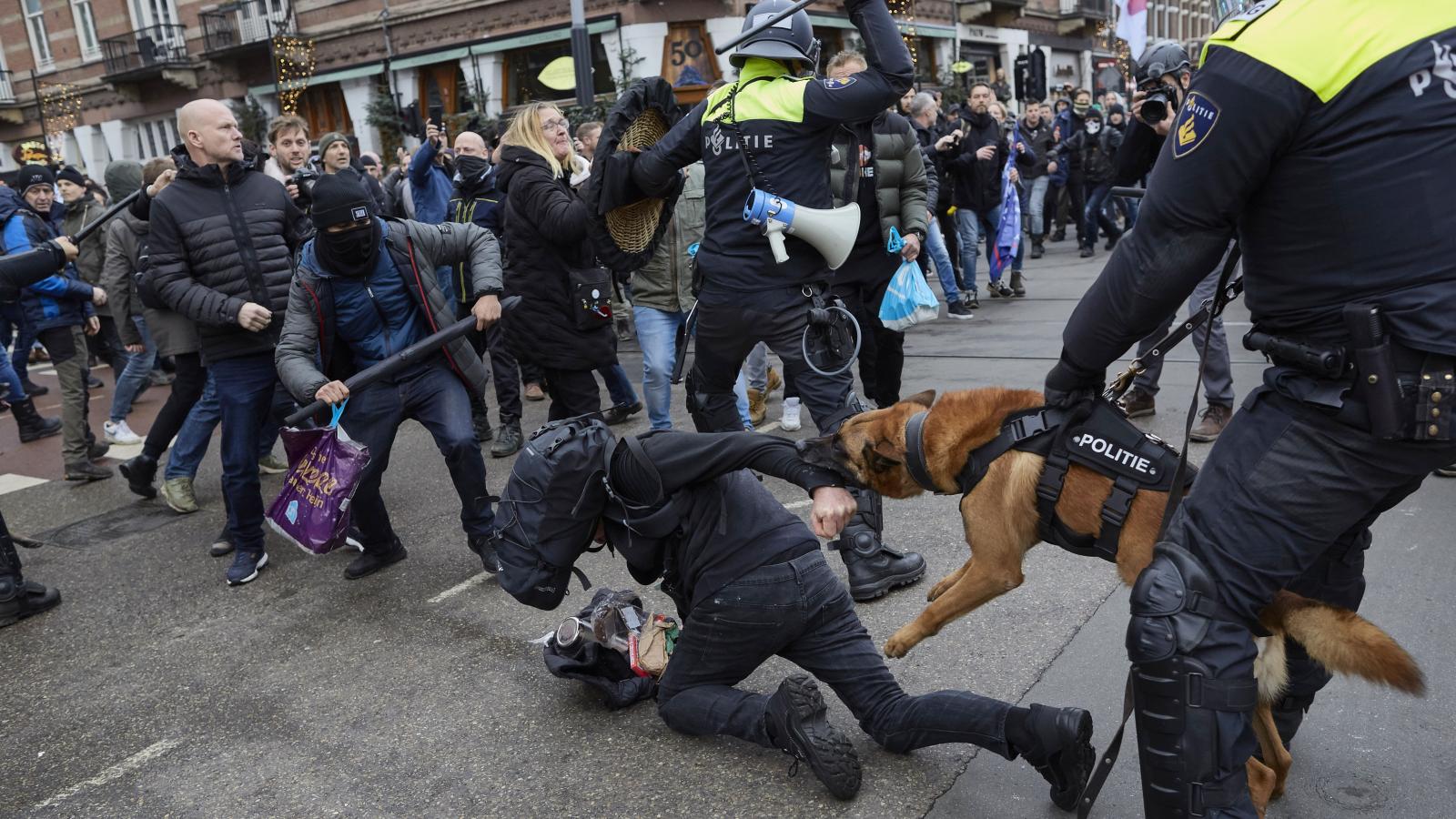 An anti-lockdown protest in Amsterdam turned violent when police used batons and at least one biting dog to disperse the crowd as shown in viral video footage.

Dutch riot police decked out in helmets, shields and batons broke up a protest of several thousand people who had gathered Sunday to protest COVID-19 lockdowns and vaccinations. The group ignored the mayor's emergency orders to not march and instead walked down a main road.

Public gatherings in the Netherlands are limited to two people under current measures, Reuters reported. Businesses deemed non-essential, such as restaurants and gyms, are closed until Jan. 14.

The German Sheperd on film clamped onto a man's arm for about 20 seconds. It is unclear how the incident concluded or if the protester was hospitalized.

At least five police dogs barked at protesters in other clips. It is unclear whether any other dogs attacked protesters other than the one on video.

Another group of people present wore all white and held signs with anti-lockdown phrases such as "1984 = REAL" and "It’s not about a virus, it’s about control."

Dutch riot police planned on beginning a strike that day "against the excessive work and scheduling pressure," Netherland Times stated.