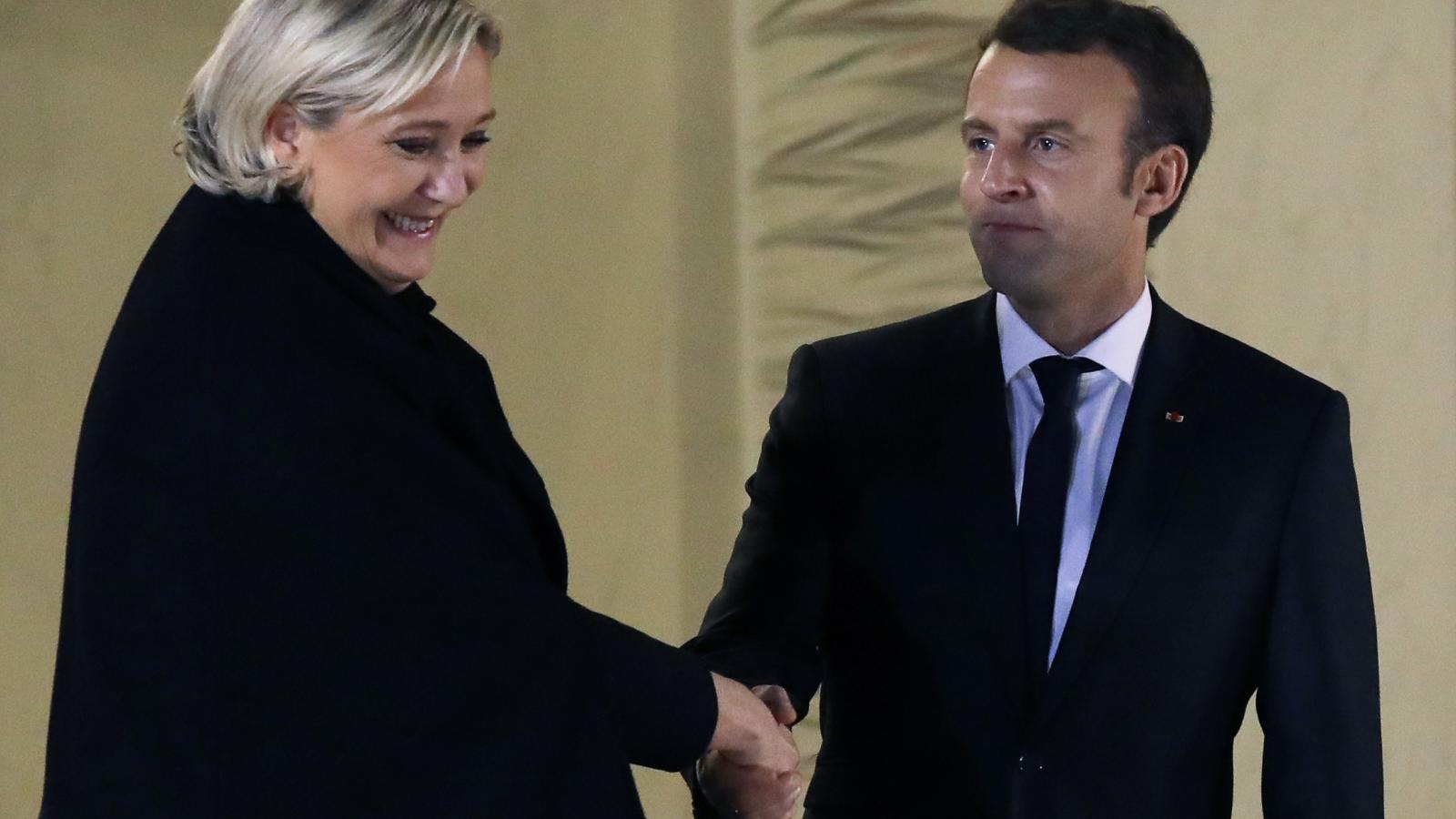 French President Emmanuel Macron claimed triumph over his conservative opponent Marine Le Pen, but this time, his margin of victory was smaller than in 2017.

With 97% of the results in, Macron has received 57% of the vote in Frances' runoff election compared to Le Pen's 43%, according to the French Interior Ministry.

The French president thanked his supporters, specifically those who voted for him out of dislike of Le Pen. She has been accused of being far-right for her views on immigration and other social issues.

"To those who voted for me, not to support my ideas but to block those of the extreme right, your vote obliges me. This evening, I am no longer the candidate of one camp, but the President of all," he wrote on Twitter, as translated.

The election comes during heightened tensions in Europe due to Russian President Vladimir Putin's invasion of Ukraine. Le Pen has also been accused of being an ally to Putin, but Macron has come under fire for avoiding the word "genocide" to describe Russia's actions in Ukraine.

"After 5 years of transformations, happy and difficult times, exceptional crises too, I want to thank the French men and women who have placed their trust in me to preside over our Republic for the next 5 years," Macron added after his projected victory.