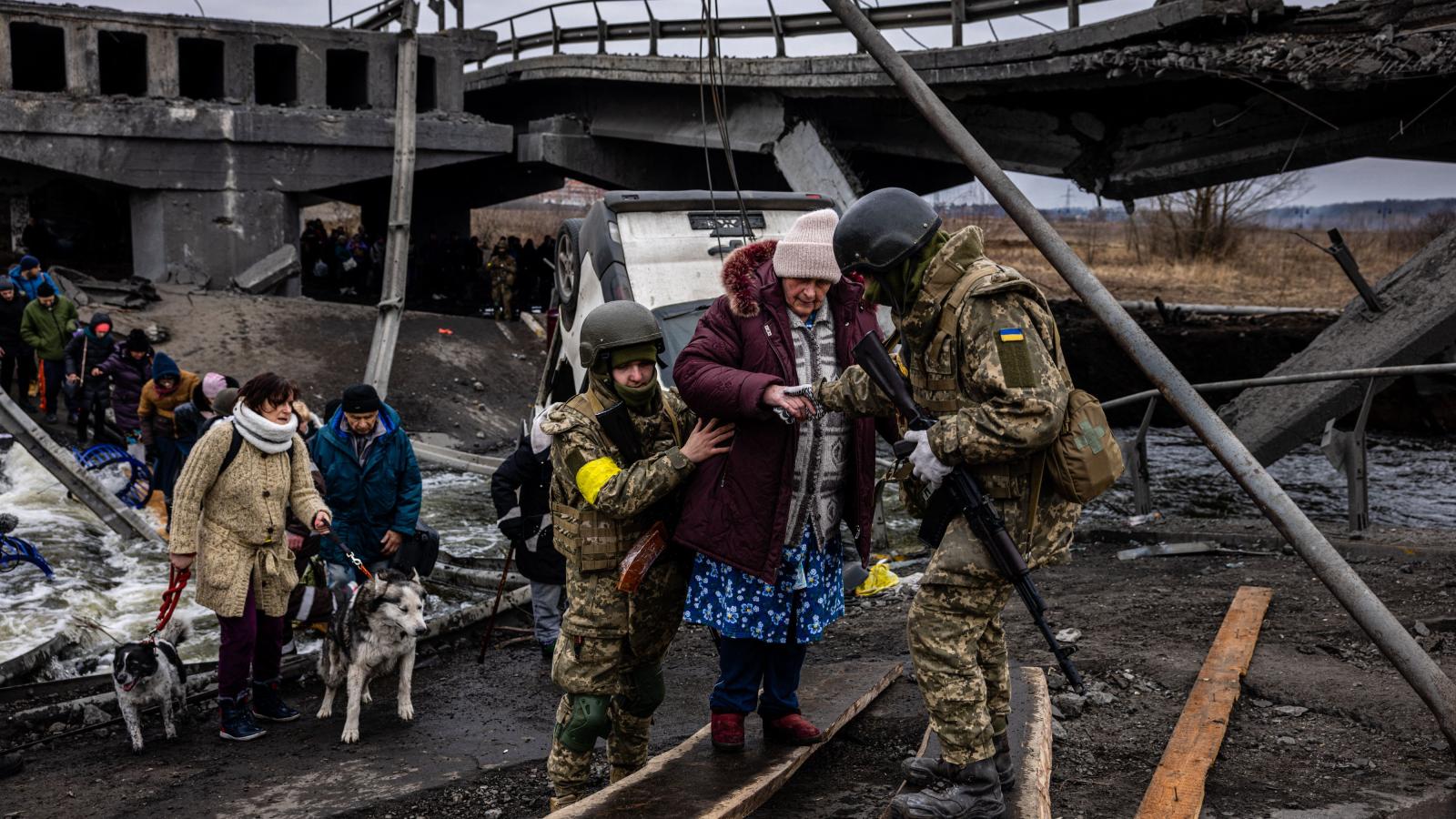 Hand-to-hand combat and street battles are now occurring in the streets of Irpin, a northwestern suburb of Kyiv, Ukrainian servicemen and civilians report as Russia's invasion continues.

"There is real street fighting now," a Ukrainian lieutenant paratrooper called Stas told AFP as gunfire and explosions rang out in Irpin.

"In some places, there is hand-to-hand combat," Stas told the outlet.

He described the Russian forces: "There is a huge column -- 200 men, 50 light armoured vehicles, several tanks."

He told AFP that he is not optimistic.

"We are trying to push them out, but I don't know if we'll be fully able to do it," he said. "The situation is very unstable."

A resident of Irpin's sister town of Bucha described the invading troops as special forces. Vitaliy Shichko, 47, spoke to AFP with one bandage over bullet wounds on his left wrist and another over bruises on his face.

"On Friday morning, there was a Ukrainian flag over Bucha, and then the Russian teams started coming in," he said.

"At first, they seemed to be sending in people they weren’t afraid of losing," Shichko told AFP. "But when I was hiding in the basement, the Russians who found us were serious, well-equipped, with torches and full communications –- basically, special forces."

Ukrainian service members told AFP that Russian snipers are attacking civilians. Some witnesses said that Russian troops are forcing people from their homes in order to shoot from new locations.

"After that, they started shooting exclusively at civilians," he told AFP.

Lokhmitskiy fought in other wars before but said the violence is at a new level.

"I also fought. This is my third war. But this never used to happen," he said. "No one shot at civilians back then."