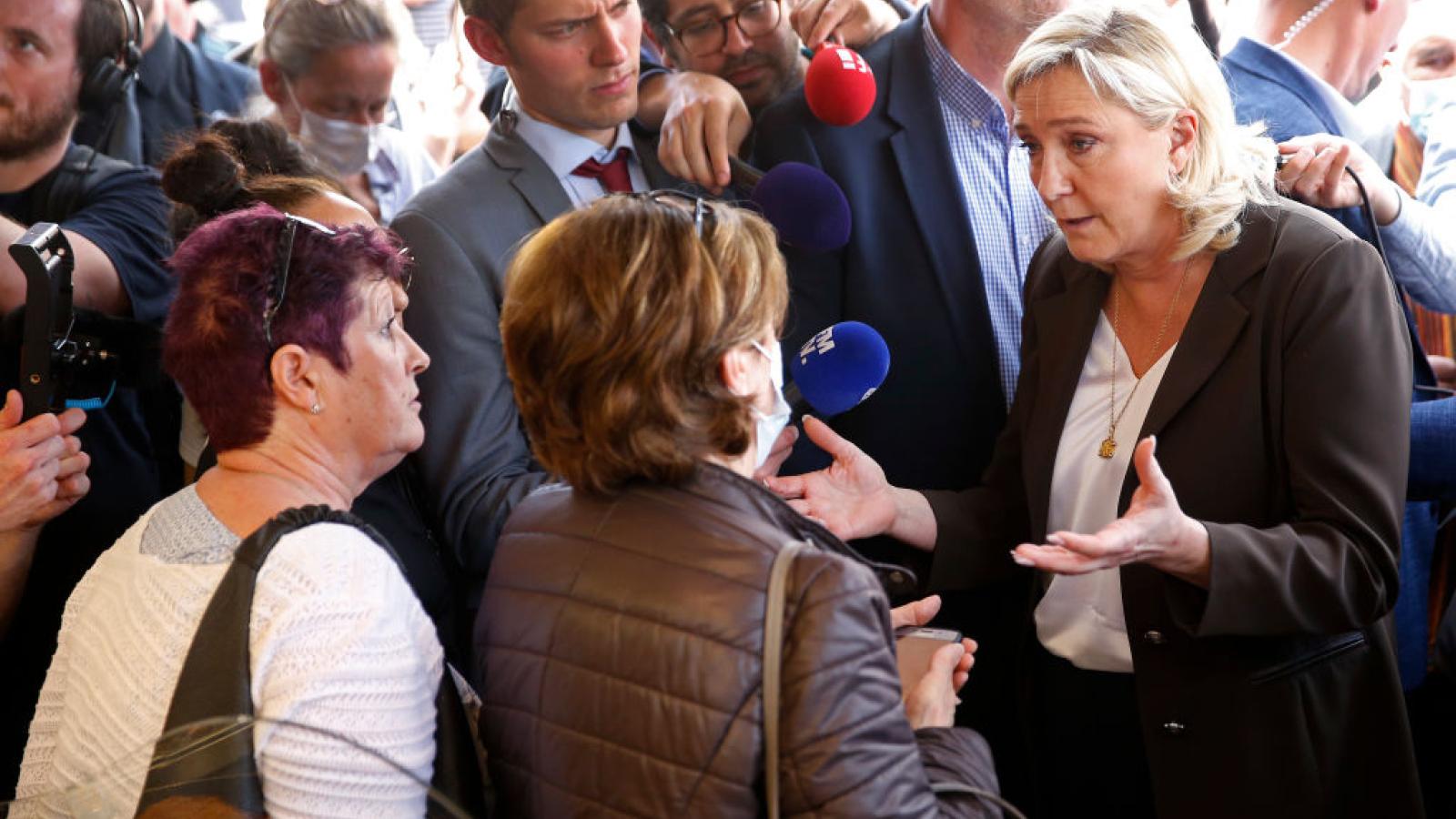 Far-right French presidential candidate Marine Le Pen has vowed to ban the wearing of head scarves in public, should she be elected during a second round of voting next Sunday.

Religious freedom is among the top issues for French voters in the tight race between Le Pen and incumbent Emmanuel Macron.

Le Pen, an anti-immigration, French nationalist, says the head scarf is "an Islamist uniform" and a sign of commitment to an anti-Western interpretation of the Muslim faith.

"The head scarf is in reality an Islamist uniform, it is not a Muslim uniform, and that makes all the difference. It is the uniform of an ideology, not of a religion," said Le Pen during a Franc Inter radio interview.

"This ban ... is based on the battle against Islamist ideologies," she also said, arguing it it is a response to a direct threat, rather than a commitment to France's model of secular society, a concept called laïcité.

Le Pen has also said she will ban the ritual slaughter of animals required to produce both halal and kosher meat.

France's chief rabbi and the president of the Israelite Central Consistory declared that such a command would be "a serious attack on the free practice of religion that is a foundation of our Constitution."

While Muslim leaders have condemned Le Pen, they have not encouraged support for Macron, whom they largely feel has let their community down over the last half-decade.

Since 2011, it has been illegal to wear in public a face-covering Niqab or burqa that covers the entire body, but head scarves have been allowed.

The roughly 11-year-old law was passed as an effort to combat "Islamist separatism" and has led to the closing of some mosques and Islamic associations believed to foster radicalism.

Roughly 8% of the French population is Muslim, making it the largest population in western Europe.

The French government has struggled with its relationship with the Muslim population, due in large part to a number of jihadist terror attacks in recent years.

Though the race remains close, Macron's has slightly expanded his lead in the past few days, with religious freedom a major voter issue.